Why Santa should ditch his sleigh for a pair of Lamborghinis 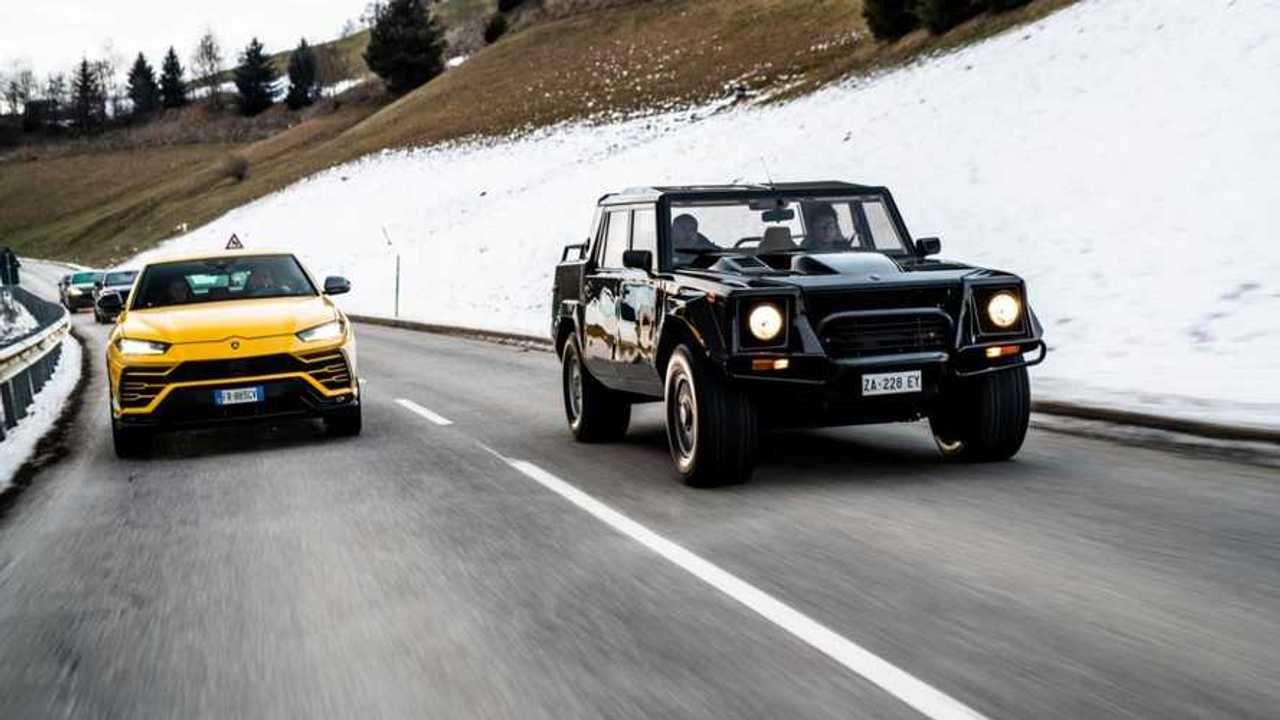 We embark on a Christmas road trip through Italy to find out if Father Christmas should trade-in his reindeer for a pair of Raging Bulls.

Father Christmas’ method of delivering presents to the near 2 billion children here on Earth has been the traditional sleigh for hundreds of years - ‘if it isn’t broken, don’t fix it’ being old Saint Nich’s attitude. In today’s day and age, a car would certainly be more comfortable on the 316,899,308-mile annual journey, but then it would take at least 21 days and that’s without stopping!

So clearly we are looking for something that’s fast, practical enough to fit a magical sack in the boot, but also fulfil Santa’s love of tradition. We’d suggest trading-in those magical reindeer for a pair of Raging Bulls.

Our recommendation for Mr Claws is a combination of the blisteringly fast super SUV, and the rugged yet classic LM002 4x4. Obviously we weren’t just going to let Christmas Day 2018 hinge on an untested method, so we volunteered to undertake a 500-mile road trip through Italy to test our theory.

Setting off from our starting point of Lamborghini HQ in Sant’Agata, it was immediately clear that the Lamborghini Urus delivered on the relaxing environment for the 1,700 year-old man. Supportive heated and cooled seats make for ideal posts during lengthy journeys and the crisp Bang and Olufsen sound system is perfect for endless plays of ‘Now that’s what I call Christmas’. Technology even makes life easy when navigating the tighter streets of the world thanks to rear-wheel steering. Hitting the autostrada and letting the cruise control do the hard work further reassured us that we were making the right recommendation.

However, this tranquility lulled us into a false sense of security, and the clock was ticking to get to our overnight destination of Brunico. Thankfully the Urus is equipped with a nuclear warhead in the form of a twin-turbo 4.0-litre V8 engine that detonates with the full force of 641bhp. A 0-62mph dash of just 3.6 seconds has occupants sucked into their seats as that unrelenting wave of torque pushes you on to a top speed of 190mph. With performance credentials such as this, Santa might even have time to stop at the services.

The following day our route to Braies Lake presented us with twisting mountain roads which, despite its size and 2.2 tonne weight, the Lamborghini relished. Its keen entry into bends and continued composure throughout means that it can be driven with true confidence. The great big carbon ceramic brake discs also means that if Santa misses a turn, his rapid progress can be brought to a meaningful stop before rerouting.

As we approached the beautiful mountain landscape of our stop, snow began to fall and there was plenty of the white stuff already settled on the ground. It was the perfect opportunity to switch into the LM002, the second of Santa’s proposed steeds. This imposing beast is powered by the same 5.2-litre engine as a Lamborghini Countach, producing 444bhp in this guise. It’s nowhere near as quick, or refined, as the Urus, but its old-school selectable four-wheel drive made short work of the snowy terrain.

Heading back to Sant’Agata, the unique design of the cabin served as a great throwback. While high quality leathers and wood finishes gave a premium feel, the utilitarian nature of how the LM002 went about its business was utterly charming. Sure, its steering is not all that responsive, the brakes could be better, and changing gear requires considerable effort, but the glorious V12 soundtrack more than made up for that. We think Father Christmas, as a more analogue than digital man, would relish the classic nature of the LM002.

However, the ‘Rambo Lambo’ does have one considerable drawback for the Christmas Eve journey. Fuel consumption is off the chart with the best economy you can hope for being 6-7mpg. On a snowy surface using all-wheel drive and low range, this beast will guzzle 1-litre of fuel for only 800 metres of travel. This means Santa will need to plan for plenty of fuel stops and signup for a loyalty card.

Arriving back at Lamborghini HQ, we were confident that together these two would meet the demands of the man in red. Combined they relish tradition, take advantage of today’s performance technology, and are considerably more instagram-worthy than a sleigh.

So tonight don’t listen out for a chorus of jingle bells, instead Santa’s journey will be narrated by a bellowing V8 and an orchestral V12.

Gallery: Why Santa should ditch his sleigh for a pair of Lamborghinis