How the new Honda NSX learned from Japan's original supercar 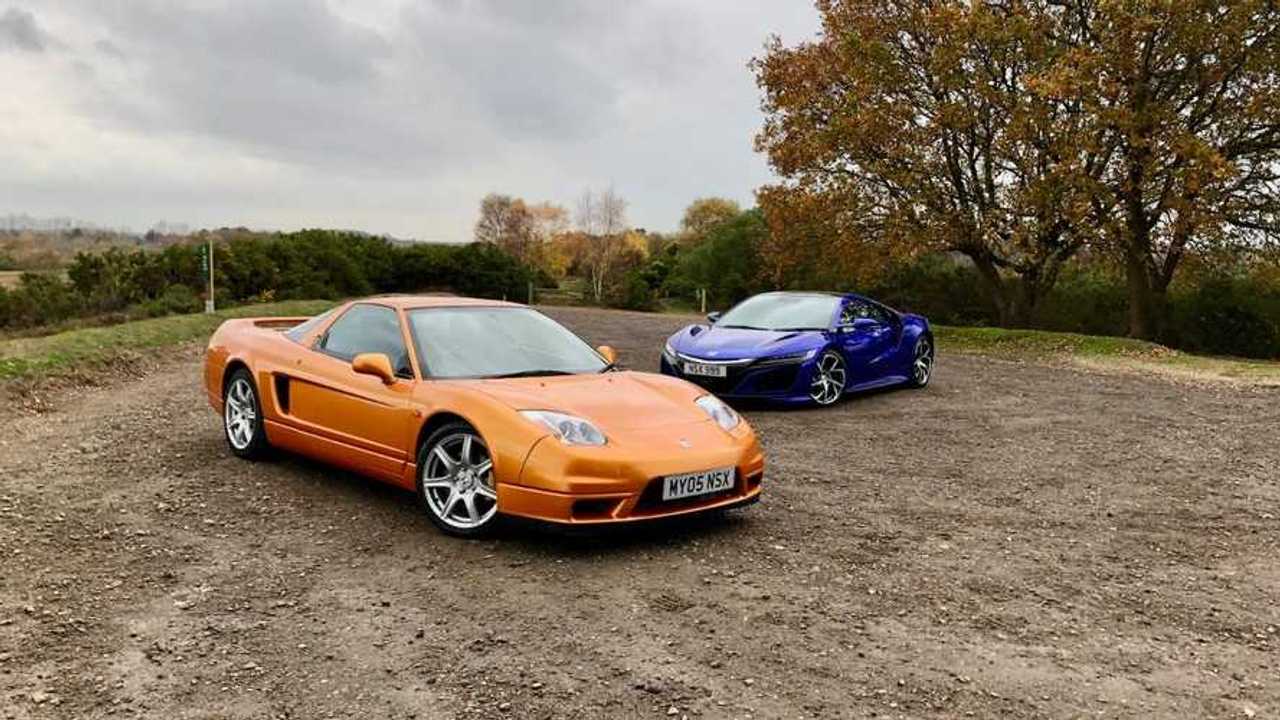 The new hybrid enhanced Honda NSX might appear far removed from its legendary ancestor, but driving the pair back-to-back reveals a shared DNA.

The Honda NSX is one of the very few cars universally adored by all tribes of enthusiasts. A bit like someone who always brings biscuits into the office, nobody has a bad word to say about it.

Why? It simply comes down to respect. Not only did Honda prove to the world that it could build a remarkable supercar, but it dethroned Ferrari in a way that made the Italians think long and hard about how to remain at the top of the performance car food chain. For putting Ferrari’s head on a pike in 1990, the NSX became a legend.

The trouble with producing a model that becomes so intertwined with car culture is that when the time comes to build a successor, you’ll have some very big shoes to fill. It took Honda a decade to create a new NSX, a project that was started several times over until the Japanese marque was satisfied with the outcome.

Reborn as the first real hybrid supercar - technology only previously seen in the likes of the McLaren P1, LaFerrari, and Porsche 918 - the new NSX bristles with technology. However, the old NSX lacked all of this techno-genius, and people quite liked how pure a machine it was. So, naturally the new cars ‘armchair critics’ decreed that the pair were related in name alone.

We’ve brought together one of the very last first generation NSX to meet one of the first of the new. The aim of this father and son reunion? To find out what exactly makes an NSX; is there some form of genetic code for success?

I wont bang on about the Ayrton Senna connection to the development of the first NSX as we were all read that tale as children — but obviously the legend is part of what makes an NSX what it is. This Imola Orange Honda is one of the very last cars to be produced before production ended in 2005 after 15 continuous years on sale. It benefits from revisions Honda made over the years including a more powerful 3.2-litre V6 VTEC engine and more focused suspension — although it did lose those ever-cool pop-up headlights.

Sat inside the 2005 car’s cockpit, the first thing that you notice is the astonishingly good visibility. Inspired by the 360 degree vision offered by an F16 fighter jet, the NSX glasshouse gives a near unrivalled view of the world around you. This boosts confidence when it comes to picking you line through sequence of bends just as much as it does when parking. The ergonomic pros of the interior continues throughout, as does a sense that nothing is going to fall off in your hand. Welcome to one of the first supercars you could genuinely use everyday.

In motion the classic NSX lives up to its reputation. As a driver you feel truly connected to what is going on beneath you, communication coming thick and fast through the cars wheel and chassis. The balance through fast bends and accuracy of the steering makes you feel like you could hit just about any apex of your choosing. A beautifully mechanical manual gearshift rewards with every change as does that rev-happy VTEC engine that dares you to take it to the 8,300rpm redline. It’s a machine that’s all about driver involvement and brilliant engineering execution.

The new car certainly looks the part of a modern-day supercar with its origami inspired creases that make it so distinctive. On the visuals alone this has what it takes to square up to todays supercar elite. However, it’s what’s under the skin that makes this NSX something of a forerunner. Supporting the twin-turbocharged 3.5-litre V6 is an advanced all-wheel drive system, a battery, and a trio of electric motors that deliver several benefits. Firstly, total output is an impressive 573bhp and 476lb ft when combined. Next, that battery can torque fill while the turbos take a second to spool - eliminating turbo lag. Then there’s the bit that keeps environmentalist happy by running on pure electric when pottering around town. It’s this innovative tech that means Honda is ahead of the curve in this segment.

The interior, as you’d expect, has many more gadgets than its predecessor, but still retains that amazing peripheral visibility. I can not overstate how the dream of driving a supercar can immediately become a nightmare when you continuously worry about blindspots the size of Texas. However, while it might be ergonomically sound, the likes of Porsche and Ferrari beat it in terms of material quality and overall practicality. But you don’t want me to go on about its small and curiously warm luggage compartment, you want to know how it drives.

I’m sure many assume that the new NSX is aimed at the Playstation generation and that it will simply use its clever all-wheel drive to get you out of trouble. Honda still believes that the driver is the central nervous system of the car, and so if you act like a ham-fisted oaf and mash the throttle out of a junction, the car will break traction. Of course there’s a myriad of safety systems to keep you out of a hedge, but you still need to be mindful that this is a 573bhp car. It’s the same story when tackling a challenging series of bends.

The NSX continuously shuffles the power around all four wheels to boost traction, but what you do with it is ultimately up to you. Thankfully precise steering and great control weights gives you mastery over this performance and the easy to modulate carbon brakes do a great job of keeping things under control. It’s certainly an involving thing to drive quickly and it becomes apparent that the technology only serves to enhance the fun, not kill it. Sure, the old car is a more physically demanding thing to operate and sounds far superior, but the new model maintains the NSX’s reputation as a grin-inducing experience.

These cars are separated by decades, were born in totally different eras with different expectations placed upon them. However, their mission and attitude to it remains the same. NSX stands for New Sports car eXperimental, an engaging machine that challenges convention and points in the direction of progress. This pair proves that blood is indeed thicker than water.