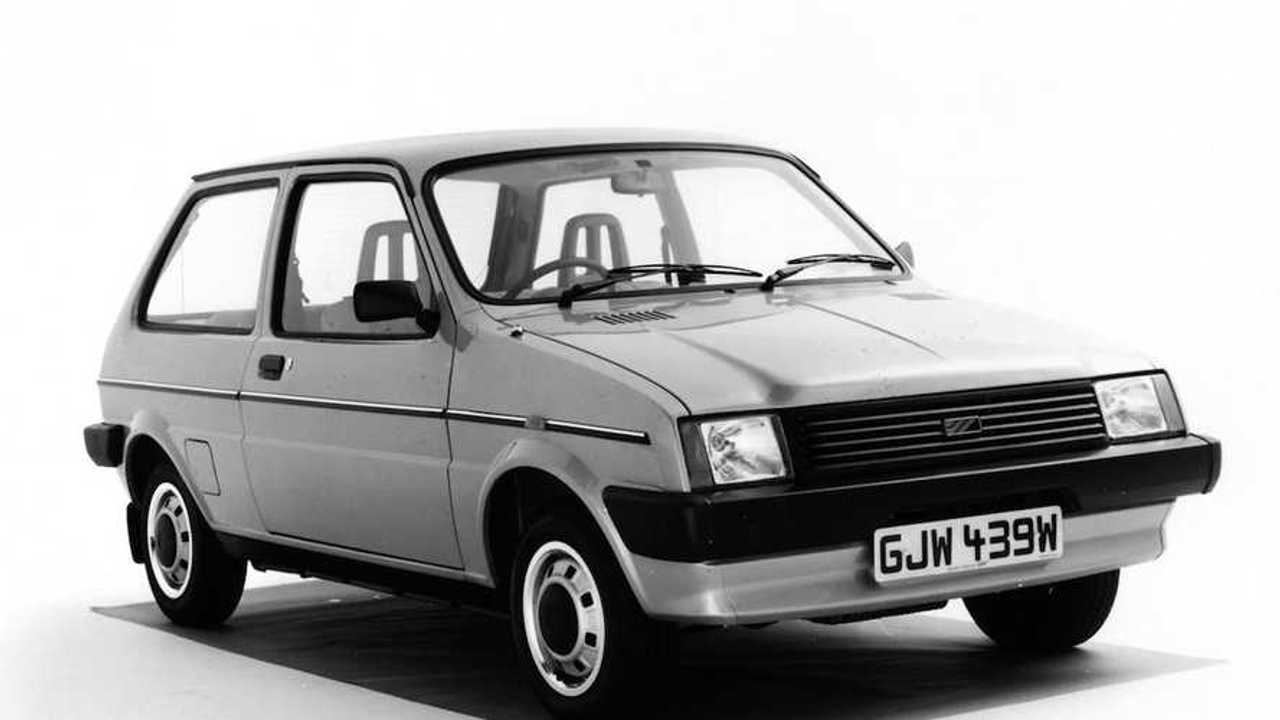 On this day in 1997, the Austin Metro and Rover 100-series production line fell silent. We commemorate 21 years with a look back on one of the Britain's less loved cars

While the general public wrapped their Christmas presents back in 1997, a British motoring institution died away without fanfare. Seeing out its 17th year of manufacture, having provided an automotive backbone to those on a budget, the Austin Metro and subsequent Rover 100-series was officially terminated.

With the last Rover 100 clattering out of Longbridge's factory gates, the production line shuddered to a grinding halt on December 23. There was an outright lack of tribute and media coverage. Journalists and brainwashed Rover-bashers shed no tears, proclaiming an end to the humble Metro’s life with a sigh of relief. The unreliable, badly-built rust box responsible for so many cold morning non-starts and mechanical seizures was finally dead.

More on the Metro!

That’s the story you get on the front page, but delve behind the headlines and it’s a different opinion. When originally hitting the second-hand market, the Metro was genuinely considered a hugely sensible purchase; a shopping cart with an engine, ideal for pottering around town and capable of 55mpg even at motorway speeds.

Unintimidating, popular, cheap to run and scooping various design awards when launched, the boxy bingo hall favourite was far more than a wagon specialised for visits to the garden centre. Those of a Ferrari or Mercedes persuasion may not have given the Metro a second glance, but as a driver’s car even the pickiest of demanding petrolheads were satisfied when hurtling around Britain's B-roads – especially when presented with the MG Turbo variant.

Then it all went wrong. British Leyland, the Government and the British people expected Austin’s Metro to take on the world – yet the Mini replacement stalled on the starting line. While the Metro took its home market by storm, very few made it across to the continent. The main customer remained young and cash-strapped Brits or older, patriotic retirees. With no middle ground, the Metro’s image was soon tarnished.

As the design world changed and quality of manufacturing improved, BL stuck to their out-dated guns. In comparison to Volkswagen’s Golf, the Ford Fiesta and Peugeot’s 205, the Metro appeared rough, temperamental, unrefined and under developed. On the used car market, values plummeted and car enthusiasts no longer took the vehicle seriously.

Abused examples flooded the scene, offering all the charm and desirability of a crusty septic tank, thus cementing the lampooned supermini’s repute with those whom had never driven one before. There were other reasons for the public consensus, too. Those in the industry when the Metro was new claimed that it could only do one thing competently: rust.

Examples less than five years old could be found with front wings oxidised beyond redemption; front valances, bonnets and boot floors a hotbed for the tin worm. When still gleaming in the showroom, Austin-Rover went as far to offer rust warranty schemes with an inspection every twelve months, yet few cars underwent such luxury – owners didn’t partake or endure the programme, leaving thousands of vehicles to corrode quietly on the drive.

Uneven tyre wear was always a clue to an unhealthy Metro. If left unattended for long enough the body would lean to either side, turning most roundabouts into a sloshy exercise with all the terror of salsa dancing with a hippo. Pre-1989 models didn’t even run on unleaded without costly modification. Owners cried when handed yet another hefty repair bill, while enthusiasts struggled to cope with alienation and humiliation down the pub.

When the mostly-new Rover Metro was unleashed upon the public in 1990, having ditched the Austin marque entirely, dozens of running issues were terminated – yet image never recovered. Even with the Metro’s tongue-firmly-in-cheek advertising campaign featuring the likes of Nigel Mansell, Eric Idle, Billy Connolly, Murray Walker and Joan Collins couldn’t spike sales. Then, for 1996, after yet another facelift, fate and dishonour came knocking at Rover’s door yet again.

The freshly devised EuroNCap European car safety programme placed the final nail on the Metro's coffin - now dubbed the 'Rover 100 Series'. Publishing results on a semi-regular basis to assess a vehicle’s safety should a crash unfold, each model on sale in Europe was tested at a set speed into a fixed structure. The Rover 100 was one of the first cars to be tested, achieving the lowest rating of the time. Rivals scored – at minimum – two times better.

In a head-on collision at only 30mph, the Rover 100 crumpled around inhabitants to a fatal degree. Suffering a crash at in-town speeds ruptured the structure and interior fittings. As crash test results reached tabloid editors, the media was suddenly awash with declarations that the Rover 100 was a death trap with seats; destined to kill you, your family, your neighbour and your dog.

Sales dried up overnight as a direct result before the 100-series was withdrawn from manufacture – marking the end of nearly two decades in production. It’s little wonder that the structure, initially designed in the 1970s, didn’t hit 1990s safety standards – but the results spoke for themselves. The Austin-Rover brainchild was executed behind closed doors, whereas the Mini – the exact car Austin’s Metro was originally designed to replace - plugged on as a fan and dealer favourite.

It’s easy therefore to banish the little Metro into obscurity as a mere automotive asterisk in Britain’s car culture. However, while fraught with a saga that blends all vehicular faux-pas for a greatest hits album, the Metro/Rover 100-series makes for the ideal classic purchase in a modern world.

Besides all the attributes focused on by the media, there are slight niggles to Metro ownership – you will be forever justifying yourself to non-believers and theft has been a common problem in the past, but the sheer enjoyment of owning such an infamous model far outstrips the well-documented negatives.

Firstly, you’ve got the handling. While acceleration is sluggish for base models and automatics, you can maintain almost any speed into a corner and escape out the other side wearing an ear-to-ear grin. Boasting front-wheel drive and a featherlight kerb weight, the potential for hilarity is rife. Squealing tyres amid a sense of ‘this is so, so wrong’ would melt even the frozen heart of the most forthright critic.

Then there is the club scene, which thrives on pub laughter, show meets and an outstanding sense of humour. Unlike walking on egg shells with Ford and Porsche owner clubs, you’ll never witness a member of the Metro clan affirm their opinion that the Metro remains ‘the best car…in the world’.

Rather, they will lament about its faults and joke over past experiences before partaking in a rally cross. Ignored by so many, the Metro is set to remain the underdog, meaning owners can do whatever the hell they like – embracing each other with the sort of camaraderie unseen anywhere outside of 4x4 circles.

They are unexpectedly practical, too. Fold the rear seats up and you’ve got a surprising amount of load room – space for a bike, a dog crate or even an upturned bathtub. There is also space for four adults if you are willing to get cosy, with ample storage and cubby holes for your change, shopping and dignity when trying to keep up with modern traffic.

You’ve got a whole range to choose from – early examples employing a Mini drivetrain, with last of the line diesels utilising 1990s Peugeot technology. Whichever one you fancy trying, you’ll have a plucky Brit eager to please, minus the social-climbing rubber backbone offered by rivals of the time. For your own image's sake, we'd avoid the convertible...

All too frequently seen in ‘worst car’ listicles online, denoted by those who have never owned one nor experienced the Metro’s delights –ignore the brainwashed band wagon contemporaries. We would heartily endorse purchase of a Metro, rescuing a slice of British infamy before time claims them all.

The Austin Metro’s past may be shrouded with dishonour and scandal – but then, all the best cars benefit from a bit of infamy...