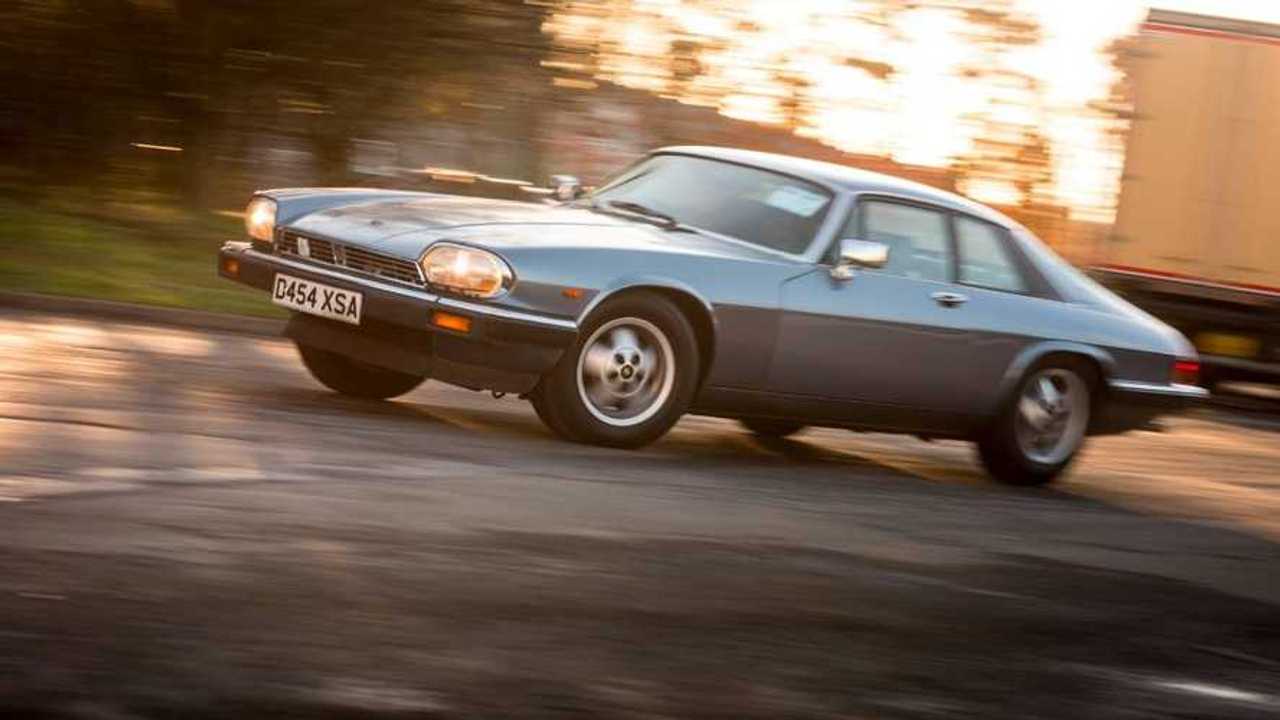 Unloved when launched and abused on the second-hand market, Jaguar's XJ-S V12 has endured hard times. Here's why it makes perfect sense as a luxury classic GT

When the XJ-S was launched in 1975, public reception couldn’t have been colder. The outgoing E-type may have been hideously outdated, but as a beloved relic from a bygone decade, Jaguar's XKE was all but worshipped.

More on the Jaguar XJ-S

William Lyons groundbreaking E-type possessed an aroma of myth that veiled design flaws and reliability issues, devoted enthusiasts brushing all vehicular imperfections under the carpet. Following such a colossus was never going to be easy, with a shifting world refusing to accept change as hyper-inflation and an oil crisis stalked the land.

Once exposed to the media, the Jaguar XJ-S was shunned like an automotive pariah. The big cat's loyal followers lambasted the British new boy for awkward styling and the sporting credentials of Fatty Arbuckle in wellington boots.

However, respective journalists missed the point. Based on a shortened XJ6 chassis, the XJ-S was never designed to be an out-and-out adrenaline machine. Rather, this was the spiritual successor to Jaguar’s V12 E-type Series III; the most elegant grand cruiser of its time.

While the drivetrain and 5.3-litre V12 powerplant packed a brutal punch when provoked, it was far better suited for cruising; either in town at 30mph or on the autobahn at 140mph. This upset the gentry, as they had previously predicted Jaguar boffins would launch the next generation trend-setter. It upset the purists who longed for a raw tarmac monster and it left the community uneasy; it was different.

The lozenge-shaped haunches and stunted curves remained trademark Jaguar, yet the low, ground-hugging lines were pure sports car; creating a GT cruiser with clout and a stylishly penned menace. To those yearning for fresh styles and daring physique, the new XJ-S was revolutionary not just in design, but also in attracting a new breed of customer.

Yet, despite the contemporary admiration currently lavished on the XJ-S, cultural acceptance took nearly a decade before Jaguar clientele confidently purchased a showroom-fresh model. Early sales were slow enough for management types to consider terminating the car's future altogether.

Image was so poor during the latter years of the 1970s that even bigwigs at parent company British Leyland turned the XJ-S down as company car fodder, publicity in Return Of The Saint and The New Avengers doing little to aid accountancy figures.

As a result, barely anyone noticed that production all but stopped during 1980 through 1981. Tales of build quality woes kept potential purchasers firmly in German company. The XJ-S appeared doomed to obscurity; a mere asterisk in automotive history.

It wasn’t until the High Efficiency (HE) specification was introduced in July 1981 that fortunes changed. Swiss engineer Michael May’s Fireball combustion chamber upped horsepower and increased fuel economy – allowing owners to achieve 20mpg, if they were careful. You may snort derisively at that number, but pre-HE models could barely crack double figures even with a feather-light right foot.

It may have remained heavy on jungle juice even with the new High Efficiency (HE) engine, but then this was a GT capable of 150mph. Nobody bought an XJ-S with frugality in mind. For those with the money, mechanical dependability was also improved; various driver complaints acknowledged and amended. A new age of market dominance was dawning.

For the same year, the XJ-S received cosmetic changes to the exterior and an upgrade of electrical components, amid a wave of styling changes to the cabin. There were new five-spoke wheels, chrome inserts on the upper lips of the bumpers and a colour-coded boot lid plinth rather than the weird slab of black boasted by the original design.

As the 1980s bowed out to the Waif look and welcomed in a new world with the fall of the Berlin Wall, the design once shunned and mocked was soon grieved for, the last example rolling out the Browns Lane gates in 1996 as a national treasure. Rival manufacturers exhaled a sigh of relief.

Time’s passage and resultant change in fashion has not dimmed the beauty or svelte lines of the Jaguar XJ-S V12 HE. If anything it’s more beautiful than ever – and with E-type prices now out of reach for us mere mortals, enthusiasts are left experiencing ownership of the big cat no one originally loved. Which is just as well, as it’s a better all-rounder than any E-type.

As soon as the driver’s door is whisked open, the smell and presence of leather and wood soothes the soul. It may appear cramped, but as a silent road-going cocoon, nothing comes close.

With the road stretching out over that sculpted, never-ending bonnet, the entire car seems to shrink around its inhabitants as progress is made. It’s similar to relaxing the posterior in a wingback chair as the world screams past, with only a distant grumble of internal combustion mayhem seeping through the bulkhead.

For two people the space is ample. While there are rear seats with seatbelts, they are only suitable for children or those with paper-thin legs. Perfect for a suitcase or case of Bollinger, however.

Throwing the XJ-S into a corner may appear violent from the outside, but the tranquillity within is unruffled. You could drive through the effects of an ongoing earthquake – or a rioting crowd – and feel unperturbed enough to question that day’s politics, or whether it’s worth booking the Alps for another skiing holiday.

Delving under the bonnet reveals a work of art. The 5.3-litre V12 engine is just plain magnificent, tuned for the perfect cocktail of smooth acceleration when pottering around and outright power under duress.

The growl on tick-over when firing up from cold remains inebriating, with a vigorous snarl omitted from the exhaust upon blipping the throttle. Pulling away on an almost silent wave of power stirs up an overwhelming feeling of command, the steering light to the touch as the leviathan swings its nose around to start your journey. It’s all stately and demure – until you put your foot down.

Prodding the big cat with a stick results in a shock to the system. The once sterling dignitary transforms into a bare-knuckle boxer, jabbing at the bends and surging forwards as though possessed.

It may look like grandad’s Jaguar, but the V12 shifts like a hungry, steroid-fed panther. Reaching 60mph from a standstill takes less than seven seconds, a huge achievement for a coupé of such vast girth. If you are feeling brave or want to lose your license with style, it will continue beyond the realms of sense to 150mph. Even at this speed, the caviar wouldn’t move from your blini.

Handling varies on the precision and balance of your skills. Fling the hull round an undulated curve and you’ve got a tail-happy monster on your hands, yet treat the beast with respect and the roadholding remains steadfast and planted. Stopping is no issue, either – with responsive brakes that brings all two tonnes to a clean, sharp stop from any national speed limit.

Returning home after a blast on the tarmac creates a potent blend of adrenaline and serenity, a feat very few modern cars, let alone a 30-year-old cash-strapped design, can accomplish. There’s a reason Frank Sinatra was so fond of his.

With the HE V12 XJ-S, Jaguar turned a car that was increasingly being bought by the heart into one that could also be justified by the head. As with its worshipped predecessor, the XJ-S has been forgiven the original teething issues to become an outright hero of the classic car scene.

Broad in shoulders and butch when plundering the cityscape, the XJ-S HE then appears slender and sophisticated when traversing the quieter B-roads, striking that balance of rare breed and homely feline to create a beast destined for your empty garage space.