One Tank Challenge: How badly did this Jaguar XJ40 fail? 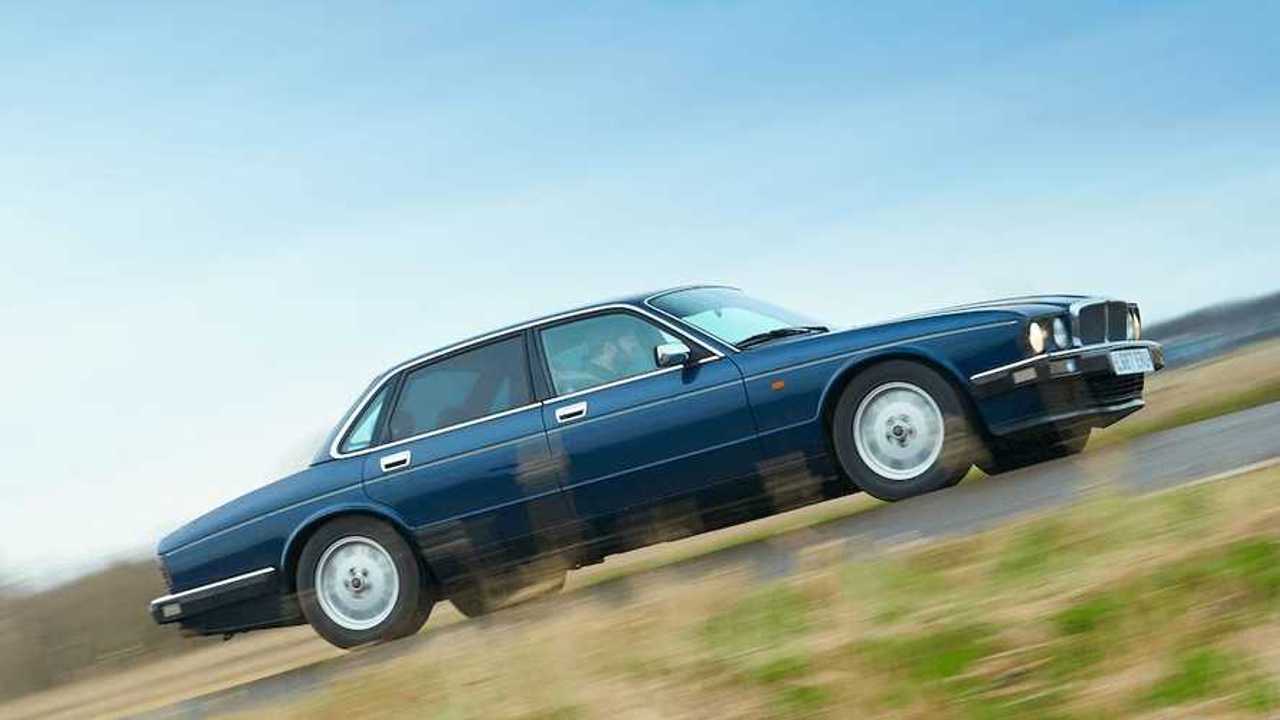 Taking on a wager that's frankly impossible, we attempt to drive our old 1994 Jaguar XJ40 further than 600 miles per tank. As you can imagine, the trip didn't end well...

This piece shouldn't take long, for old Jags don't do economy. Attempt to drive your classic Jaguar using feather-light reflexes and madness will still ensue; that demonic fuel gauge descending at the same rate regardless of driving style. It's why custodians of an automotive big cat only venture out one day per week. It's all they can afford!

Yet, here I was brimming the tank of my Jaguar XJ40 at Peterborough Services just off the A1 – 90 miles north of London's elegant smog-like wasteland – enjoying the delicate sensation of daylight robbery at £1.60 ($2) per litre. This challenge felt like a waste of time. I’d rather eat wool.

More from our Jaguar XJ40

To blame for an eye-watering £127 fuel bill was fellow writer Max Holder. He had proven that a later generation XJ saloon could achieve Starship Enterprise mileage on a single tank – yet these results were non-transferable. His was in a diesel, mine is a petrol – and a thirsty one at that. My 1994 XJ40 3.2 has never breached a figure beyond 27 mpg.

Being a 'Snowflake Millennial' petrolhead, paying inflated prices at the pump compared to how things worked three decades ago, it honestly feels like the XJ40 was designed to laugh in the face of austerity. Any luxury car owner must have been labelled a pre-apocalyptic moron should their big car also have proven to be economical back in the day.

Stupidly, in a bout of jealousy, I had agreed to Max’s wager. My XJ40 therefore had to travel further than 600 miles on a single tank. This was literally impossible without cheating, so I wasn’t even going to try. Aiming to run out of fuel near Penrith, Cumbria, the plan was to swing in and spend the night in a pub with some mates.

Usually, the fuel-hungry Jaguar XJ40 averages around 300 miles per tank during the weekly commute, and pillages my debit card in the process. To test the tank range, I would be lucky to get any further north than Newcastle. And nobody wants to be stranded in Newcastle. We’ve all seen Get Carter; most natives think it’s a reality documentary.

Hitting the A1 motorway, I decided there was no point in driving slowly. The faster I ran out of fuel, the sooner I could have some whiskey and sleep off my failure. Max had won. End of.

Sitting with the automatic gearbox locked in third, cruising at 70mph around 4000rpm, the car remained remarkably quiet and smooth. It was easy to forget that all six cylinders were closer towards the horsepower band than usual, as the crackling speakers masked the engine’s rumble from beyond the bulkhead.

Going to overtake slower-moving traffic, less hell bent on self destruction, resulted in a sharp burst of torque. Even though the engine was held together purely with hope after some DIY maintenance, a throbbing kickdown from the heavily worn 3.2-litre powerplant gave me something of an adrenaline kick. I should do this more often.

Worryingly, the fuel gauge wasn’t moving quite fast enough. Grantham came and went without much needle plunging. Wetherby disappeared in the rear-view mirror with more than half a tank left. Scotch Corner approached with far more fuel in reserve than I would have wanted.

I needed some hills to burn up more petrol. Swerving onto the A66, the XJ40 crested and nosedived over Cumbria’s tarmac undulations without protest. The damn thing still wouldn’t slurp jungle juice at the rate I was hoping for. Checking the on-board computer for an mpg readout gave quite a shock; the car was still averaging 22mpg.

Next came the embarrassing phone call to inform my friends that I wouldn’t be stopping in Cumbria after all. They sounded a bit confused when I explained my situation, but I pressed on regardless.

After a further 90 minutes, I passed the Scottish border. Signs appeared for a tourist route to Edinburgh. Why not? I’d made it this far. It was here that things started to go wrong.

Wafting through the town of Moffat in deepest Dumfries and Galloway, the fuel needle performed a ritual. Dancing up and down the gauge in a demented manner, it seemed to trigger an array of other electronic maladies. It was like some sort of power surge.

Then the engine-management warning light came on, just as it had done several months ago near John O’Groats. By this point I didn’t really care. My wager forfeit was yet to be revealed by Mr Holder, but it couldn’t be more humiliating than waiting at the side of the road for the breakdown services, examining Moffat’s roadside floral and fungi under Scotland’s raven-black December sky.

I checked the engine, and yes, all the usual parts were broken and oil leaks accounted for. I veiled the engine-management light with some handy parcel tape and we hit the road.

The fuel needle finally dipped below a quarter approaching the town of Biggar. All sense told me to pull in for petrol, but I couldn’t. The cabin held a steadfast atmosphere of encroaching tension. There were no further fuel stops between here and Edinburgh.

At rather short notice, I had phoned my sister to ask for use of her spare room in the heart of Edinburgh's central district. She seemed rather puzzled when I explained the situation – mainly because the topic wasn’t about shoes – but Team XJ40 soldiered on. Checking the fuel range, I apparently had 28 miles left to burn. I was amazed to have made it this far.

Then, in an error never before made, I missed the junction required to reach my sister’s Slateford flat. With roadworks closing off all subsequent accessible junctions, I was going to have to travel through the city centre and then double back.

This should have proven more than possible, but there was one thing standing in my way; the Edinburgh Christmas Market. Attempting a shortcut yielded poor results. I was stuck on the Royal Mile in gridlock traffic, uphill on cobbles. My fuel range was now in single figures. There was no point in turning off the engine, as I didn’t think it would have enough juice to start again.

Surrounded by crowds, street performers and all manner of public transport, the worst happened. First the gut-wrenching engine cough echoed through the steering wheel, then the car cut out. Cranking the engine and praying didn’t change anything. I had run out of fuel.

The XJ40 was stranded, on the Royal Mile, in the middle of the rush hour. People cheered when I finally emerged from the car having phoned my sister to beg for help. She seemed a bit confused – mainly because the topic wasn’t about her hair – but agreed to dispatch her partner with a jerry can.

Despite the chaos and traffic tailbacks singlehandedly caused by the old Jag, I had proven that when I’m driving like a moron, the XJ40 can achieve 364.6 miles on a fuel tank of petrol. To be fair to the old girl, that’s rather impressive.

Perhaps I could have managed an extra 100 miles or so driving sensibly. Yet the test was over; I’d had my chance. Now I must await my forfeit. May the Lord have mercy on my soul.

Gallery: One Tank Challenge: How badly did this Jaguar XJ40 fail?