The real-life love story of a 1983 Vauxhall Cavalier 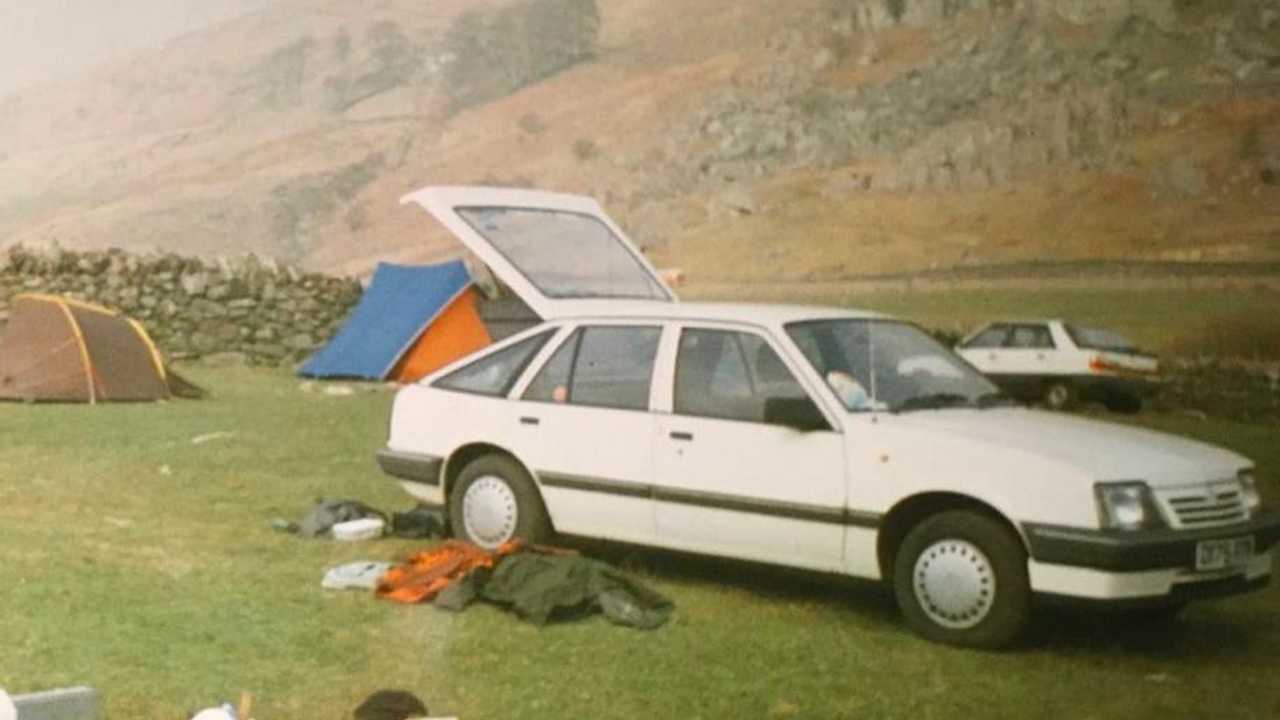 When the time came to finally get rid of my Lada, personal finances laughed in my face. I was broke. Floundering through its MoT with the tenacity of a dying pet, the tough North Yorkshire winters and heavily salted roads ensured my Lada Riva was mostly made of rust.

I kicked myself, for the Russian saloon – lovingly nicknamed The Beast – hadn’t received an ounce of care on my behalf. Due largely to a lack of money, nothing was undertaken to prevent nature’s creeping orange death. For the sort of money required to see another year from the flaking Lada, I could have bought a healthier example. Or so I thought...

Surprisingly, another budget-friendly Riva was proving difficult to source, as all the good ones were sneakily being exported back to Russia. So, after a long evening deliberating matters with my friend ‘Spicy’ Dave (long story), I waved a tearful goodbye to The Beast and sold it. A local garage gave me the grand total of £50 for its corroded hulk. The last I saw of it was when they had cut the body in half and dumped both halves in a skip. My friends all had a laugh at that one.

A week or so later, my Mother called. She had found a car, bought it on my behalf, and I was to get the train to pick it up. She was keen to take care of me after the death of my father, so I dutifully boarded the train at Bradford Interchange and headed down to Poole in Dorset.

There, sat outside my Mother’s house, was a D-reg Vauxhall Cavalier in white. The same age as my Lada, but boasting less mileage and far better condition. As much as I missed the Lada, being my first car, oh, was this Vauxhall nice to drive.

The steering was light as a feather, clutch action didn’t snap your ankle in two and the engine purred like a kitten. For a 1300cc powerplant it was rather nippy. Compared to the Riva, which coincidentally ran with an engine of the same capacity, the Cavalier drove like a sports car. I properly loved it.

After spending dutiful time down in Poole and agreeing a payment plan to give my mother her money back, I then drove the 300 miles back up to Bradford. The journey was a dream, playing my tunes on the cassette player (quiet at the back, this was state of the art at the time!) without the previous Russian-sponsored anxiety of spurious breakdowns at the side of the M1 motorway. I had never before owned a warm, comfortable and reliable vehicle.

Two weeks later, a job offer arrived and, as was common back in the 1990s, it came with a company car. For the next two years, myself and a brand-new Ford Mondeo traversed British roads. After some time, the Mondeo was replaced with a Vauxhall Vectra, just as Jeremy Clarkson had killed its market appeal stone dead.

Yet, even with brand new metal on the driveway, the Cavalier was my cherished machine. Weekends were made for piling into it and taking off for a wild adventure. Myself and friends would often sleep in the cabin if we became stranded, as we did during bad weather on Snowdonia in Wales.

Being a hatchback, the Cavalier made for a good load shifter. The Vauxhall could easily swallow all my belongings when I moved from bedsit to bedsit. Sexy stuff for a bluntly-styled Luton workhorse.

On trips around tougher roads, the Cavalier was always my weapon of choice. Sure-footed on some rather dodgy tracks and good on the motorways, it was an honest cart. Should anything have gone wrong, not that it did, parts were easy to replace. Despite driving around in cars two decades newer, the Cavalier was my relaxation.

As new company cars came and went, I discovered that they had similar – or worse – fuel efficiency to my Vauxhall. They were slightly more cramped inside, too, although admittedly due to improved crash resistance. Another thing I noticed, looking back through my old photos, is that my popularity with women increased ten-fold compared to my Lada days. I’m saying nothing, but experimental data suggests there may be a link…

The only bad points were a rusty exhaust and corroded wheel arches; a curse for cars of that era. I fixed the wheel arches and managed to get an almost new exhaust from the scrap merchant. Unfortunately, the old pipe was difficult to get out. But, as the car was so light, I managed to raise it off the suspension so a friend could pull the old rusted sections out. We didn't bother with health and safety in those days. Half an hour later it was ready for its MOT, which it passed with no advisories.

The downside of the older cars was that they remained easy for criminals to break into and damage. One local motorcycle thief cut the fuel line under the driver’s side and stole two litres of fuel. The car sat in a four-gallon pool of petrol overnight, one discarded cigarette away from oblivion.

A couple of weeks later I parked the Vauxhall outside my house and travelled abroad for work. I was only away for two days, but when I got back, the Cavallier had gone. The downfall of the Cavalier was that it was extremely easy to steal. And some kids had done just that, put it on its roof and set fire to it. I only recognised it by the tow bar.

Although fitted with a crook lock, it didn’t quite fit the Cavalier’s pedal configuration properly. I suspect the lock simply twisted off with a bit of force. The teenagers responsible were never caught, insurance was eventually paid and life went on. But I do sometimes wonder how long I would have kept that Vauxhall should fate not have intervened. It really was perfect for me at the time – and an altogether underrated machine.