Why the Bugatti Veyron was the Concorde of cars 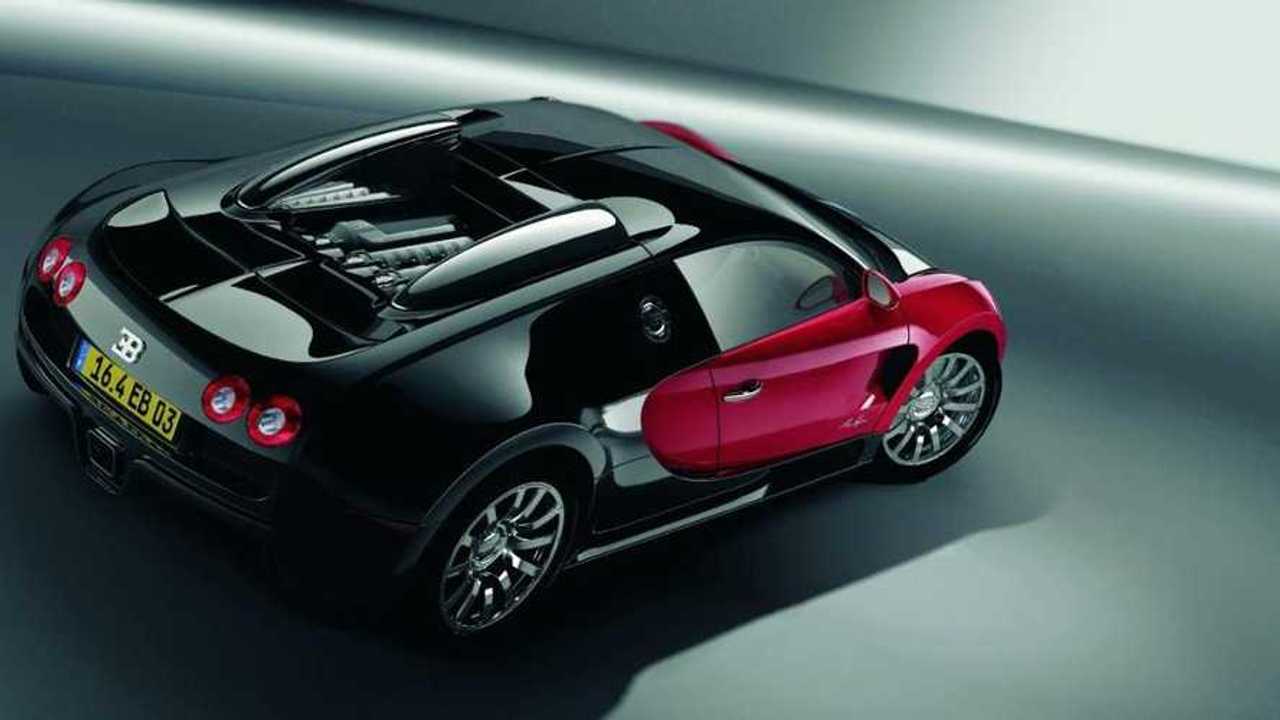 The Bugatti Veyron created a metaphoric 'sonic boom' when it first launched and became the world's first car to crack 250mph. Today it remains one of the greatest automotive achievements of all time

Man has always had an obsession with speed. Be it our ancestors chasing prey or brave pilots of record breaking cars, our seemingly unquenchable thirst to go faster is in our DNA. When it comes to road-legal cars that are capable of awe-inspiring speeds, there are a handful of legendary machines that represent true landmarks, not just in their outright top speed, but in engineering and design too.

The Bugatti Veyron might not be the fastest supercar out there any longer, but it still arguably represents one of the biggest achievements in automotive history. It was the first production vehicle to breach 250mph.

Bugatti was founded by Ettore Bugatti in 1909 with the aim of producing some of the best engineered automobiles of its day. The marque was famed for beautiful design, chronograph watch-like detail, and headline grabbing performance on the race track. Bugatti thrived up until the Second World War where a string of tragedies including the death of Ettore’s son, destruction of the Molsheim factory, and the passing of Ettore Bugatti himself left the company in ruins.

There had been several failed attempts at reviving the business until the Volkswagen Group acquired the brand in 1998. An EB118 super-coupe concept car was shown but VW had far bigger plans for Bugatti.

The Volkswagen Group is one of the mightiest companies in the world in terms of resources, and Bugatti was to prove the perfect means to show the everyone what it could do. A plan was developed to honour the Bugatti ethos of no compromise by developing the worlds fastest and most powerful road production vehicle in the world. Our first hint of what would become the Bugatti Veyron came in the form of the Bugatti 18/3 Chiron concept car, a W18 engined machine that wowed the crowds at the 1999 Frankfurt Motor Show.

The engineering challenge ahead was remarkable as it takes far more than brute force to reliably achieve high speeds and still remain civilised enough to use everyday. It would be down to Chief Designer Hartmut Warkuss, under the guidance of Wolfgang Schreiber, to turn this landmark car from a dream to a reality.

It was quickly decided that an 8.0-litre W16 engine complimented by four turbochargers would give the car the required 987bhp (1001ps) to achieve 250mph, though engineering it wouldn’t be easy. Cooling this cars big heart was a major issue and as a result the Veyron ended up with 10 radiators. Dealing with this extreme power required an advanced all-wheel drive system, active aerodynamics, and bespoke tyres from Michelin.

After years of theory and design, the first prototype of this new model roared into life in 2003. It was later revealed as the Bugatti Veyron in 2005 and became the world’s first production car to crack 250mph. A mammoth 922lb ft of torque enabled a 0-62 sprint of just 2.5 seconds, or 0-150mph in just 9.8 seconds.

Another astonishing figure was its price. A new Veyron would cost owners at least $1,000,000 before customisation options, though exclusivity was guaranteed with just 450 examples being produced. A price tag with so many zeros is no small sum, but it is reported that Bugatti actually lost $4,000,000 on every car it built. The Veyron was never designed to turn a profit. It was designed to make a statement.

Over the years Bugatti created a series of limited edition cars as well as an open-top variant called the Grand Sport. Some of these rare models paid homage to famed Bugatti drivers, other used exotic materials. However, one of the most sought after is the Super Sport, a revised Veyron designed to push top speed to 267mph — although customers cars were electronically limited to 258mph due to the tyres lasting less than 10 minutes at the record speed. Just 30 of these 1184bhp Super Sport cars were produced.

In 2015 car number 450 was shown to the world and dubbed 'La Finale edition’ to mark the end of an incredible journey. Finished in a colour scheme the reverse of the very first Veyron, La Finale is predominately crimson carbon with black detailing. The interior matches the exterior colour and features historic Bugatti elephant crests. Based on a Bugatti Grand Sport Vitesse model, it was the world’s fastest open-top production car at the time. This unique Veyron was sold to a private owner in the Middle East, but shown at the 2015 Geneva Motor Show before being put into a private collection.

The Bugatti Veyron has a successor in the Chiron, but in many ways this car’s story is more significant. It is a machine that changed the fortunes of a company, a symbol of engineering potential. Today the Veyron is one of the world’s most recognisable cars that stands for excellence at any cost. This car is many things to many people, but what it is in isolation is one of the world’s greatest automotive achievements.