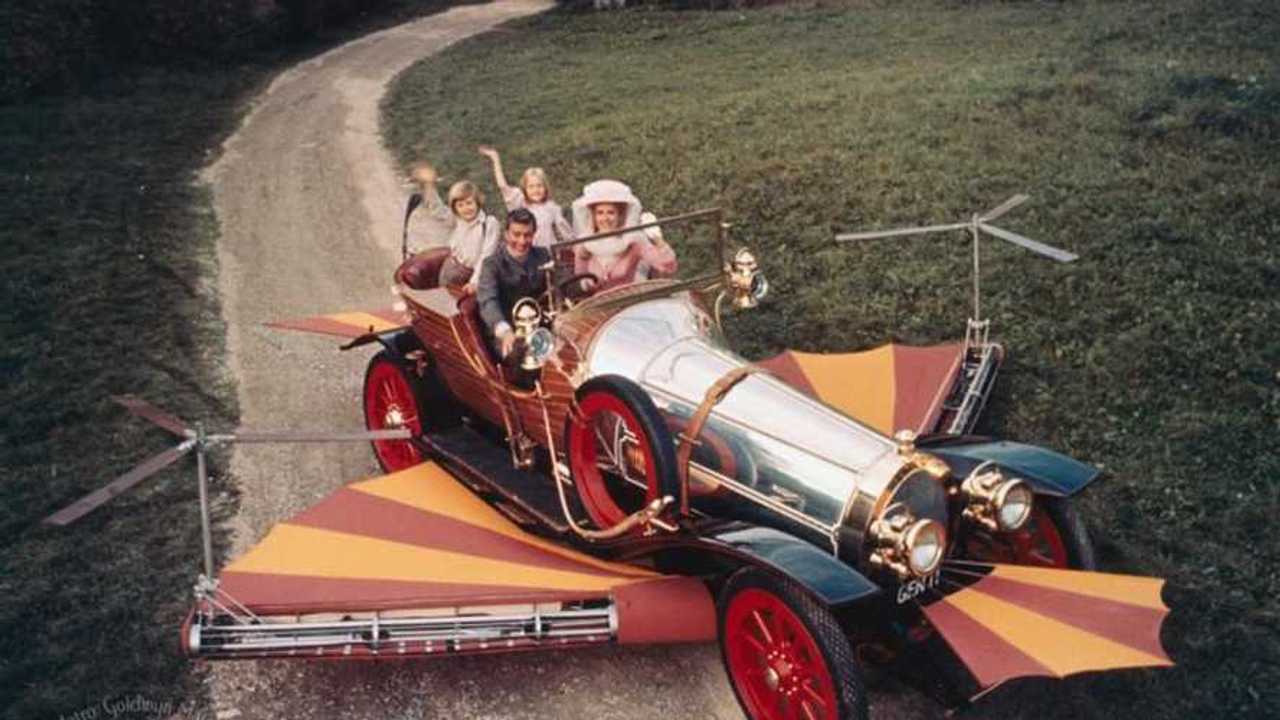 To mark 50 years since Chitty Chitty Bang Bang first hit our screen, we take a look back at what makes the film so special - and it's not just the car...

During the 1970s, Chitty Chitty Bang Bang was one of several Bank Holiday television treats reserved for family viewing – assuming you'd successfully dodged Britain's blackouts. Even then, upon the childcatcher rattling onscreen, there was a sudden wish for the power to cut out.

From the comical musical numbers to that underlying 007 connection, Ian Fleming's automotive fairytale has been passed down through the generations as essential viewing. Parodied by many, Chitty remains a stalwart of the silver screen – Dick Van Dyke's polarised accent and all.

Laden with toff-heavy British accents, critics have passed comment on Dyke's vocals in the role of Caractacus Potts, a common lampoon point, for 50 years. Yet, it remains another attraction to the film. Dyke accepted the role after making 'one last stipulation. I didn’t want to reprise the English accent, which I’d struggled famously with in Mary Poppins’.

Filmed over a ten month period, the final cut landed in cinemas on December 18, 1968, with a running time of 145 minutes; including an intermission on its initial release. For children's cinema, Chitty proved to be a revelation, flowing with full spectacle in buoyant Technicolour.

Quite frankly, while black and white films have undeniable charm, Chitty simply would not have worked in shades of grey. By the late 1960s film-makers were determined to lure television viewers back to the picture house with spectacle and colour - only BBC2 transited in the full spectrum in 1968.

Audiences were growing to expect more from their 1/9d seats and Chitty struck a chord that helped bolster its popularity. Viewers needed to see the cedar boat deck, the fascia studded with brass fittings, the 34-inch wheels and all the other details in full form.

Based on the original novel by Ian Fleming, his only children’s story, one major inspiration was the three “Chitty Bang-Bang” specials raced at Brooklands in the early 1920s by Count Louis Vorow Zborowski. Given that “Chitty 1” featured a 23,093cc aero engine, it is easy to appreciate how it made an impression on the young Fleming. Published two months after Fleming's death, it wasn't long before a film script was crafted between celebrated children's author Roald Dahl and film director Ken Hughes.

The eponymous car was the creation of Alan Mann, the artist and inventor Rowland Emett and Ken Adams, one of the greatest production designers of not merely the Bond films, but in the history of British cinema.

The last named reflected ‘That was one of my most difficult tasks, to design a car from the early 20th-century which is also sexy. We built a prototype in the Pinewood plasterers’ shop, and years later one of the technicians told me, “You were impossible.” But the end result was good’.

The production used six cars, two of them racers and the remaining four tourers. The Chitty on display at Beaulieu is owned by EON Productions and is the car that was employed for the hovercraft and some of the flying sequences.

Construction of the fleet took about eight months and, in 1968, Ford claimed that ‘modern welding techniques make the ladder-frame chassis stronger than the originals could ever have been’. Van Dyke later noted how the main vehicle (which was licenced for road use in the UK) ‘coughed and spluttered’ and had ‘the turning radius of a battleship but was fun to drive’. The engine? Well, that was the 'Essex' V6.

Henry Mann, Alan’s son, points out that the 'brake lever' is the control for the Borg Warner transmission – for one persistent story is that the actor could not handle a car with manual box. Today the main vehicle is believed to be the property of the director Peter Jackson, mastermind behind Bad Taste and The Lord of the Rings cinematic trilogy.

For the parents, there was Sally Ann Howes in a Humber 8 HP and, to provide a connection with the Bond films, Gert Fröbe as 'Baron Bomburst' and a cameo from Desmond Llewelyn. Barbara Windsor appears in the fairground scene, Victor Maddern, the actor with the most persistent scowl in British cinema, is the junk dealer, and the ever-officious Richard Wattis is the Secretary of the Sweet Factory. Chitty Chitty Bang Bang is also a rare example of Benny Hill cast in a straight role, and 'The Toymaker' makes one regret that he did not pursue a career in drama.

The film was also the last major production to feature James Robertson Justice, who sadly fell very ill shortly after filming, but here the great curmudgeon is on splendid form here – ‘Time's up. Had your chance. Muffed it. Good morning’.

According to his son Ty: ‘Dad made a career out of playing older men...in Camelot he played King Pellinore who was meant to be hundreds of years old...he was in his early 40s’.

He also recalls ‘When I was a little boy my father brought me home the original prototype of the model toy car version - it had little front lights that worked and a lever where the wings came out, and the characters all painted perfectly’.

Jeffries’ major musical number did encounter one problem - ‘he nearly drowned in the tank at Pinewood when shooting POSH and the shed/loo went right underwater’.

Back in 1968, some curmudgeons disapproved of the six Chittys, including the doyen of motoring writers John Vary Bolster who ranted that:

'The fact remains that these cars are fakes, horrid fakes, with Zodiac V6 engines, automatic transmissions, a Cortina back axle for the countershaft of the fake chain-drive supplementary, electric cooling fans, hydraulic brakes, alternators, and even self-starters.'

But it must be said that when Chitty Chitty Bang Bang premiered, the target audience was less concerned with the authenticity than a) spending several weeks’ pocket money on two gallons of Kia-Ora and 1/2d worth of Lyons Maid Toff’N Choc Sundae and b) marvelling at the four-wheeled heroine. And the latter remains the case today.

With thanks toTy Jeffries, Henry Mann of Alan Mann Racing and Jane Riddiford of The National Motor Museum.