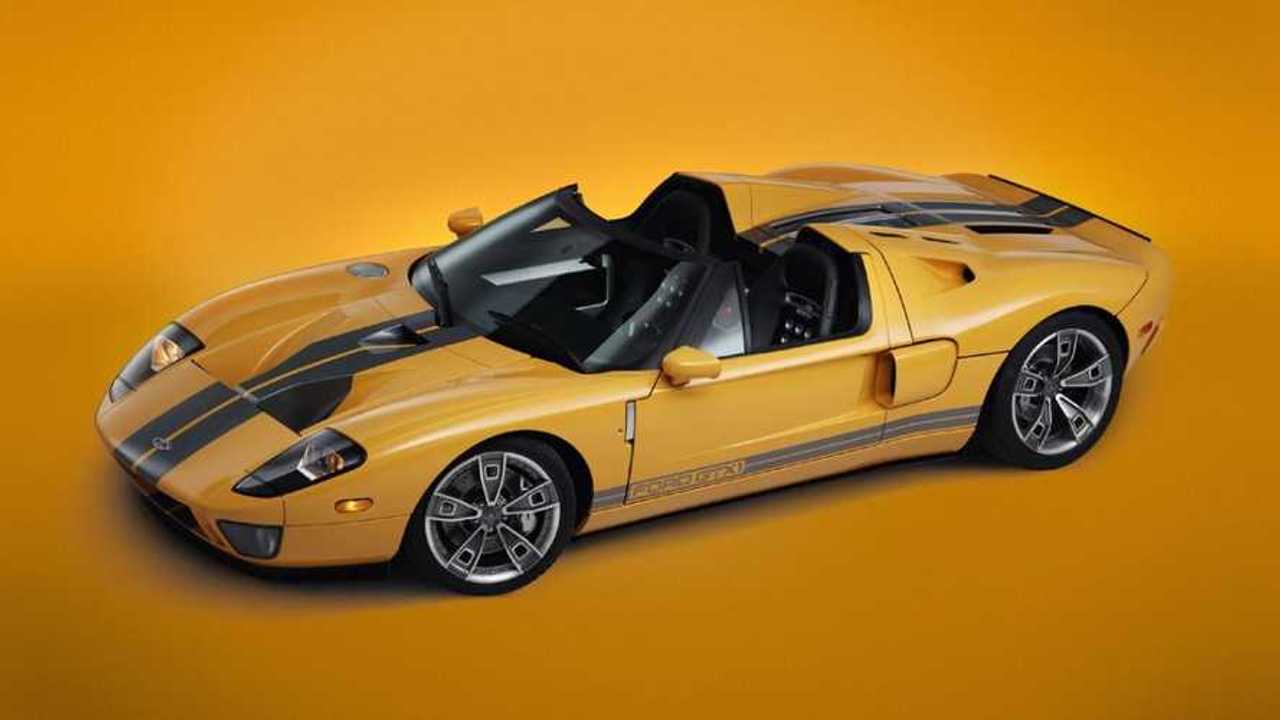 The Ford GTX1 was revealed at the 2005 SEMA show as a topless version of the American supercar. Only around 100 of this rare model exist today

The 2005 Ford GT was one of those very rare moments where a company decided to revive an automotive icon, and it lived up to its ancestry. Ford’s 100th birthday gift to itself, this V8 supercar captured the spirit of the original while rebirthing the GT for a new generation. Today everyone knows what a Ford GT is, but what about the Ford GTX1 roadster? The convertible GT that time forgot.

The SEMA show in Las Vegas, USA celebrates all things modified, be it an awesome restomod Mustang or a 1000bhp example of a family hatchback. It attracts manufacturers and private companies alike giving designers the freedom to express themselves in an environment that celebrates individuality. In 2005 Ford arrived at SEMA with a car called the Ford GTX1 Roadster, a car that was more than just a chop-top example of the American supercar.

Finished in an iridescent shade of orange, the GTX1 Roadster featured new rear bodywork that was far more sculptural and incorporated flowing buttresses as well as a glass engine cover. The GT’s silhouette lent itself well to being a convertible, retaining a distinctive profile once the roof panels were removed. Note ‘panels’, as opposed to one single section, due to the GT’s doors being incorporated into the roof. While fussier than a conventional removable roof design, this did allow the GTX1 to transform into a targa.

Ford SVT engineer Kip Ewing designed the GTX1 in his own spare time, successfully persuading the big bosses to create an example for the show. It was an unusual but effective way to highlight Ford’s SEMA technology initiative, designed to allow third parties access to detailed CAD drawings of Ford vehicles to ensue their products are compatible.

The GTX1 proved so popular that Ford explored the possibility of putting the car into customer hands. Opting against in-house production, Genaddi Design Group was officially sanctioned to modify existing GTs instead. ECU performance upgrades for the supercharged 5.4-litre V8 engine and added chassis strengthening were both available as optional extras. The original plan was to build a limited run of only 500 examples but only around 100 conversions were completed.

While the Ford GTX1 might not have been as popular as Ford and Genaddi Design envisioned, today it is an ultra-rare unicorn of a car.