Is the Eagle Speedster the ultimate Jaguar E-type? 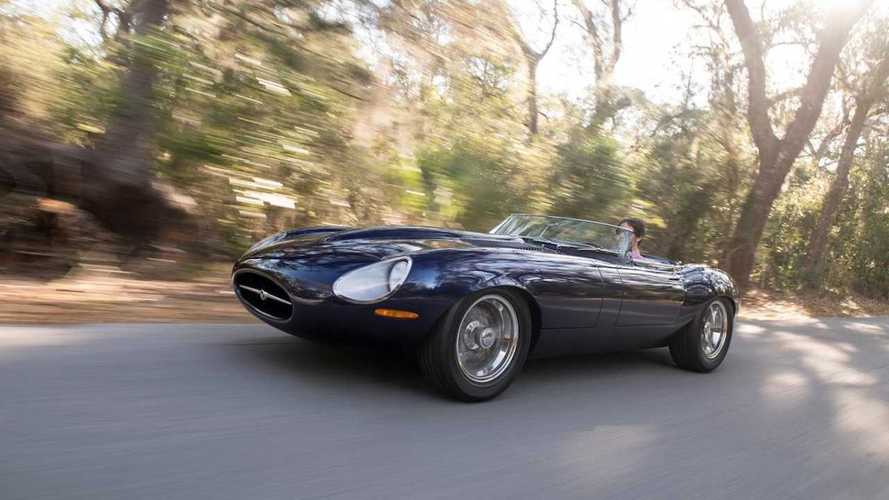 You’ll have heard the well-worn story of Enzo Ferrari viewing the Jaguar E-type for the first time, and proclaiming it ‘the most beautiful car ever made’.

Well, what if he’d seen the Eagle Speedster? Still very much an but with the wheels filling the arches more purposefully, the haunches more muscular, the windscreen lower and less awkward-looking.

And if Enzo had then realised that the Speedster is lighter and significantly faster, thanks to an all-alloy body and some clever mods to the mechanicals, perhaps he’d have given up there and then.

Welcome to the Eagle Speedster, and this particular example, the fourth Speedster built at Eagle’s East Sussex HQ, which now resides in Miami. It’s a clever thing, and brave too, because who would have thought that messing with the iconic shape of the E-type could end so well?

Eagle has been building bespoke but standard-looking upgraded steel-bodied E-types for 30 years. So far, around 40 of these world-renowned conversions have been made, improving on brakes, suspension, power, transmission and interior comfort. So, pretty much everything really.

Except Eagle had never before changed the way a car looked or made really significant weight savings. A commission by an American client changed all that: he wanted something that went beyond even the ‘normal’ Eagle E-type. And so the Eagle team, led by founder Henry Pearman and technical/design director Paul Brace, created the Speedster.

‘We wanted to attend to some of the details that catch the eye as not being perfect,’ says Paul. ‘One of which is the windscreen, which is quite upright. Also, the centre console, which on the original is very angular – it seemed obvious to do a curved centre console.

‘I did a sketch with the low screen and lots of exaggeration to the lines, especially around the wheelarches. And that first sketch is what you see here.’

It’s still a Series 1 E-type. But the body has been recreated in alloy, and shaped to give it a sleeker, more muscular look. The windscreen is lower and more steeply raked, the wheelarches are wider, the sills deeper with a lower floor and the rear deck extends further forward, swooping around to the doors and also down the middle of the cockpit, right to the centre console.

There are other detail touches, such as the narrower rear numberplate aperture, flush-fitting glass and the exhaust tailpipes neatly frenched into the rear valance.

'I did think it could be a disaster,’ says Paul. ‘It gave me sleepless nights. So, we came out of Christmas week and I grabbed an old green donor car and literally set to it with an angle grinder, chopped it around, cut down the screen. It was our version of a clay model. And it did look good – though it was still a massive relief that the finished car was so well-received.’

Incredibly, every panel is different, except for the boot lid, but you’d never really guess that unless you sat the Speedster next to a stock Series 1. There’s no soft-top, and not even the option to fit one, and consequently no need for Eagle’s modern aircon conversion either – but with every Speedster completely bespoke, there’s nothing to say a Speedster couldn’t be fitted with aircon. There are heated seats and a top-notch in-car entertainment system though.

And of course it doesn’t stop there. The engine is Eagle’s well-proven ‘Sport’ 4.7-litre, big-valve, all-aluminium recreation of the original iron block six-cylinder XK unit, running triple SU carburettors, mapped ignition and producing 310bhp at 4800rpm and 330lb ft of torque. That’s quite a mild state of tune, and many customers are now opting for 380bhp.

Still, though, it’s seriously light, weighing in at just 1008kg (2225lb). That’s 250kg (550lb) lighter than a stock open-top E-type. With the magnesium, and a titanium and Inconel exhaust system (rather than this car’s stainless steel system), that comes down to 980kg (2160lb). And seeing as power and torque are significantly increased, you’d expect performance to be improved, wouldn’t you?

You’d be right to expect that, but you’d probably be surprised by just how much it's been improved. On quiet Florida back roads, we had a rare chance to sample Speedster no.4, and it was simply phenomenal.

We’re big fans of the E-type in stock form; it’s one of those cars that’s much greater than the sum of its parts, significantly more so than any other Jaguar of its era. But even when new the track was a little narrow for ultimate stability, the brakes were poor and the interior short on legroom. Oh, and don’t put too much faith in Jaguar’s original claims of 265bhp and 150mph top speed for the Series 1. There was a touch of poetic licence in both those figures.

The Speedster has no need for such exaggerations. This is one fast car, but much of its appeal is in its usability. It starts with a push button on the dash, just like the original, and immediately sounds throaty without being embarrassingly loud.

The controls are all light, even the steering, which is unassisted in this car. Eagle fit modern, speed-sensitive power assistance to many of their cars, but there's less need for it in those built with the lighter alloy engines.

Accelerate and the Speedster picks up immediately, without any hesitation. The exhaust note quickly sharpens, so that snicking through the five-speed gearbox is just a delight. The car feels solid and planted on the road, but reacts to every steering input, feeling nimble and responsive. It’s been set up for road, not track, so that the ride is never jarring, even over terrible roads.

And even over those bumpy bits, there was never so much as a squeak from the trim, suspension or bodywork. This is a car that can be used in the same way as a modern car, sitting in traffic without trouble, driven over imperfect surfaces, taking on hundreds of miles with ease. It has the power-to-weight ratio of the best modern GTs but twice the style.

It’s not a cheap car, but that shouldn’t surprise you, given that it’s hand-built to order, and that no more than ten are likely to be built. Depending on specification, a Speedster will cost around £600,000 (approximately $800,000), and five have already been built, with the six and seventh commissioned and in-build.

For those not keen on doing away completely with a soft-top, Eagle also offer the similarly bespoke Spyder GT, the first of which is complete, with a second in build. There’s also the Low Drag GT, an Eagle take on the original Low Drag Coupé – two of those have been built, with orders taken for two more.

So, there will never be many of these ultra-bespoke Eagle E-types around, but it’s clear that those that do get built will be truly special. The Speedster here is the best E-type we’ve ever driven, bar none; a light, simple, analogue sports car that turns rocketship when pushed hard. At the risk of sounding a bit over-excited… we love it!