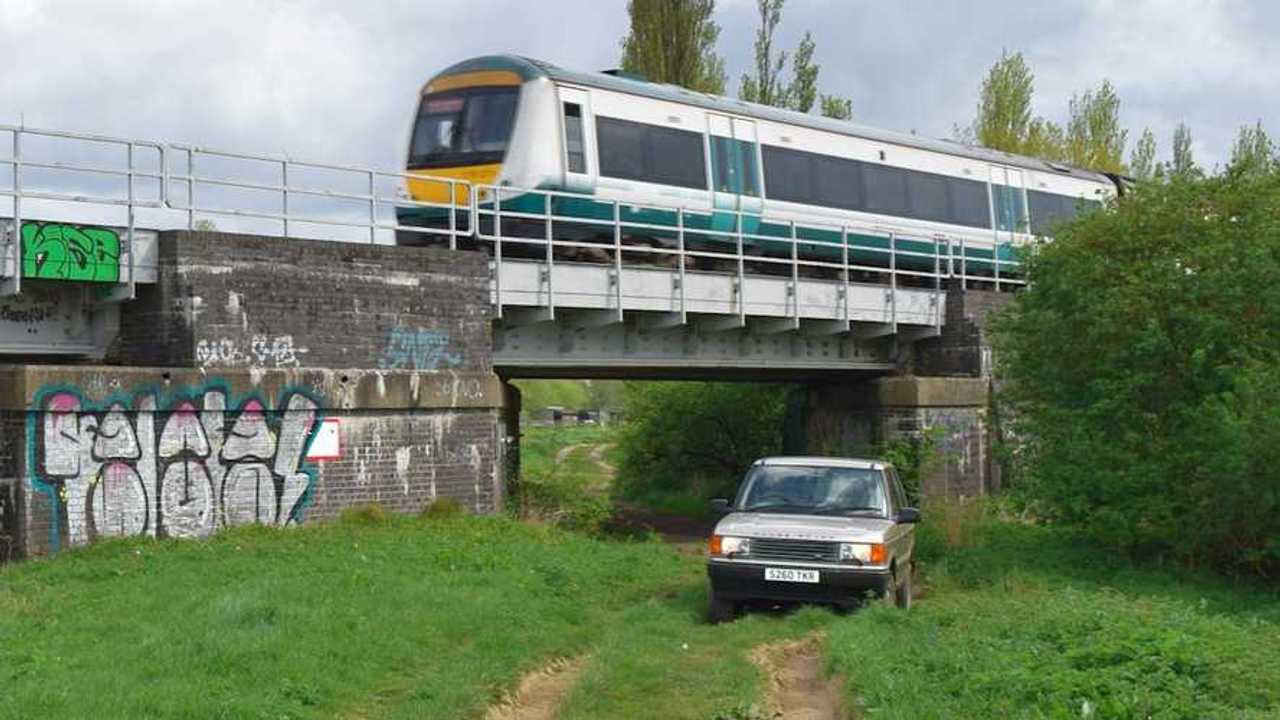 If you have to travel through, or live in, Cambridgeshire’s Fenland district, the fury of being held up by level crossings can cause migraines. But we think we’ve found a solution…

There is a certain stretch of the daily commute that involves remaining stationary for nearly 35 minutes, waiting on the barriers to lift, as several trains wallow up the line in slow succession. By the time we are on the move again, I’ve usually managed two full chapters of a book and ‘accidentally’ eaten my lunch.

It’s become so time consuming that it’s advisable to take a flask of tea – as no matter how hell-bent you are at getting up early to beat the railway timetable, you always suffer watching the hellish barriers descend before you can reach them. Usually on a crest of demented revs, gripping the steering wheel and cursing like a madman.

More from our Bangernomics series

However, after digging out a map, we happily discovered that my current town of residence hides a largely forgotten public byway which undercuts the railway completely. It also runs alongside the River Nene – making for much happier views. And so, after having walked the path the weekend beforehand to ensure everything was safe for the vehicle, I prepared my P38 Range Rover for a commute like no other.

Laughing to myself as I slid out of the morning traffic and down the empty country road the next daybreak, I entered the byway with smug optimism. Wafting along the water’s edge, enjoying the company of swans and Dean Martin’s soothing tones, everything was going well. The Range Rover laughed in the face of the topography and I grinned inanely, catching sight of the traffic build-up through the gaps between hedgerows.

Approaching the first railway bridge, team P38 glided under the first of various scheduled trains destined to keep others waiting and plugged on into the dense undergrowth. Rail passengers stared in wonder as I successfully picked my way across the washboard landscape. Except, proceedings took a violent turn after an idiotic rookie error.

Originally, I planned to straddle the deep ruts and avoid the sump-abusing ridges, peppered with jagged stones and lumps of wood, but in my haste ended up driving straight into them. It was like driving a tramcar; no matter where you turned the wheels Mother Earth dictated where you were going. There was no escape.

I could hear the underside of the P38 repeatedly being beached, the front bumper grinding off the ground and both front and rear differentials taking severe abuse as they trailed through the earth. The traction control spat through the brake pedal as the air suspension pump made weird and horrible noises – right up to the point where the dashboard took delight in telling me that Electronic Air Suspension (EAS) system had terminated completely. Sinking down as the ruts grew deeper, losing ground clearance at rapid speed, I had no choice but to stop.

The pump was scalding. Opening the bonnet flushed my face with the smell of electrical death, but after a few minutes and some quick praying the system was back online. Even if my nostril hairs were forever seared.

It was then that the landowner appeared, curious after witnessing the beige shape working its way across the landscape. ‘You’re not a cow,' he blurted as I closed the bonnet. ‘No one drives down here anymore.'

I enquired as to why that would be. ‘It floods really badly in the winter and the track damages all the 4x4s that have been along here,' was the reply 'I had to tow a Suzuki Vitara out of the river last month.’ He wished me luck getting out alive and continued on his way. Filled with confidence I gingerly set off, questioning if I had my last will and testament in order.

And he was right. The terrain got worse, lurching and swaying the P38's cabin around until the CD player began skipping and the already hot air-suspension pump collapsed again. Delving into the back for the flask of tea, I had a cuppa until the hissing stopped.

There was a slight reprieve onto some tarmac before plunging back into the wilderness, the hull of the P38 rising and falling through the rough ground and deep, muddy trajectories. You could feel each wheel spin upon riding over seemingly bottomless craters, strangely in tandem with the temperature gauge spiralling towards the red. But the end was in sight – the main road was still empty up ahead, meaning that the railway barriers hadn’t yet lifted to release the disgruntled commuters. I had won!

Powering up onto the sweet, sweet tarmac I headed for the office – wearing a proud coat of mud and an underskirt of grass. Eventually the temperature gauge read normal after its ordeal, too. I had saved myself nearly ten minutes, which may not sound like much, but it’s the best commute a man could ask for. I felt like Indiana Jones and James Bond all rolled into one and it wasn't even 8am yet. I’ll continue taking that route to work after investigating the EAS fault.

So, stuck on the same commute? Beat the train timetable with a used Range Rover, a flask of tea and follow the tyre marks left in my wake...