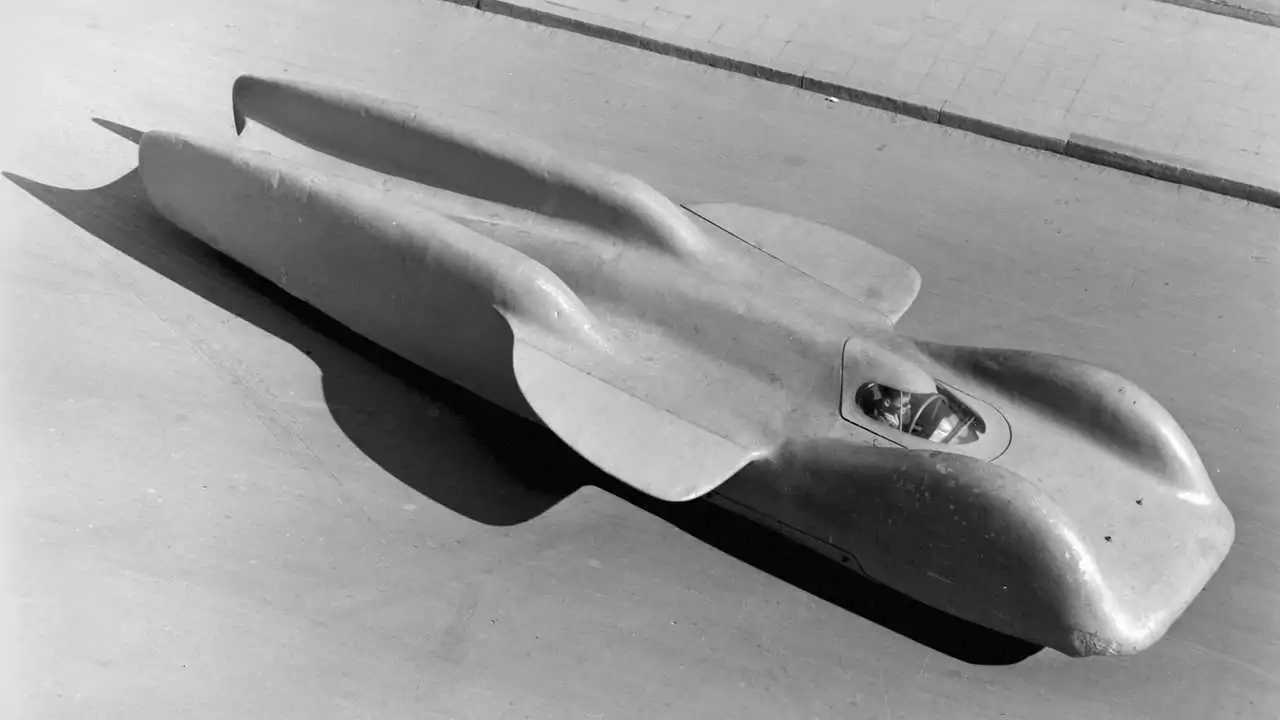 The Mercedes-Benz T80 had a projected top speed of 466mph ahead of its planned land speed record attempt. Without WW2, this would likely have been the fastest car of its time

Land speed record attempts are something of a technological demonstrator for a nation’s capabilities. It’s not just about reaching a ballistic target top speed, but the technologies that are developed in order to get a test pilot through these extreme velocities.

The Bloodhound SSC project that hopes to hit 1000mph is currently in financial difficulty and might never run but, before it, there was another car that never got its chance at land speed glory – the Mercedes-Benz T80.

Just like many record breaking machines of land, sea, or air, the T80 was to show the world just how advance the Nazi Third Reich was. This car was officially sanctioned by Adolf Hitler himself – after some persuasion from German racing ace Hans Stuck – with Dr Ferdinand Porsche beginning work on the car in 1937.

The car’s initial target was 342mph (550kph), but after other nations surpassed this during the T80’s development, this was raised to 373mph (600kph). By the time the car was completed in 1939 a much higher target of 466mph (750kph) had been placed on the Mercedes-Benz. This would be the first time an outright speed record would be broken on German soil, so those in charge of propounded wanted to set a speed that would last.

Aerodynamic design dictated the T80’s appearance with smooth surfaces and shrouded wheels. A pair of wings sprouted from the car’s centre to produce a prescribed amount of downforce at speed in order to prevent any inherent lift. The was over 8 metres long, featured six wheels, and weighed over 2.7 tonnes. Sitting at its heart was a 44.5-litre Daimler-Benz V12 adapted from a Messerschmitt Bf 109 fighter plane. Total power output was in the region of 3000bhp.

The stage was set for Hans Stuck to pilot the Mercedes-Benz T80 record car down a 6 mile stretch of the autobahn. This momentous event was to take place in January 1940 during what was dubbed “RekordWoche" or Record Week. However, World War Two began on 1st September 1939 leading to the T80’s record run being cancelled and the car garaged.

During the war its valuable V12 engine was removed and the car was sent to Austria for safety. There it stayed before being reclaimed by Mercedes-Benz and put on permanent display in its museum. It took until 1964 for another car (Art Arfons’ turbojet Green Monster) to surpass the T80’s projected 1940 top speed, highlighting just how far ahead of its time the German record car was.