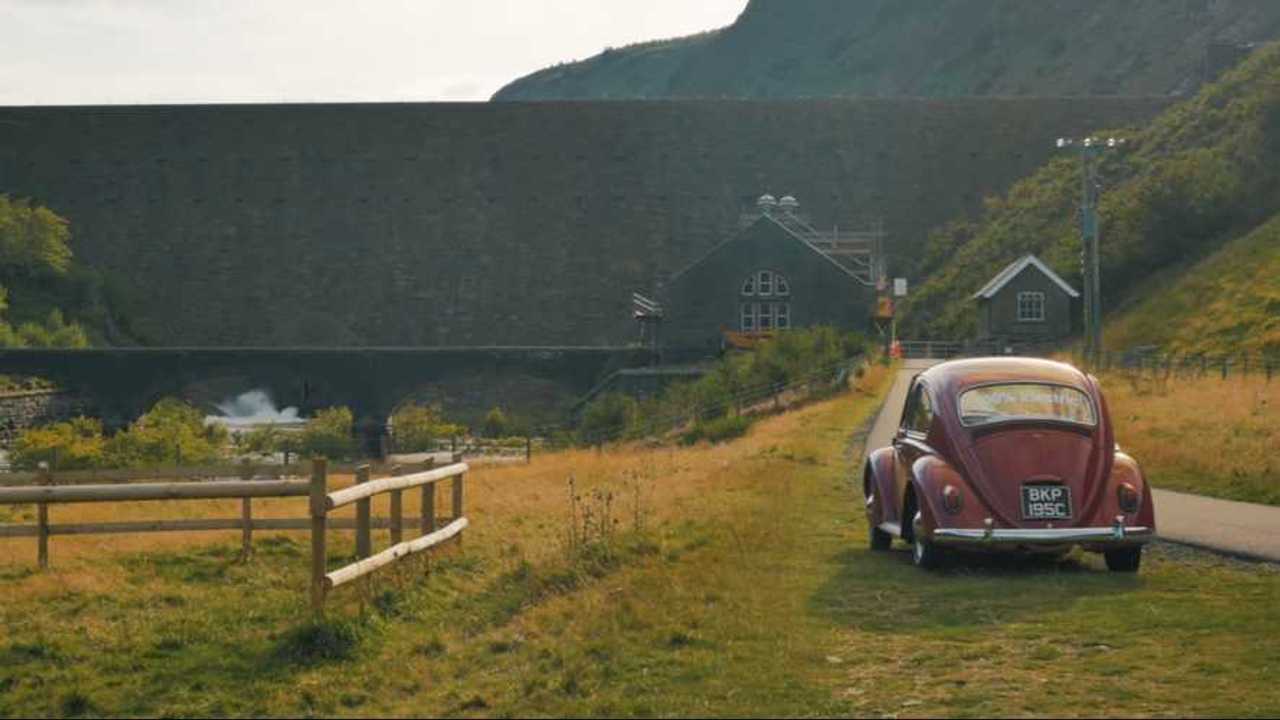 VW may be investing it's multi-billion dollar fine in electric cars, but in few quite as cool as this classic independently-engineered Beetle

Having proposed our own thoughts that Volkswagen might recreate the soon to be retired Beetle as an all-electric vehicle in the future, it turns out one business has already turned a classic model into a handy little electric car.

Its handiwork was showcased on the fullychargedshow YouTube channel, which focuses on electric mobility. They took the electric Beetle to the Welsh countryside, renowned for its lack of charging points, to road test it and explain how such a car can be made electric, without too much fuss.

This Beetle, one of over 21.5 million made, started life as a 1965 model with a 1200cc flat-four engine and a four-speed manual transmission, the latter of which it still retains. Its power equivalent to 40hp and the 'bug' could reach 62mph on a long stretch of road such as an autobahn. According to its current owner and converter, it took around half a minute to reach such a speed. Its electrification means it's now capable of way more than that.

'It was restored to a certain level [when it was bought]. I thought that’s not good enough and so we finished it off to the highest standard that it is now and electrified from there,' an Electric Classic Cars engineer explains in the YouTube video.

'There’s a 22kWh battery pack in it, split between a battery pack at the front and back. Gives about 100 mile range. It works well on the dial because it’s got 100%, so every % is a mile.' It's almost as if the car was designed to be electric.

This is the kind of technology that hypercars and Le Mans prototypes have used with remarkable efficiency, but nowhere is it more resourceful and practical than on a everyday road car. Although it can't match them in performance, the gains made since electrification are still mightily impressive.

'It now does 0-62mph in eight seconds. Keeps up with modern traffic and then some, which is why we’ve upgraded the brakes and suspension to be able to cope with the extra power. There are disc brakes at front.

'Touch and go whether to do that until two miles down the road after I’d converted it. Tried to turn left and woah. Didn’t upgrade rear brakes as you have re-gen anyway. [Installed a] thicker anti-roll bar on the front, and a camber compensator at the back, which helps settle the suspension down on the back. The weight changes is about 60kg more than it was originally.'

'With batteries split between front and back, the weight distribution is moved slightly forward, which means you haven’t got that feeling, certainly in a Beetle, that you’re dragging the back around. The car's nicely balanced. I’ve put a lot of effort into making sure it handles well, which wasn’t one of the best attributes of a classic Beetle.'

'We bolted the electric motor onto the existing gearbox. So although I’m driving in third now [along a scenic Welsh B road], I [actually] started the car in third gear, and I’m essentially using this as a automatic. There’s still the gearbox in the back. So if you want to go into sport mode, you can put it into second etc.'

Being able to start the car in any gear is a neat little touch to this already technically impressive vehicle. '[If I'm] doing 70pmh or so on the motorway, I'll put it into fourth.'

As of present, the car's electrical energy is being sourced in a very interesting way. A hydroelectric plant nearby provides the electricity that goes into the grid, meaning the car can quite literally claim to be powered by Welsh rain.

But just like alternate current, there is an opposite to rain-powered cars: the sun. Perhaps under appreciated is how much it genuinely shines in Britain, the current owner uses the solar panels at his home to also provide charge: 'I have a smart charger converter, so excess solar panel power goes straight to car rather than to the grid.

'The concept of electric classic cars is to take originals and leave them as they were [cosmetically]. No exhaust pipes and a little gauge on the interior [showing an electrical current reading] are the only giveaways.' The age of the car means it’s got simple mechanics and less to get around to convert it, such as a complex ECU or a massive turbocharger. For someone mechanically minded, you 'could convert [a Beetle] in a week'.

The Beetle won't be the only car to benefit from this, as Electric Classic Cars works its tricks on a variety of iconic vehicles.

So there you have it, the case that an electric VW Beetle would work. Or any design icon from the time. In fact, I think I have an old packet of Top Trumps that might be useful right now...