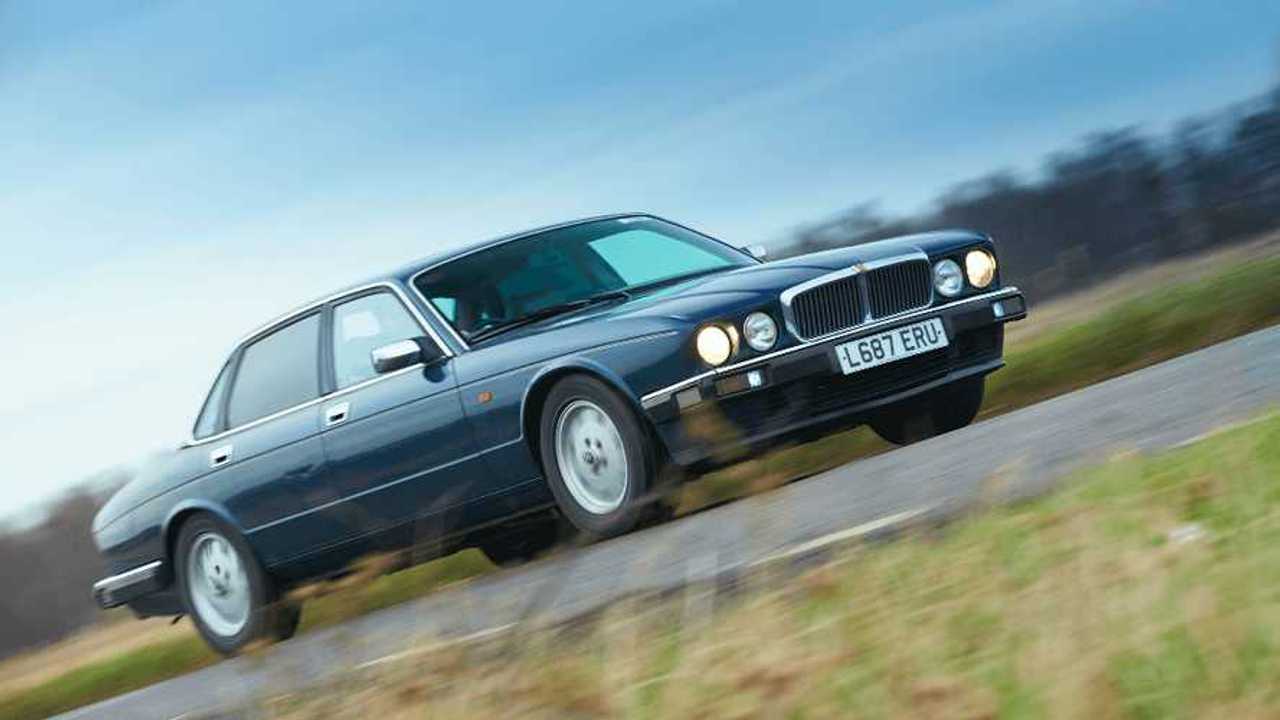 Renowned for reliability on a par with Westminster’s debauched politicians, our Jaguar XJ40 is currently out on test – joining several TVRs for the inaugural Eagles’ Rally across Europe. Here’s why

Car people are the best individuals. They understand comradeship, compassion, and humour, without the judgement of talking about gaskets in public. Take on the world’s problems with someone of a vehicular persuasion at your side and life’s tribulations will rarely stop progress.

As a rule of thumb, when taking on any excess journey across foreign land, you rarely choose anyone else – making the current motley crew forming Ben Coomb’s Eagle Rally Team some of the greatest petrol heads on the planet.

Where causal observers would look over the AutoClassics’ Jaguar XJ40 and lampoon its degraded interior, shredded paintwork and dishevelled stance, these guys totally understand the allure behind a luxury barge for less than Ian Duncan-Smith’s breakfast tab.

Never before has time witnessed such alluring exotica scream by on the Autobahn – at 192mph – with a broad grin and thumbs up directed towards a clapped-out symbol of Britain’s once-noble marque.

Yet, that’s exactly the mantra behind the first Eagle’s Rally. There is no prejudice, despite the glamorous metal. While the rally consists of various TVRs, Porsches and Jaguars; not one of the attendees treats the AutoClassics’ team with any degree of discrimination.

Rather, they have adopted the straggly cat as one of their own – we all move ‘as one’. This is not a boy’s club as so many are of these rallies are, it’s a group of petrolheads out for a drive. With stickers.

For those who haven’t yet encountered Ben Coombs’ mad adventures, the chap is something of a TVR legend. This time last year, he and his partner in crime – a 1996 TVR Chimaera – were traversing the snowy tundra, steamy rainforests and baron wastelands that boast some of the world’s toughest driving conditions.

Over terrain that would challenge well-heeled Range Rover or Mercedes G-Wagen, Ben successfully circumnavigated the globe behind the wheel of culture’s most infamous self-detonating brand. His main reason for the expedition? To drive a TVR from the world’s Northern-most pub to the Southern-most drinking hole. You can read about his adventure here.

However, it’s not just TVRs that Ben has undertaken ridiculous journeys with. Like a maniac, he and two others piloted a Fiat 126 through the Arctic, but not before taking a and a . He was attempting the impossible in cars that struggled with an imbalanced reputation. Almost like motoring Ghandi, Ben has proved himself as the classic scene’s ambassador and martyr.

Yet, unlike the glory hunters so common in a digital age, Ben decided to utilise his excursion knowledge and understanding of adventure – not for outright profit, but to encourage other aspiring wanderers in their pursuit of adventure. Thus, the Pub2Pub Rally was born.

Upon hearing about such a venture, we simply had to take part. There were to be only 14 places during the inaugural rally, and only one car for us to undertake the journey in – our clapped out Bangernomics Jag.

The Jag required emergency surgery in Lanark with Duke’s Garage only days before the rally was due to start, and they had performed miracles. Rabb McMillian and John Young – Scotland’s best engineering masterminds – had transformed a battered mule into an unwavering stallion with only minimal swearing.

Finally, after various challenges and a thorough thrashing, the big cat felt somewhat steady on the road. No longer did it leave a trail of oil and fire in its wake, as it had done during the John O’Groat jaunt. I doubt the good people of Thurso will forgive me for that one.

My teammate was to be the garage co-owner and ex-editor of The Scottish Sun; a fine newspaper used to wrap Glasgow’s staple Fish’n’Chips diet. Enjoying such a prolific position, he had been called many things in the past, but to me he was simply ‘Guv’ – Derek Stewart-Brown.

When he had met the Jaguar XJ40 for the first time and I enquired to his opinion on the vehicle, he threw me a cigarette lighter and told me where to buy a gallon of cheap petrol. He even informed me of some local waste ground where the burning would raise little to no attention.

Although the battered saloon presented itself with the aesthetics of mould and the prudent aroma of failure, after various visits to Duke’s Garage for no-end of repair work, the Jag seemed to pluck at Derek’s tangy heartstrings. When the concept of Ben’s rally was announced, Duke’s agreed to give the XJ40 a once over on one condition; Derek joined the convoy as part of Team Jag.

Fish out of water

The starting point was set for Neil Garner TVR in Crudwell, England. Rolling in at 9am, we joined an impressive line-up of TVRs, Porsches and high-profile Jags for the rally’s launch – and boy, were we a fish out of water. Whereas I initially felt confident in the XJ40’s new-found grunt, the 1994 3.2-litre was completely dwarfed by the various domineering V8s.

Upon inspecting the accompanying vehicles, we decided to position ourselves at the very rear of the procession. Besides masking our outright lack of comparative performance, the action avoided stumping the convoy’s progress. With the drop of a flag, Ben shot off in his TVR, followed in quick succession by a guttural roar of further eight-cylinder offerings from deepest Blackpool.

Right from the off, the XJ40 struggled to keep pace. The twisting roads of Surrey provided no mercy for our ageing barge. As the TVRs and Porsches tackled each crook and bend with steely determination, the Bangernomics Jag flailed and thrashed like a wheelie bin possessed by the wind.

Tucking the front end into the undulated corner brought on an intoxicating blend of both over- and understeer. The front-end cascading round with the tenacity of a drunken sumo wrestler. The hull appeared to lift with each earful of screeching rubber for a heart-stopping moment, where steering correction and prompt pedal balance was the difference between ending up in a ditch or keeping on track.

After only five minutes, both the car and driver were clearly very much out of their depth. With the rev needle buried well beyond 5500rpm, it was clearly going to be difficult ensuring a successful presence upon the finish line – 6017 feet up the Kehlstein towards Adolf Hitler’s Third Reich-era social club. Here we go…

The full report on the XJ40’s progress will be published next week. Stay tuned!