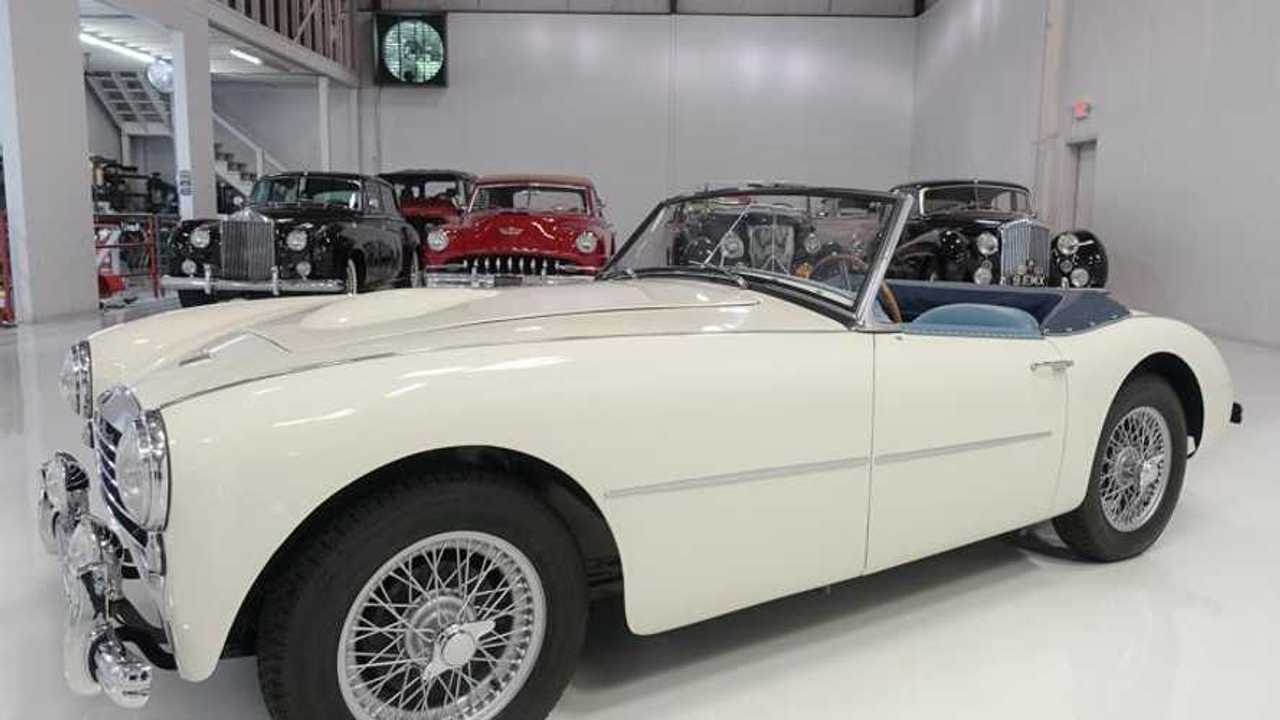 A proven concours car, this Swallow Doretti is a rare sight with just 276 being built. Values have dramatically increased over the past 10 years, so grab this collectible British sports car quick!

Attend any prestigious concours around the world and you’ll quickly appreciate how much time, money, and attention to detail that goes into each vehicle that attends. As well as the cars being pristine, the top awards usually go to examples that are exceptionally rare and are hard to come by today. This 1955 Doretti might be the perfect entrant for your next concours event.

This Swallow has undergone a complete ‘nut and bolt’ rebuild after being garaged in California for nearly 50 years. Its restoration was completed in 2011 and today this Doretti is absolutely pristine. The car also comes with plenty of documentation detailing its past, not to mention the original owners manual and period brochure.

Swallow was a small British coachbuilding company that was well known for its motorcycle endeavours. It capitalised on the post World War 2 demand for small lightweight sports cars with the Doretti providing 100mph performance thanks to Triumph TR2 running gear. Its soft lines captivated onlookers and was sure to appeal to an American market hungry for British sports cars.

This model was well reviewed in its day and was capable of putting many rivals to shame. However, pressure from other British manufacturers — including Swallow owner turned Jaguar boss William Lyons — meant that production ended at just 276 examples. This car was one of the last to be built.

Today it is believed that there are just 80 Swallow Dorettis left, making them sought after by investors. Over the past 10 years, values of this little sports car have risen by 467%, making them quite the investment.

Daniel Schmitt & Co currently have this Swallow Doretti listed for $169,900 in our classifieds. If you’re looking for a potentially prize-winning car at future concourse events, this model might be of keen interest.