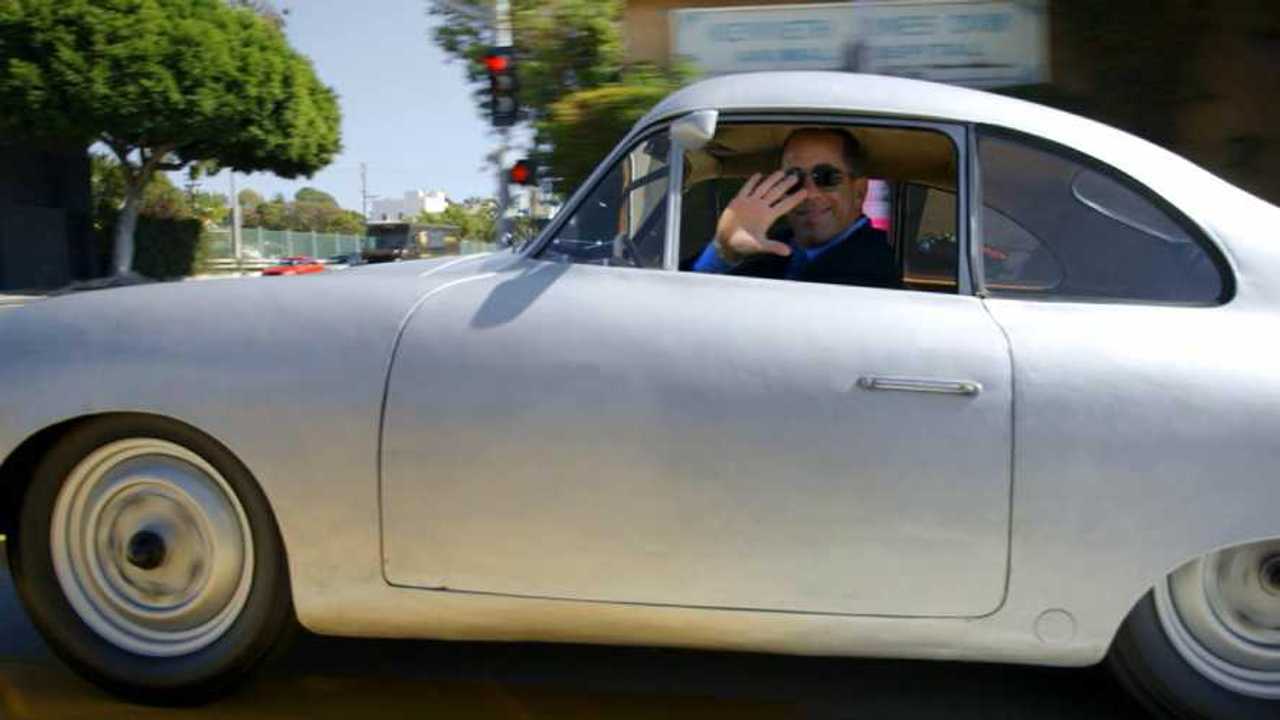 With a new season of Seinfeld's hit car-based comedy show back for another season, Fulton Leasing has taken a look at the comedian's ongoing obsession with vintage vehicles.

A fresh batch of Comedians in Cars Getting Coffee has recently launched - the first run of episodes since the show moved over to streaming giant Netflix.

If you aren’t familiar with the show, in each episode, comedian Jerry Seinfeld borrows an impressive car, kicks off proceedings by waxing lyrical about what makes it so cool, swings by to pick up a compatriot/comedian, and then zooms them around for a bit before they stop off at the local greasy spoon for a brew.

It’s simple but it works. Hence why the show is now in its 10th season. But why Seinfeld? As well as the host, Seinfeld is also an exec producer, dreaming up the idea after a trip he made to purchase an old VW Beetle from New Mexico. Logically, it’s also a pretty natural progression for the comedy giant, who unbeknownst to some is a lifelong vintage car enthusiast, with a collection boasting more than 100 vehicles.

We've joined up with Fulton Leasing to take a look under the hood of what is now one of the most popular automotive shows in the world.

Comedians in Cars Getting Coffee features some of his personal collection

The idea for the show was conceived when Seinfeld was driving back from picking up a new car for his collection, so it’s apt that a number of his personal favourites have been featured on the show.

The 1973 Porsche 911 Carrera RS was one of the most iconic appearances. In the show, Seinfeld carted around Seth Meyers in the legendary vehicle - which has been valued at between $500,000 and $1.4 million. According to experts, it is extremely rare with as few as 49 models being produced in total. Sadly though, that doesn’t protect it from the usual perils of the road. In 2014 it suffered a fender bender in the Hamptons after a BMW sedan backed into it. Oops.

He once owned 46 Porsches at once

Yes, that's not a typo. 46. The comedian is a self-proclaimed Porsche nut and at one point was said to own 46 models, though the exact types remain unknown.

Speaking to CNBC, Seinfeld shared that the minimalist approach to design is partly what fuels his love for their cars so much. "There’s no stupid lines on a Porsche that don’t make sense," he said. He also praised the iconic manufacturer for designing with efficiency, aerodynamics, and grace in mind, to create something that as he put it embodies "the essence of sports-car perfection."

The collection boasts one of the first city cars in history

While Seinfeld might be a notorious Porsche groupie, there is another, less-luxurious carmaker that holds a place in his heart. In an article he wrote for Automobile magazine, Seinfeld revealed that he loves anything of Italian heritage, giving a particular nod to Fiat.

"Fiat is an unassuming kind of company making unassuming cars," he explained.

To pay homage, Seinfeld added a 1957 Fiat 500 to his collection, rumoured to be one of the earliest production examples. Despite its top speed of 53 miles per hour making you feel like you’d be better off getting out and walking, in its day it was a successful racer.

His car collection has its own house and fleet management team

Never one to do things by halves, Seinfeld's impressive collection is housed in a $1.4 million garage in Manhattan. The property boasts four separate garages and its own fleet management team, who are responsible for regular and preventative maintenance of the cars.

The New York garage also supposedly boasts an 850-square-foot living quarter, which features a kitchenette, a bathroom, and even a club room with a pool table.

In the event that Seinfeld ever wants to check in to make sure his team is working and not playing pool all the time, the comedian can reportedly look in on his smartphone to access both interior and exterior views of the property in real time.