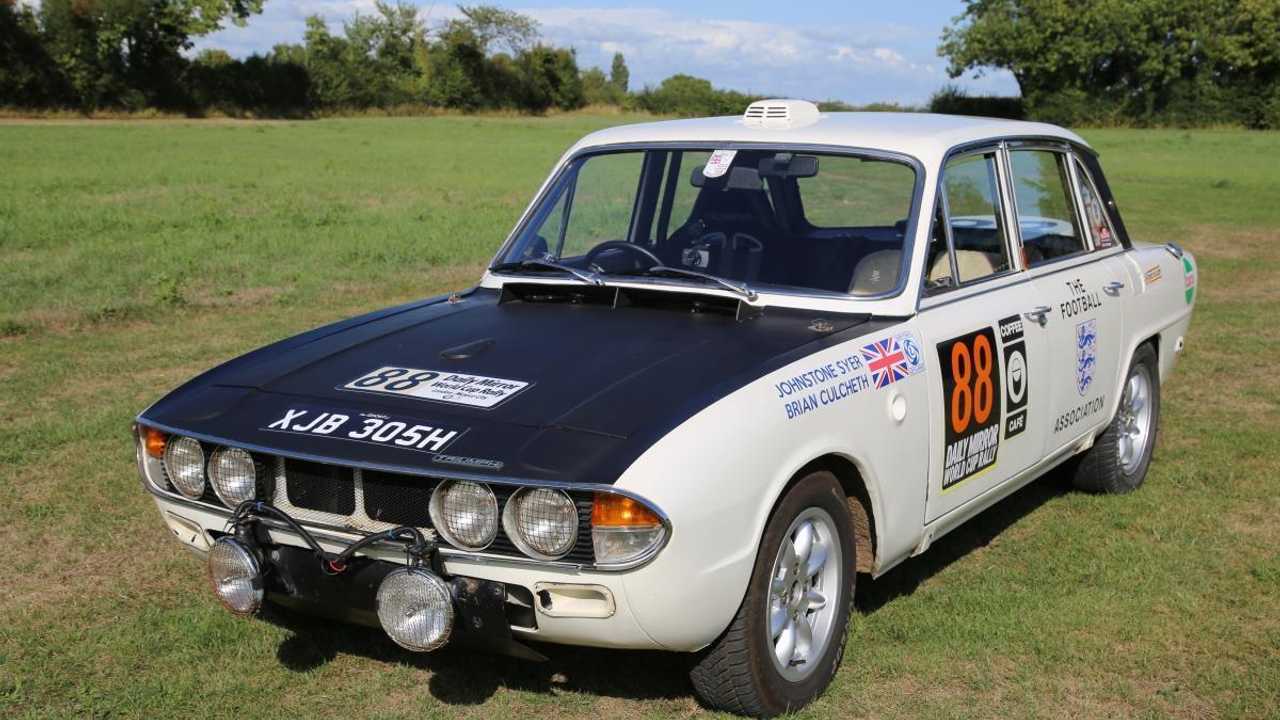 When a famous rally car of the past was destroyed by its creators, this painstaking replica was created. It's now for sale in our classifieds

What to do if you want to get your hands on a successful competition car of the past, but it was destroyed several years ago? In the case of the Triumph 2500PI that finished second in the gruelling 1970 London to Mexico World Cup Rally much effort has been put into a solution.

London to Mexico was the first of two World Cup Rallies to be held and the second of four marathon rallies, beginning with the 1968 London-Sydney Marathon, that were peculiar to that period.

And “marathon” is the word. The 1970 rally started at Wembley Stadium in London in mid-April, before taking in France, Germany, Austria, Hungary, Yugoslavia, Bulgaria, Italy, back to France, Spain and Portugal. After a sea passage it then resumed in Brazil for the South and Central American leg, travelling through Uruguay, Argentina, Chile, Bolivia, Peru, Colombia, Panama, Costa Rica, before finishing in Mexico City at the end of May some 16,000 miles later.

In the hands of Brain Culcheth, with co-driver Johnstone Syer – one of relatively few entrants not to take a third crew member – the Triumph came oh-so-close to winning, finishing runner-up to future world rally champion Hannu Mikkola and Gunnar Palm in a Ford Escort, just over an hour behind overall after the six weeks’ running.

Underlining the Triumph’s strength, another 2500PI followed it home in fourth place, both beating a host of famous cars including a Porsche 911 and a pair of Rolls-Royces! British Leyland had concentrated its rally efforts on this event well in advance, both for its publicity as well as recognising a genuine chance of victory.

The original Triumph 2500PI didn’t do much rallying subsequent to the 1970 event and then was destroyed by British Leyland, but three years of hard work by owner Dave Bullen has resulted in the next best thing in this faithful replica. Known as “The Ghost of XJB 305H” (reflecting the original car’s number plate), the instigation came from none other than Rod Stewart. Yes, the rock and roll bloke who used to own a Lamborghini Miura.

With a Triumph 2000 used as its base, the level of detail in ensuring period accuracy has been painstaking, to the point of using the original build sheets from British Leyland in Abingdon and drawing upon the personal recollections of Culcheth. The precise replication has gone all the way to the car’s dashboard and original specification switches and electrics.

The car is suitable for display – it’s already been displayed at Lancaster Insurance Classic Motor Show at the NEC as well as paraded at Classic & Supercars at Sherborne Castle – and as a cost effective route into historic rallying. Its current owner already had the latter in mind, as its sale comes complete with a paid entry into the Lombard Bath 2018 event worth £450.

Its link with the original car’s past is important and reflecting this the buyer will also be asked that the car attends the 50th anniversary celebrations at Gaydon in 2020 and to make the car available for Culcheth – the very same who drove it in the 1970 rally – to drive it on the day.

The car also could well represent value for money – the seller estimates it will go for £16,000, which is far less than the tens of thousands spent in its creation.

It also comes with a detailed portfolio of the work and modifications that have been carried out, a signed limited-edition print of the original car competing in the 1970 World Cup Rally in Mexico, a 1/43rd model, as well as a history file with many publications and press cuttings of the car’s history, including books and a copy of the event's programme.

You’ll need to move fairly quickly too as the auction is now live, finishing on September 24. So check out its AutoClassics classified advert for full details, before it makes a run to the Mexican border.