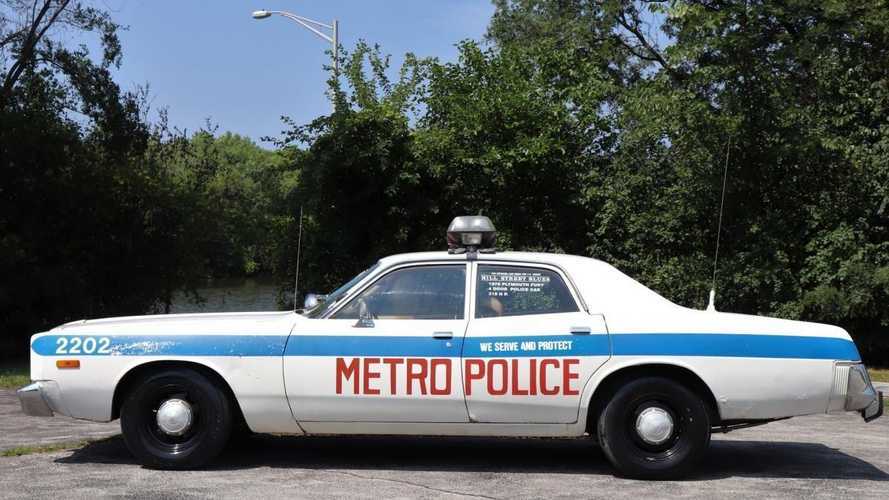 Reportedly used in the 'Hill Street Blues' television series, a Plymouth Fury police car has popped up for sale. Even if it's not the real thing, it certainly does a convincing job

The award-winning 1980s police television drama ‘Hill Street Blues’ featured a lot of police officers, and therefore a lot of police cars. The title sequence alone featured at least four in action, and one of the cars from the show is reportedly in our classifieds.

Plymouths and police cars on AutoClassics

According to a claim by its current owner, this seventh generation 1976 Plymouth Fury four-door police car in our classifieds is one of the models that was actually used on the show.

The exterior decals and sirens suggest that may well be the case. The Fury’s production line started in 1955, with the car being majorly updated every few years as a new generation until it left Plymouth’s line-up in 1978 and the body was recycled for the Gran Fury.

With the need to potentially chase fictional criminals, the car contains a 5.2-litre V8 engine and an automatic transmission. A CD/radio player which tunes in to AM and FM provides the in-car entertainment, but I think we can all agree on the fact the actual fun comes from playing with the complementary megaphone and police siren. We don't recommend impersonating a police officer, though.

A police car isn’t a police car without its lights, and the Plymouth comes with a StreetHawk Lightbar for that authentic blue and red look, along with a panel of switches to control the car’s lighting set-up.

You don’t need the lights for this to look like a police car though, with the words ‘METRO POLICE’ plastered down the side in huge red letters. Further adding to its law enforcing credentials, a light blue stripe runs down the length of the car, plus there's blackwall tyres and its ‘Hill Street Blues’ heritage printed on the rear passenger – or criminal – windows. The interior is in a tan colour, and looks very simple barring the set of switches.

All that's left to do is grab your aviator sunglasses and head over to the classifieds listing.