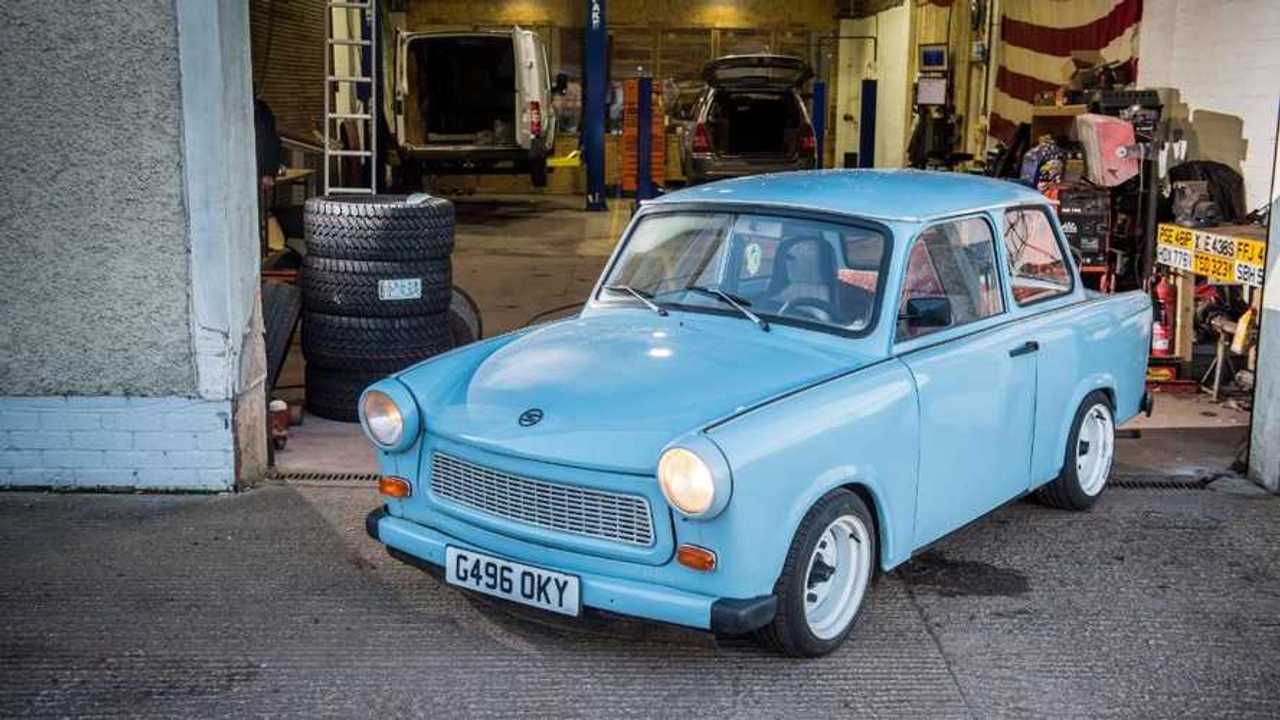 A garage purely exists to fix your car and charge the earth, right? Not always. We caught up with Dukes Garage in Lanark and it's founder - Rabb McMillan – who takes a somewhat different approach to Scottish automotive life

The Burgh of Lanark remains somewhat infamous for its typical Scottish culture. Renowned as William Wallace’s town of residence, alongside the actions of Robert Owen in pursuit of modern socialism, Lanark isn’t recognised as a haven for the petrolhead. However, all that is set to change.

Hidden away off the main road, an inconspicuous building overlooks a quiet railway yard. Iron fencing circles the compound. To the untrained eye this is purely a warehouse, presumably stacked with scrap metal and old tyres. Yet all assumptions would be wrong. The only scrap on site is my old Range Rover, casually marking its territory with a fresh oil leak.

As the building’s black shutter retracts, all manner of the unexpected is slowly revealed. This is no mere garage, but a safehaven for automotive culture deep within the Scottish central belt. While there are hundreds of established workshops across the land, very few boast the credentials of Dukes Garage.

Besides the state-of-the-art equipment and smattering of rebuilt vehicles, there’s American memorabilia and nods to Scottish vehicular heritage draped from the walls. By the main entrance stands a board with the entire register of vehicles and associated names from Gone in 60 Seconds – but then, as I walk through the workshop towards the office, it's all ramped into overdrive.

Firstly, the door ‘handle’ is nothing of the sort; it’s a petrol pump – and a BP one at that. Pushing open the wooden door reveals the garage’s proprietor, Rabb McMillan, and his desk; crafted from a classic Mini Mayfair. His fellow business director, and ex-motoring editor of The Scottish Sun, Derek Stewart-Brown, is never far from proceedings.

‘We found this Mini after it had been petrol bombed by vandals,’ Rabb explains between sips of coffee. ‘There was nothing we could do. Rather than waste it, we took all the good bits off and turned the rest into a desk.’

‘People have looked my desk over and asked if we can build them one. We say that we can if they provide the Mini, but it can’t be a healthy one. We would never strip a good one. There are currently plans to turn one crash-damaged Mini into a child’s bed, and another into a hot tub.’

And that’s exactly the vibe you get from Dukes Garage. Many fellow garage owners lay claim to ‘understanding classics’, but this place is the real McCoy. Spearheading such appreciation, Rabb is a devout enthusiast of all things Americana. Yet, unlike others in this profession, Rabb finds beauty and humour in all vehicles. As does his right-hand man and mechanic, John Young.

The evidence is showcased all across the office. A plethora of wooden steering wheels and genuine American licence plates adorn the wall, with Confederate flags clashing against ageing British road signs. Deep-set couches envelope lashings of specialist magazines. In the corner rests age-old radio equipment straight out a 1960s Bond movie, and a Ford rally engine, positioned on a plinth, dominates the eye line. These guys are genuine enthusiasts, there is no doubt about that. Even the prospect of mending my second-generation Rangey doesn't faze them, and the P38 has been turned away by other garages and their patronising mechanics before.

‘I’ve been in this industry for donkey’s years,’ Derek explains. ‘The situations I’ve witnessed people suffering, and the treatment of customers from big-brand names, was despicable. After meeting Rabb and grasping his plans for a genuine enthusiast's garage, I wanted to help change the face of the industry where we could. There is no reason why classic car enthusiasts need to be spoken to like second-class citizens.’

Having run The Scottish Sun for considerable time, Derek knows where to put the hours in. With his contacts and Rabb's determination, it was only a matter of time before Dukes Garage became more than just a place for mechanical works.

Rabb has long lit up the Scottish automotive scene with his enthusiasm and passion, crafting an interest in mechanical workings from a very young age. Petrolheads from across the country now descend upon the workshop in search of expert advice, quality restorations and trustworthy repairs. The mantra has gathered pace, and now, every Friday, classic vehicles of all calibres gather at Dukes to marvel at the artefacts on display and talk all things cars.

Word spread so quickly that filmmakers soon caught wind of the expertise Derek and Rabb possessed. Embargoes mean we can't yet tell you who these clients are, and what television and motion pictures the vehicles are destined for, but it’s big stuff. One vehicle was shipped across from the US purely to get TLC from these guys.

The only problem this creates concerns time – with so many car aficionados desperate for Rabb’s craftsmanship, the location is often swamped. But there are no plans to turn customers away; in fact, more staff have been taken on keep up with demand, including a new apprentice.

‘We completely re-chassied a Land Rover Defender in a fortnight,’ Rabb tells us. ‘The Landy enthusiast was stunned, as she had never experienced such a timescale before. Customers always seem blown away that jobs like that can be accomplished well and on time.’

The biggest difference between this garage and others remains a simple one, however. The Dukes crew will fix anything. While Rabb and John are undoubtedly specialists in restorations and all things classic cars, their scope extends to brand-new vehicles and everything in between.

This is the only place north of the border where you’ll find a 2006 Hyundai on an adjacent ramp to a Trabant, while a 1960s Ford F150 and Jaguar XJ40 receive all manner of work in the foreground. Yet the Jag needs to be completed by 3pm, as Mrs Smith has her 2004 Ford Focus booked for an MoT…

Why are we telling you this? Well, these guys were handpicked for their precision and understanding to work on our for a monumental challenge. There’s a reason you haven’t seen it for a while…

You can find out more about Dukes Garage and its services here. And keep an eye out for news of our XJ40…