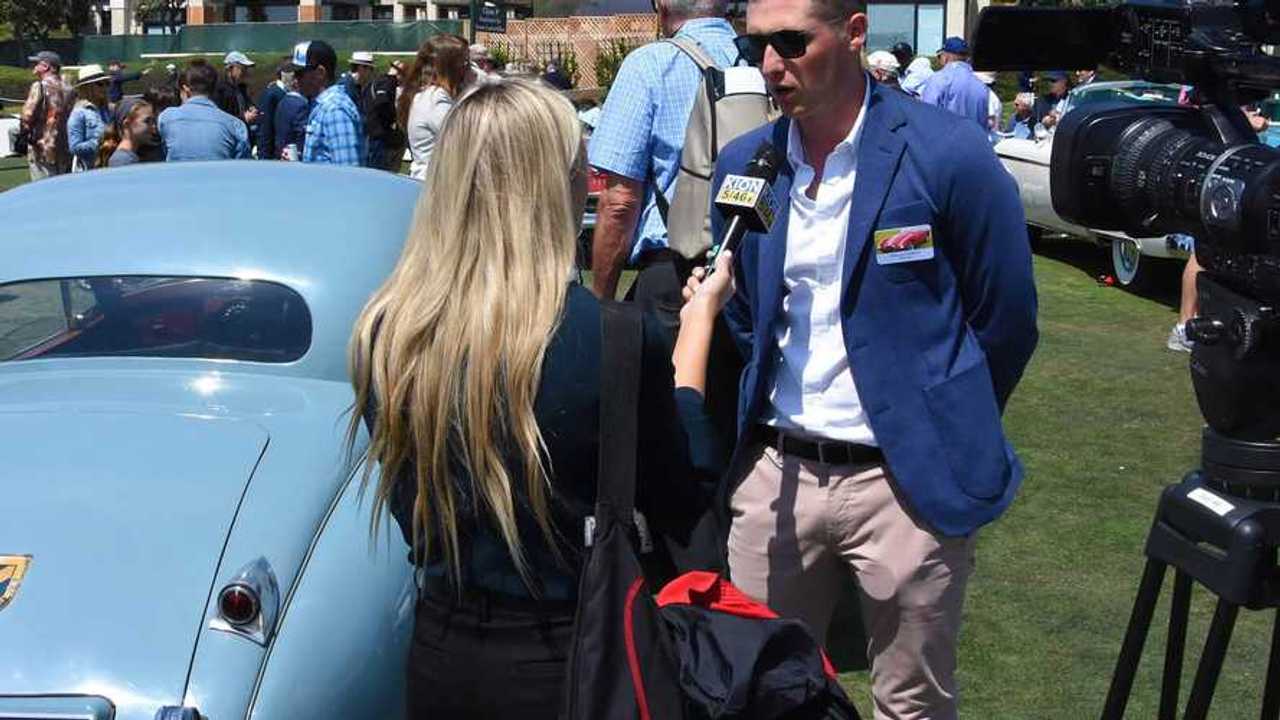 If you’re ever lucky enough to enter a car into the Pebble Beach Concours, here’s what you should expect – courtesy of a very special 1953 Jaguar XK120…

Renowned British specialist DM Historics displayed its incredibly original 1953 Jaguar XK120 during the Pebble Beach Concours d’Elegance 2018. Here, in the words of Founders Dominic and Marcus Holland, is the story of a very special experience…

After a 3.55am rise, we made it to the international holding tent for 5.30am to uncover our XK120 and undertake some final checks on the car before rolling it out for Dawn Patrol. This is a somewhat sacred early-morning pilgrimage in which car fans flock to the lawn before the crowds arrive, in order to scope out what’s been hiding under the covers. We made it to Dawn Patrol for just before 6am – and it was safe to say we were nowhere near the front!

After receiving a tremendous welcome as we drove the XK120 onto the show field, we were set in position. We then nipped off for breakfast before judging started at around 9am. It was a nervous wait as, whichever way we cut the cake, we were the third car in a line of five. As the judging began we could hear the differing approaches to each car, and with this being our first Preservation Class entry, we were unsure exactly where the scrutiny would be focused. We were watching the judges intently.

By 10am it was our turn as the delightful Simon Kidston and his team strode over to the XK120, and we braced for battle. Quick introductions over, it was down to business:

‘We will spend an equal time with all cars. We would like to understand the paperwork, then work around the exterior, then the interior, the engine bay and finally a few checks that everything is working.’

We had been preparing the paperwork for some time, so we used our book as the guiding principal for our conversation around the XK120. There was heavy scrutiny on the history, understanding MoT history, mileage, the Ecurie Ecosse badges and the interior – little had been done to calm our nerves by the end of this.

Then, in something of a pincer movement, the three judges were off around the XK120 all in different directions, as we fielded questions focused around all aspects of the car. It was time to see whether we could get the valve radio to crackle into life – an area we had checked only in the UK. A few quick tweaks on the tuner and there it was, BBC World Service – or at least a crackle of it. First hurdle overcome!

The electrical checks continued at pace, looking at sidelights, headlights, indicators and the spotlight in the grille. The pace was relentless as we were quickly out of the car and on our feet, moving on to check the engine bay and boot compartment. After what felt like ten minutes, there was a shaking of hands and off the judges went.

Unfortunately, it wasn’t meant to be this year, but we felt the Jaguar stood up to scrutiny superbly. The top three cars were a Ferrari Dino, Studebaker and OSCA – all great examples with varying degrees of provenance. It really must have been tough to judge. The whole experience was surreal and over in the blink of an eye – but what an experience it was.