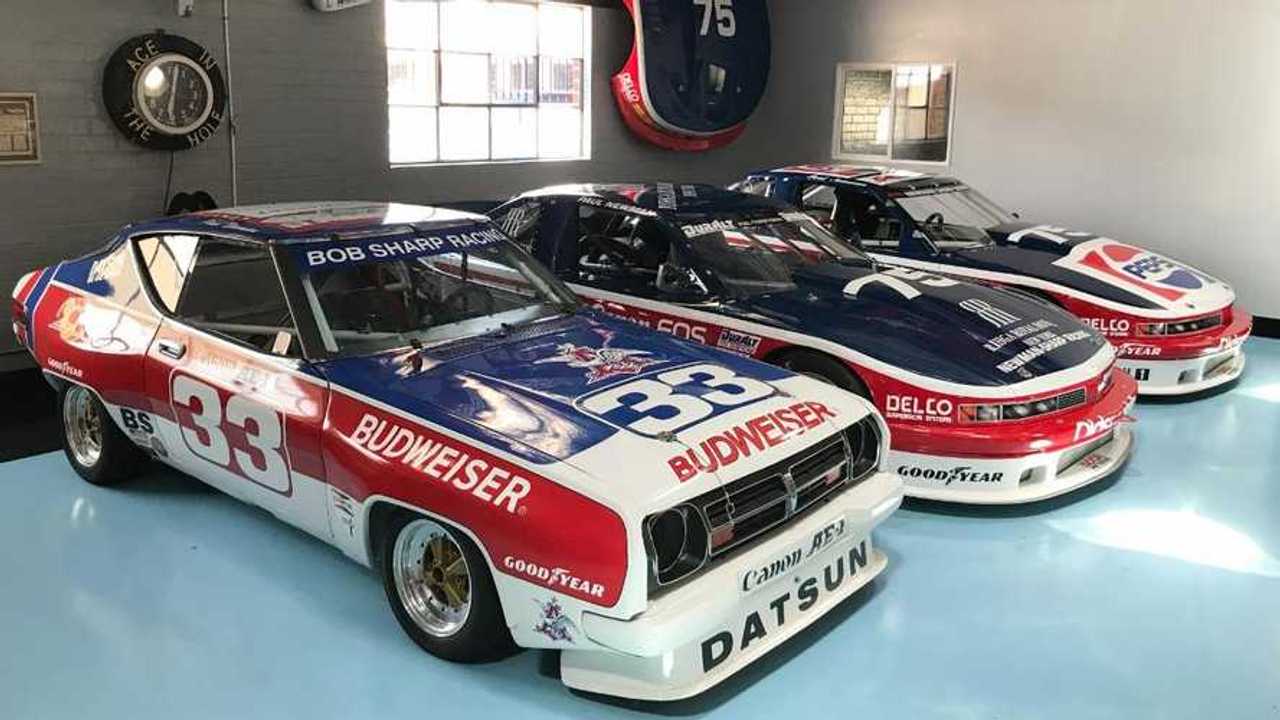 The comedian, celebrity podcaster and racer loves Datsuns and Nissans – and the ultimate examples are those once raced by Hollywood star Paul Newman. Take a look at Adam's collection…

‘I was a Datsun fan more than a Newman fan, interestingly enough,’ says Adam Carolla, as soon as we begin. ‘I started with Datsuns, and then it became pretty evident pretty quickly that Paul got his start with Datsuns. If I was going to collect Datsuns and Nissans, then it sort of dovetailed together – so at a certain point it became evident to me that I was collecting Paul Newman race cars.

Adam never met the screen star, who died in 2008, but as the collection of ex-Newman cars began to build up, so too did his admiration for the actor. The admiration even prompted a documentary film, Winning: The Racing Life of Paul Newman, released in 2015 and directed by Carolla and Nate Adams.

‘Paul Newman was an East Coast guy, he wasn’t a Hollywood guy,’ Adam explains. ‘I was a radio guy and a TV guy; I was maybe a half a celebrity, so we didn’t run in the same circles. He was in Connecticut, it didn’t seem like he did a lot of publicity, he just liked to race. I was probably at the Toyota Grand Prix at Long Beach while he was there, but I never met him.

Adam (below) continues: ‘He knew he had a passion for cars and racing, he knew that racing was really what he wanted to do, and once he got into it I think the movies were just something he did to support that. Everyone I interviewed about him had nothing but glowing things to say about him.

‘He was an interesting guy because he was private but he also loved to just cook for all the guys at the track at the weekend, make burgers. He had a special kind of burger he would make, and that’s when he invented the salad dressing [Newman’s Own]. He was kind of a renaissance guy, he really appreciated someone who worked with their hands. I think he was a salt of the earth, but he had the mind of a poet.

‘I don’t compare myself to him, but I do understand that I much prefer a regular guy and to talk some shop and mess around with cars than going to movie premieres or something. I just find that a much more enjoyable environment.’

And so we get onto the cars, and how it all started. ‘I always liked Datsuns. I had a Z and I had a 2000 roadster, but then it got away from me. It was a Datsun 610 (shown in period above) that got me back into vintage racing.

‘That first 610 was a race car built by Bob Sharpe, and with an original Bob Sharpe paint job on it, and original livery. It wasn’t the one that was raced that year, I think 1973 or ‘74, but it was the back-up car, so it was in great shape. So I bought that car, and I think the next car I got was Paul’s two-frame GT1 championship car.

‘There are always Newman cars out there that I want. He won four national championships, and I have three of the winning cars, so obviously it would be nice to have all four of them. There are a few other scattered cars that are pretty cool, but I have his team cars from 1985 [below], ‘86, ‘87, '88, ‘89 and ‘90.

‘I have two cars that he owned personally and raced personally, and I have ten of his cars overall, so I can’t really complain. But it would be nice to… you know…'

And which are the favourites? There’s a long pause as Adam thinks about that.

‘The 1988 2+2 Turbo Z two-frame car [above]; I enjoy that one a lot, of all Paul’s cars. [A further pause]. And another two-frame car, an Oldsmobile Cutlass [below], which he owned himself after he raced it for a season, which I enjoy as well… but as my favourite I’ll go with my two-frame 2+2 Turbo Z, which doesn’t really resemble a Z at all.

‘More recently there’s his 935 Porsche [in the famous Hawaiian Tropic livery, below], which I don’t really think of as a Newman car, though he drove it Le Mans and he drove it at an endurance race in the states at Watkins Glen. But other than that… well those are two long races he drove it in, and it’s got his name on, so it is kind of a Newman car!

‘I also really like some of the racing Datsuns I have. I have some BRE cars; I have the first two BRE roadsters [below], I have a BRE 510 – some of the rarest stuff. I have one of them [BRE 510s], the [Nissan] museum has one of them, and there’s one torn apart somewhere in New Mexico.

‘You know I also have some old Lambos, and Lambo stuff is kind of cool, too. But as I’m fond of saying, if you want to get a Lambo Miura or you want to get a 350 GT or a 400 GT 2+2 or whatever it is, if you have a million dollars lying around or seven-hundred-thousand, or two million if you want an SV, then you can always find one.

‘But if you want a BRE Roadster [above] then you’ve got to talk to me, because there are two of them on the planet and I own both of them! So my feeling is that, as cool as the Ferraris are and the Lambos are, the idea of having, say, the old [Triumph] TR6 Tullius [Group 44] car that Newman put in his own livery and drove to his first production championship at Road Atlanta [below], then that’s just a rare piece because it’s one of one.’

Reports vary on the size of the Carolla collection, but most say that Adam currently owns 37 cars. Is that the case?

‘How many cars do I have? To be honest I bought a few, I sold a few over the last few years, a lot of them are out in different places at different stages, so I might just say 25 or 30 at the moment.’ He laughs when it’s pointed out that not knowing how many cars are in his collection isn’t a bad problem to have.

So far in 2018 Adam has raced at Road Atlanta, in the Walter Mitty race, at the UK’s Goodwood Festival of Speed in the 935, in the 935 again for the Monterey Motorsports Reunion at Laguna Seca, and he’ll return to Laguna Seca in September for the Rennsport Reunion in the Porsche 935. Paul Newman’s cars aren’t going to retire any time soon.