Top 10 steps to get started in endurance rallying 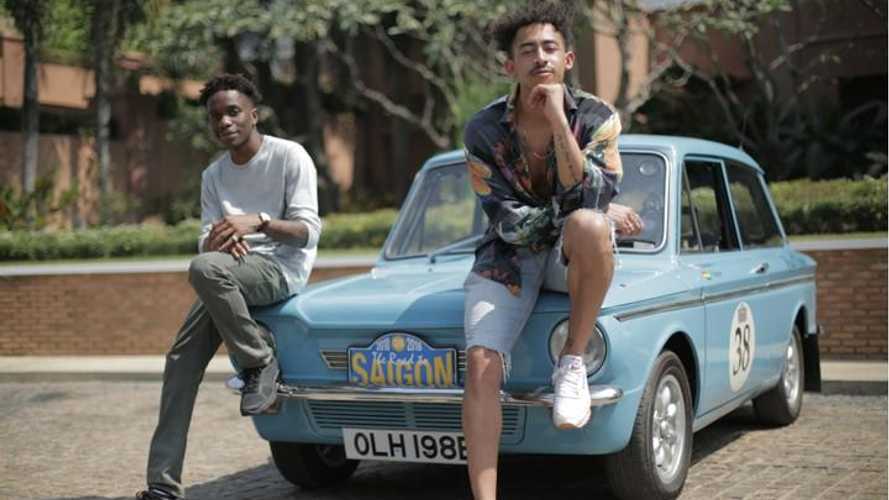 Tempted to tackle a long-distance rally in a classic car? Take some tips from specialist Rally Preparation Services, and you’ll be ready and raring to go

Endurance rallying has become one of the greatest aspects of historic motor sport, combining classic and vintage cars with epic adventures in far-off countries. From shorter three-to-five-day events in the UK and Europe, to the mammoth 36-day Peking to Paris Motor Challenge, all rallies test both car and crew – sometimes pushing both to the limit.

With BBC2’s new documentary Eight Go Rallying: The Road to Saigon starting this Sunday, featuring four celebrity novice crews embarking on a 12-day adventure, you may be inspired to follow suit. But don’t just dive into the deep end, or you may find yourself lost in the middle of nowhere. Just as our staff writer did with his old Jaguar XJ40.

More about endurance rallying on AutoClassics…

Cars prepared by Rally Preparation Services (RPS) have won the toughest endurance rallies in the world, with the Oxfordshire-based specialist sending no less than 24 entrants – a mix of vintageants and classics – on the most recent Peking to Paris.

Here are RPS’s top ten steps to get you started in endurance rallying:

1. Get the right car

Choosing the right car is paramount. You first need to decide what age of model you want: a classic (1941-1975) or vintageant (pre-1941). On most mixed-age events there will be fewer vintageants than classics, but don’t expect the competition to be any less fierce.

A reliable engine that isn’t going to be ‘revving its nuts off’ is more likely to go the distance. Most rally rules are fairly relaxed about transmissions, and in its Fangio Coupés RPS raises the gearing to reduce stress on both the engine and the crew.

If you are looking at a car with endurance-rallying history, make sure you inspect the rear axle. This endures considerable punishment, and is a regular culprit for sudden failures. Repair during an event is very time consuming, and RPS says it would much rather rebuild an axle in its Witney workshop rather than lying under the car in a desert in the dark.

Having the right person sitting next to you for the duration of the rally is important – especially when confined to a cosy cockpit for eight hours a day. You need to trust and respect each other, because there will be times when the navigator gets it wrong or the driver just doesn’t listen. Leave what happens in the car, in the car!

When you get to the day’s end, work together to make sure the car is ready for the next day. Don’t head to the bar and leave your crew mate to do all the work. RPS reckons it has seen people leave in the middle of the night, husband-and-wife teams get divorced, and crews never speak to each other again after an event.

3. Learn how to read a tulip map

At first glance, you may think a tulip map looks like pages and pages of hieroglyphics – and you wouldn’t be far wrong. However, it is the simplest map you will ever need. Each diagram not only tells you where to go and what’s in the vicinity of a junction’s location, but also gives you the distance between instructions as well as overall distance and time.

So, if you are going to go under a narrow bridge in 1.4km followed by a left down a narrow lane, but after 500m you instead come to a roundabout, it is easy to see that you’ve gone wrong and retrace your steps to get it right.

4. Invest in a trip meter

To ensure those timings and distances are spot on, which gives the navigator peace of mind as well as assistance, invest in a good trip meter. This is a crucial piece of kit, and while some rally-car dashboards boast GPS, iPads and all sorts of fancy gadgets, the trip meter is the one that will get you to the finish line.

Each of the instructions on the tulip map is marked with a distance, so after every instruction you click the trip meter to find the next distance. It also gives you the overall total as you journey along the route. RPS offers Monit and Brantz meters to its clients, as it’s found these to be the best and most reliable units over the years.

5. Get some basic training

Learning how to read a tulip map and use a trip meter is one thing, but RPS still recommends some basic training for novice crews. This not only gives them a better insight into what to expect, but also gives them some confidence.

RPS sends its crews to rally guru Alan Smith for navigator training. He teaches not only how to get from A to B, but also how to work out timings for regularity and speed tests, in which an average speed has to be maintained over a certain distance.

As well as navigational training, RPS also give crews a workshop lesson on how to maintain the car and tackle simple repair jobs that they may face on the road. Although most rallies have mechanics or ‘sweeps’ to offer assistance, they’re not the AA – so you need to be able to tackle some jobs yourself.

What’s that saying? Proper planning prevents poor performance. This is never truer than when undertaking an endurance rally. Not only will the car be tested, but the crew will also be pushed both physically and mentally.

If you’re handy in your home workshop and have prepared your car yourself, it’s still wise to take it to an experienced rally-preparation company to give it the once-over. This will help pre-empt any issues, and could be the difference between you reaching the finish or being out at the end of day two.

The crew members need to make sure they are well rested and remain hydrated – and that doesn’t mean by staying in the bar until the wee small hours when you have a full day ahead. Don’t be tempted to eat a lot of junk food, be sensible with your diet – and when you get the chance to get out of the car and stretch your legs, do so, as you can get quite stiff sitting in one position all day.

If you’re planning on spending hours sitting anywhere, a comfortable seat is a must – so imagine being in a classic or vintage automobile, driving over bumpy terrain on an old car seat. Not nice at all!

If you afford one extravagance in the car, it needs to be a decent seat. This will not only provide comfort, but also reduce the impact on your back, neck and shoulders, not to mention your rear end. RPS likes to use big, supportive Recaro seats at about £1000 each, and if you really want to push the boat out, these can even be heated. You can never make your co-driver too comfortable or happy!

It’s very easy to take too much on a rally – especially one where you are away for weeks rather than days, and you want to be prepared for every eventuality. You need to pack the car sensibly and safely, with not too much or too little.

Take clothes that can layer up, that are easy to wash and will dry quickly so you can do a quick rinse out until you get to a laundrette on the rest day. Use space-saving items such as RPS’s jerry cans that fold up into the same size as a sheet of A4 paper.

Most basic spare parts for the car will be easy to find, and it’s easy to have items posted to you further along the route to replenish your stocks, but it’s the rare parts that you need to carry. Have a pack of ‘quick fix’ items that may come in handy such as cable ties, nuts and bolts, rope etc. They may get you out of trouble until you can get to a garage.

Do not over-engineer anything that does not need it on the car. If you break down, you need to be able to fix it as quickly as possible with the few parts you carry. Don’t overload the car with technology that will put a strain on it.

The Endurance Rally Association’s founder, the late, great Philip Young, always used to say that by keeping the car simple you could get it fixed by a blacksmith in the middle of nowhere. Some of the greatest explorers have survived the most challenging expeditions by using the ‘ruthless simplicity’ mantra. Don’t make it more complicated than it needs to be.

Before you sign up for the next Peking to Paris, go on a test run. Find an event to dip your toe in the water and see what elements appeal to you. Some crews love the travel aspect and don’t worry as much about the competitive element, so will enter rallies that offer alternatives to all the tests.

Others love the tests and challenges, and for them it is all about the silverware. Find out what suits you. Whatever type of event you are starting with, give the car a proper shakedown. Get some miles on the clock so you are already warmed up by the time you get to the starting line. Have fun!

RPS offers complete rally preparation and support to crews and cars all over the world. For more information, see its website here.