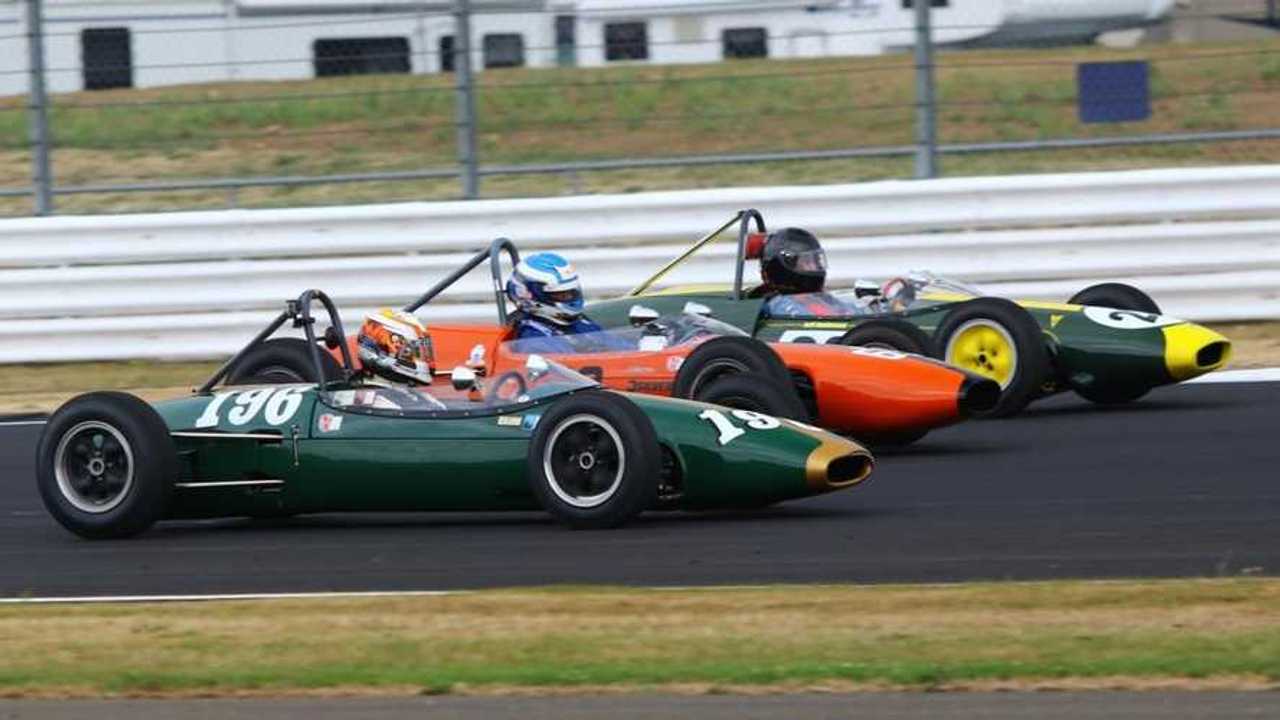 You’ll see plenty of young drivers taking part in any historic racing weekend. We spoke to three of them to find out what attracts them to that form of motorsport

Were the uninitiated asked to imagine the sort who drives in historic motorsport there may be one characteristic chief among the assumptions. That near-universally they will, a little like the cars, be of a certain vintage.

If this ever was the case though it certainly isn’t these days, as a visit to a historic event such as the recent Silverstone Classic will confirm. Plenty of young drivers take part across a variety of categories; perhaps increasingly so. We spoke to three of them to find out what attracts them in.

Their passion for motorsport history appears a given, but it goes way beyond to historic racing providing them with clear tangible benefits to their development and career – that you’ll struggle to get elsewhere.

The main one is adaptability, which historics’ requirement to step into wildly different cars, often in back-to-back sessions, really sharpens.

‘It’s the greatest skill to have,’ says Jonathan Kennard, aged 33, who partakes in various historic events including Masters Historic F1 in 2016 and '17. ‘To be able as a driver to jump into any car and be on the money, that’s a real accolade.’

Tim de Silva, aged 22, who raced in various categories at the Classic and bagged a Formula Junior second place, agrees. ‘There’s a huge value in historic racing even if you’re trying to make a career in motorsport,’ he says.

‘[It] gave me an advantage over other drivers, the ability to step between cars really easily. If you spend time on a race weekend like the Silverstone Classic when someone tells you you have to step between two modern cars on two different race weekends it’s just like “OK come on, these cars are hardly different”. So there’s a huge advantage there.

‘It’s a challenge to figure out how to get your brain to adjust quickly, and how to be able to adjust your driving style – the suspension geometry and chassis geometry changes so much [between historic cars].

‘Most modern cars drive relatively similarly,’ de Silva adds. ‘You drive it like you’re driving a video game – not to say that there’s not skill involved, there is. It’s just to become a really good race driver you have to be able to drive anything and historic adds a nice well-roundedness.’

And there are additional benefits. ‘One of the advantages of historic racing is it teaches you a lot more about the engineering of race cars,’ de Silva explains.

‘You have to start worrying about reliability; you don’t really have that issue so much with modern cars because these things hardly break. There’s a huge advantage there.’

Richard Woolmer, aged 22 and a frequent star of the Goodwood Members Meeting, Revival and other historic events, concurs. ‘We’ve had a few times where we've had a driver come into a historic car from modern motorsport and they haven't got the mechanical sympathy,’ he notes.

‘They don’t understand that the gearboxes are quite fragile and some of them may never have even heard of double declutching and that kind of thing. It’s something you only learn by doing it.’

Woolmer notes that historic racing lets you distinguish yourself in other ways too. ‘One thing that a lot of people pick up on is my car control, and that's something that historics teach because you’re so on the limit of grip and able to have a car at such angles.’

Kennard agrees. ‘I really love that side of it with no traction control, or power steering or ABS or anything like that where you really feel like you are driving the car,’ he says.

Perhaps related to this the quality of driving in historic racing also is high, certainly at the front.

Kennard again agrees. ‘At the sharp end of any of the historic grids those drivers would be at the front end of most modern racing grids. Some of the drivers in historics are absolutely phenomenal, and they are tough competitors. It’s very easy from the outside to look at historics and think that’s not the case but it certainly is.’

Woolmer goes even further. ‘In the modern motorsport scene you have to be throwing lots of money at it and you don't necessarily have any talent.’

‘We go to some really fantastic circuits,’ Kennard adds, ‘historic racing also gives you the opportunity which very few other cars do to be able to do Monaco Historic once every two years, and Le Mans Historic.’

There are auxiliary attractions for historic participants, primarily the paddocks’ friendliness.

‘Through karting me and my father used to turn up in a kind of an old motorhome with an absolutely immaculately prepared car and you’d have guys spending thousands of pounds a weekend and we’d go out and beat them,’ Woolmer recalls of his experience in modern racing.

‘The problem is when they’re spending thousands of pounds and we’re doing it on a budget they don't like that. And it’s not a particularly nice place to be; it’s not the kind of atmosphere and vibe you get in an historic paddock. And I think that’s why we do it because it’s just a nice place to be on a weekend.’

De Silva’s had similar experiences. ‘Historic racing has a great social culture and anyone who’s doing historic racing is really into cars, they’re really into the history of motorsport, and that gives you a lot to talk about from a social standpoint. In the modern racing it’s far more competitive and there’s far less of a camaraderie.’

‘If you want to enjoy your racing come and do historics,’ Kennard adds. ‘Not that you wouldn’t enjoy it in modern, but it certainly is a lot of fun, and some great characters, some fantastic people.’

But it’s not a mere lark – it’s balanced with professionalism.

‘The series I’ve been running with a lot this season is called Equipe GTS,’ Woolmer notes, ‘and they pride themselves on being very much a club race feel but they are very serious, they’ve got grids of 40 plus cars every time and you've got every essence of talent you can imagine in there.’

Kennard concurs. ‘The nicest thing about the historics is they’ve got the split right between wanting to be successful and also having a bit of fun and enjoying what you’re doing,’ he says. ‘With modern racing you can’t always say that.'

There also is the motorsport financial perennial. ‘Cost-wise historic motorsport is still one of the cheapest ways to go motor racing,’ Woolmer says.

And Kennard explains a related potential benefit. ‘You buy a modern GT car, LMP car, and you almost write off the value of the car because you know it’s going to depreciate so much,’ he says, ‘With a historic it’s almost in reverse. You can actually view buying the cars as an investment to a degree, and you hope that will cover some of the costs of running the car. That doesn’t always happen but it certainly does happen in some cases.’

But even so Kennard believes such assessments are strictly relative. ‘Running costs, they’re always going to be cheaper than modern racing, but they’re still not cheap at all,’ he warns, ‘these are still very serious cars and the budgets are still significant.’

So would they recommend historic racing to a teenager starting out? In a lot of cases the answer’s yes; Woolmer with it has some words of caution though.

‘Historic motorsport is fantastic and you will have a lot more fun doing historic motorsport than you would modern stuff,’ he says, ‘but if you are looking to be the next Lewis Hamilton or whoever then it wouldn’t be for you.’

He adds that historic racing also requires a certain mindset. ‘You can make a very good living out of being a professional historic driver but you could be the best driver in the world but it only takes one accident in a high-profile car, like a DBR1 Aston Martin at £10m plus, and that would be your historic motorsport career at a reasonable standstill. It comes down to just having that extra bit of respect for the cars.’