Classified Hero: Is this the greatest MGB V8 ever? 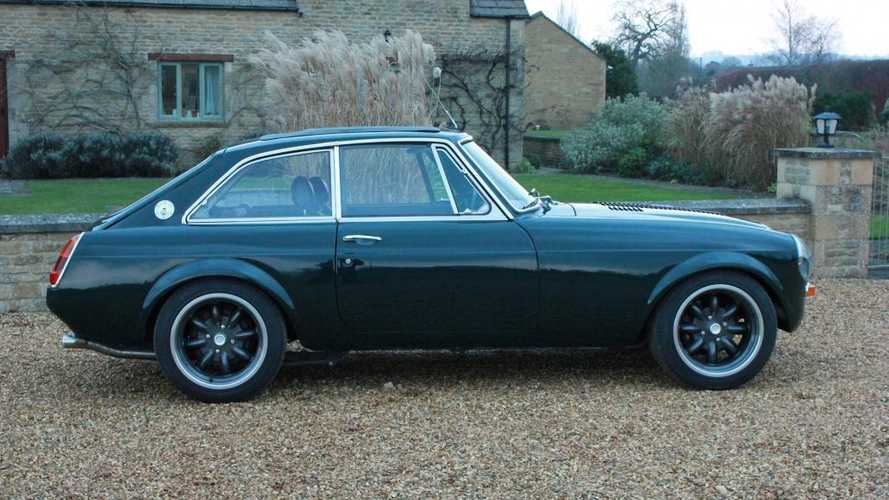 Avoided the MGB because it’s too weedy and twee? We’ve got just the vehicle to change your opinion – a 1969 MGB/TVR V8 – but beware, she's a monster...

The MGB remains entertaining yet a little gutless in standard form, British Leyland’s 1.8-litre B-series boasting performance figures usually trumped by most sit-on lawnmowers. The B’s charm is very much present, yet excitement and adrenaline are difficult to find.

Not that V8-powered examples suffer the same problem. Rather, factory standard V8s swing life’s pendulum the other way; by developing a murderous fixation on the well-being of inexperienced drivers.

Oversteer and understeer are both available in one retro package, alongside the capability to overheat within record time and devour a gallon of petrol every 11 miles. If the six-cylinder MGC garnished its reputation as ‘the widow maker’, the MGB V8 was a full-on serial killer.

The solution? When hunting down an MGB, source a V8 that’s been manhandled and tuned, ironing out Abingdon’s flaws to create the beast that MG's V8 should have been. That’s exactly what we have here.

This special MGB has had nearly £40,000 invested in it, creating a truly outstanding modified MGB V8 GT. While the original V8 has been replaced, it's still a Rover eight-cylinder under the bonnet – in TVR guise. Employing a tuned TVR 4.0-litre V8 mated to a Rover five-speed gearbox, this is no longer grandad’s Sunday runabout.

Pull up alongside an Asbo-wielding Max Power throwback at the lights, and you’ll leave their tuned eurobox behind, shrouded in tyre smoke. The set-up is good for well beyond 130mph, breaching 0-60mph in little over 6.5 seconds. For an MGB, these figures are ludicrous. Stopping power is just as impressive courtesy of Wilwood brakes.

Having covered less than 1000 miles since modification work was completed in 2012, could this be one of the fastest MGs on the market? We think so.

The body has been rebuilt and enhanced with new valances, new flared wheelarches and a smooth tailgate, which has an electric release. A full re-paint in British Racing Green was also undertaken back in 2012, alongside the installation of LED lights and MGC bonnet vents.

On the road, this B isn’t for the faint-hearted. Rather, this is a challenger to most AC Cobras and other on-track monsters. Don’t let that V8 burble fool you, our classifieds pick is capable of running rings around most performance showroom models.

Get a closer look with the AutoClassics classified advert

Gallery: Classified Hero: Is this the greatest MGB V8 ever?