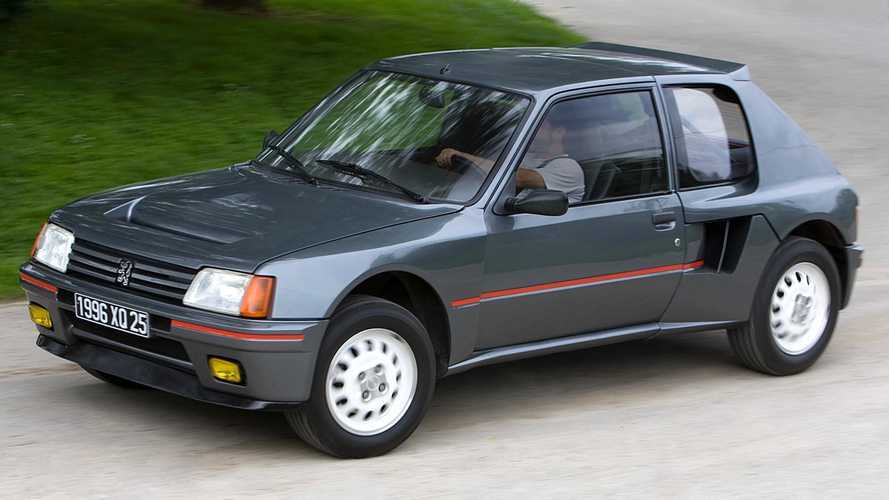 When people think of a Peugeot hot hatchback a plucky 205 GTI is usually the first thing that springs to mind. This little car put the Golf GTI back in its place and became an attainable icon of its era. Values of 205 GTIs have been steadily rising, but there’s another classic Peugeot performance hatch that is far rarer. The 205 T16 is a mythical beast indeed.

Group B is often referred to as the golden age of rallying with very few restrictions resulting in some jaw-dropping machinery. These powerful beasts would leap through the air while spitting fire and emitting a noise akin to the gates of hell opening — a fast cry from today’s WRC.

One of the few rules enforced meant that manufacturers had to produce at least 200 road-legal versions of their bespoke rally cars and sell them to the public. The road-going 205 T16 was the homologation ticket required for Peugeot to go racing.

Each of the 200 T16 road cars started life as a regular three-door 205 straight from the production line, but the lucky chassis chosen were in for a very different life from their siblings. Engineers began by decapitating the front and rear of the car to make way for tubular framework before setting to work on widening the track by a considerable margin. Wider bodywork was needed to shroud the now protruding wheels and so the swollen arches that define the T16 were fabricated.

At the car’s heart was a heavily turbocharged 1.8-litre 16-valve petrol engine capable of producing over 500bhp in rally tune. The road cars were restricted to just 197bhp but its lack of weight still resulted in a 0-62mph time of 6.6 seconds — faster than a Ferrari 308 GTB of the era.

Inside, the T16 featured gauges and switchgear from the rally car, but accompanied an upholstered dashboard and a few luxuries, such as a cassette player. A pair of heavily bolstered sports seats donned red contrasting Sabelt harnesses for the full motorsport experience. With the engine positioned centrally for ultimate weight distribution, there wasn’t any space for rear seating.

Group B rallying was disbanded on safety grounds in 1987 after a spate of horrific crashes. The 205 T16 dominated the final two years of Group B before making a successful switch to the Dakar, which it won in 1987, 1989, and 1990 with Ari Vatanen at the wheel. The famed rally ace narrowly missed out on a win at Pikes Peak in the 205 before the car was replaced by a Peugeot 405 T16 the following year.

The road car represents a tangible link back to the days of Group B motorsport and are highly sought-after by collectors. Obviously this unicorn is worth a pretty penny today, with RM Sotheby's dropping the hammer on a T16 for $156,800 at its Amelia Island sale earlier this year.