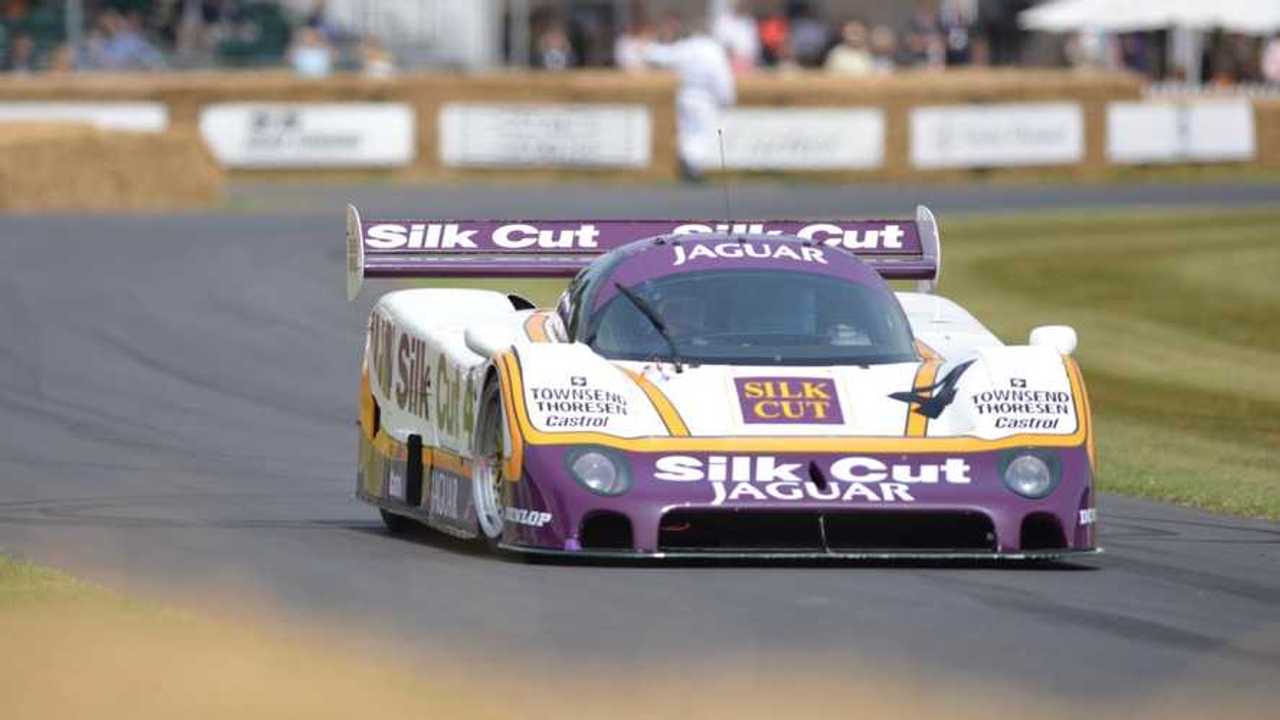 After 25 years of the Goodwood Festival of Speed, who tops the timesheet? Here are the 10 fastest cars to ever compete in the hillclimb

The Goodwood Festival of Speed brings together some of the fastest cars from multiple disciplines. Roadgoing supercars, WRC icons, Le Mans legends, prototype vehicles, and even lawnmowers battle it out for the fastest time of the weekend. But what is the fastest car to ever race up Lord March’s driveway? Here’s the top 10.

The fast-paced development for Formula 1 often results in some quirky designs that skirt the regulations in pursuit of an advantage. Think Gordon Murray’s fan car, the twin-tusked Lotus, or even the Brabham BT26 with its guillotine wing. Taking the top prize is the six-wheeled Tyrrell-Cosworth P34.

The P34 raced up the hill piloted by Martin Stretton to knock the Toyota Tacoma racing truck out of the top 10.

This highly modified Subaru Impreza not only features a huge Pikes Peak style rear wing, but also 780bhp. It won the Time Attack Pro Championship in 2014 and then proved fastest at the Festival of Speed two years in a row.

Formula 1 cars always do well at Goodwood due to their uncompromising designs — this one by the talented Adrian Newey. It wasn’t a very successful F1 car, even with the introduction of this B-specification, with the CG901 struggling to qualify and suffering many retirements. However, every dog has its day and at the hands of Gary Ward it set one of the fastest times ever recorded at Goodwood.

Sebastian Loeb is one of the world’s most talented racing drivers who has proven his skills in multiple categories of motorsport. Peugeot enlisted his services to recreate history by becoming the fastest car to climb Pikes Peak once again. The French brand conquered the event in 1988 with the 405 T16. The new Peugeot 208 T16 lived up to expectations at the American event and shortly after topped the timesheet at Goodwood.

The FW07 competed in F1 for three years in various states of tune. Its mastery of downforce generating 'ground effect' earned it 15 victories and helped the Williams team achieve two world championship titles.

Anthony Reid proved that the old girl still had it in her to clock an impressive time up the hill.

This Le Mans Group C car is a living legend with victories in the World Sports Car Championship. Its Le Mans debut didn’t quite go to plan due to mechanical issues killing off two of the three competing cars, but the remaining car did finish 5th despite gearbox issues. Renamed XJR-9 for 1988, the 7.0-litre V12 machine claimed the Le Mans win it truly deserved.

This was Justin Law’s attempt to beat his previous record in the Jag; sadly he was just a fraction slower.

It’s maybe not surprising that Justin didn’t beat his previous hillclimb record as it is still one of the most impressive displays of absolute precision and total conviction.

The Volkswagen I.D. R is another Pikes Peak record holder, but this racer is powered purely by electricity. It beat the previous Pikes Peak time set by a Peugeot 208 T16 by some 16 seconds. Today the I.D. R is the fastest electric car to have competed at Goodwood.

It was the first car to break into the 42 second mark and is currently the second fastest to ever set a time at Goodwood. Designed for hillclimb competition, the GR51 is powered by a 2.9-litre Opel-Cosworth V6 engine originally found in a DTM racer.

It’s a 'blink and you’ll miss it' run complete with sparks from where the car scuffs its low-slung belly along the Tarmac.

Formula 1 driver Nick Heidfeld remains the fastest man to record a time at Goodwood. Making the most of the championship winning machine, the German driver bolted to the finish line in an unbelievable 41.6 seconds. The run almost looks like it’s on fast forward at times with the McLaren cornering at an impressive pace.