One tank challenge: how far can you get in a Jaguar XJ? 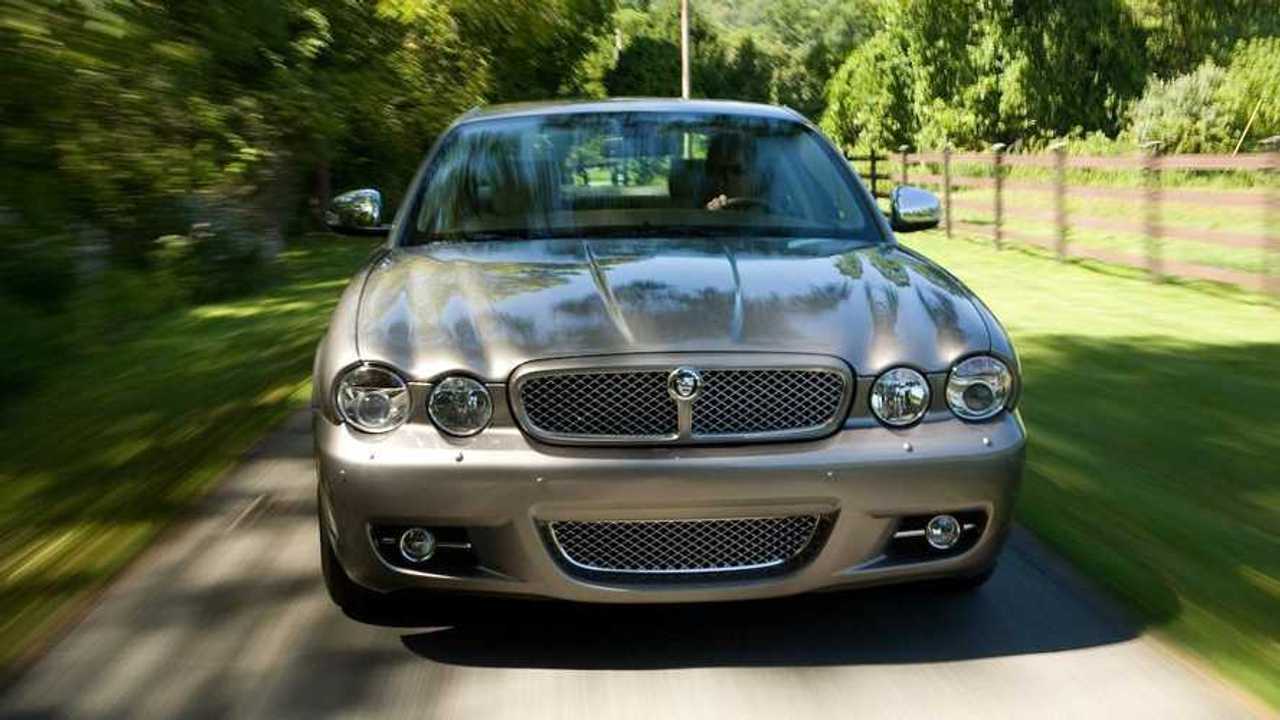 If you want the Jaguar lifestyle, should the bank account be prepared for war with a fuel-guzzling beast? Not necessarily – as a surprising trip to Belgium in a diesel XJ proved...

The X350 Jaguar XJ remains a significant turning point for the steadfast Coventry brigade. After the failure to knock out competition with Geoff Lawson's retro-inspired S-type, Jaguar desperately required something to make a comeback, and quick.

The preceding X308-generation XJ had started to win over both press and public, especially with the XJR. With its addictive jet engine-esque whine from the Eaton supercharger, after years of an outright twee and gentlemanly image, the XJ was once again a force to be reckoned with.

The X350, however, had a rather different party piece to remove the stereotype that had plagued Jaguar for the majority of the 1980s and '90s. The design was retro over classical, with some very obvious design cues from Jaguar's longest standing model range, yet under that sumptuous body lay some proper engineering.

The Audi A8 claimed fame from its radical use of aluminium in its construction, but still weighed in at over 1835kg. The Jag boffins, however, thought they could do better. Much, much better.

The X350 tipped the scales at just over 1600kg. Volkswagen Golf Mk4s weighed only just under that. What this translated to was a car the size of Blenheim Palace that drove like a GTI. This also accomplished significant improvements in fuel consumption; 4.2 XJs were reported to achieve over 40mpg on a gentle extra urban run.

Now, although a fan of all this wizardry, we’re here to tell you much more than just some nerdy figures from a car released in 2003. Today, we finished a rather silly road trip, and this was confirmed by all those who crossed our path – from staff at a festival in Belgium to Border Control at both Dover and Calais.

AutoClassics has had Calum's XJ40 (above) put through its paces, and despite the odd hiccup and some questionable ‘patina’ paint, it’s done rather well. Now, though, we have a different kind of challenge. The model we’ve got here is the XJ Sovereign TDVi – Jaguar's first dabble in the world of premium diesel.

The 2.7 V6 twin turbo was a joint venture between Ford (then custodians of the marque) and PSA. Developing 201bhp and a mighty 321lb/ft of torque, Jag had suddenly jumped into the 21st century. Fans of the leaping cat back then guffawed at the idea, but the rest of the world, who were swanning around in German tanks, were quite taken.

So, could our 12-year old XJ diesel make the 680-mile round trip from Oxfordshire to a music festival in Werchter, Belgium and back on one tank? There was also a wager in place. Calum, having used his XJ40 every day, claimed that the journey could not be completed on only one tank. Raising the stakes, he bet several pints that I couldn't do it. What better challenge for a Jag man?

Leaving at 07.30am would mean we couldn't miss the worst of rush hour on the M25. Having used some pragmatic flexing of the speed limit on our way to Dover, the fuel needle barely moved, so a good start.

The XJ really is a true motorway weapon. Quiet, sophisticated, leather and wood everywhere inside; it’s just rather nice. Driving with my friend sat beside me, I felt as if I was one of the Queen’s butlers swanning around running errands. With the twin turbos spooling at the lightest prod of the throttle, you would struggle to believe the engine has just 201bhp powering a car this big, especially as some of those horses have likely retired in the last 12 years.

Despite not being a fan of the automatics of yesteryear, the ZF unit in the Jag does a stellar job of convincing you it’s a worthy design. Switching up and down gears with the smoothness you would expect from such a car, it only trips up on rare occasions, usually at town speeds when arguing with itself whether second gear is appropriate or not.

Arriving at Dover bang on time, we enjoyed an American style inquisition at Border Control, who were utterly perplexed how a 25-year-old wearing a rather trippy and brightly coloured paisley shirt with a bandana on his head could possibly be driving a Jaaaag. Especially as my friend was even younger...

'Why are you driving a Jaguar, sir? Is this your car? Where are you going? Why are you going to Belgium? How long are you there for? What are you doing there? Once again, did you steal this car?'

After brushing off this interrogation with what felt like a scholarship for my achievements under pressure, we trundled over to Calais before caning it the rest of the way to our destination in Belgium, albeit running into several hours of traffic whilst navigating the Brussels circular.

When we arrived it dawned on me that I had paid zero attention to the fact that no refueling was allowed. With the needle now reading just below half I felt okay, shrugging off this minor inconvenience by agreeing that I would ‘take it easy on my way back’.

After five days of debauchery at the festival, along with witnessing Danny O’Donoghue of The Script necking a pint of lager next to us at his headliner set, we forced ourselves back in the car with all our gear. Quite desperate for a decent shower before even considering the truly fantastic lack of sleep, my plans for slow and steady were thrown out of the window.

After all, no one would know if I made up the statistics for this article, right? Wrong. Calum was following my every move on social media. He even phoned for a quick progress report – while he waited for his XJ40 to cool, stranded in a layby back in Blighty.

Having got to Dover in a time James Hunt would be proud of, the needle gave some vague cause for concern, reading just below one eighth of a tank. With roughly 130 miles to go, we needed some good luck with traffic. Well, that was a moronic hope having landed at 3pm in Dover. The M25 was waiting with open arms and closed lanes.

Having crawled our way to the M40 with some featherlight tickling of the throttle, I believed we might just make it. The needle was now decisively telling me that there really wasn’t anything left. In most cars I have driven there is undoubtedly a difference between the needle reading empty and the needle beresidinging off the end of the scale. Sadly we fell into the latter category – I really didn't need any blood pressure boosts after five days of the music industry’s finest but this was getting stressful.

Approaching Oxford with the range telling me we were running on air, I was waiting for a warning cough from the engine. Unbelievably, the cough never came, and we made the finish line without any drama.

This translated into 38.8mpg average over 709 miles with two litres left in the tank. Quite the success story then, especially when you consider that I'd not considered softening the right foot, and we'd suffered an abundance of traffic.

On a true ‘economy run’ with open roads, it would not surprise us if a figure closer to 50mpg was attainable. A well-deserved round of applause for a Jag that cost the same as a five-year-old Fiat 500, here-here!

Now to try an extract some pints of ale from Calum...