LAT Archive: Le Mans, the most prestigious race in the world 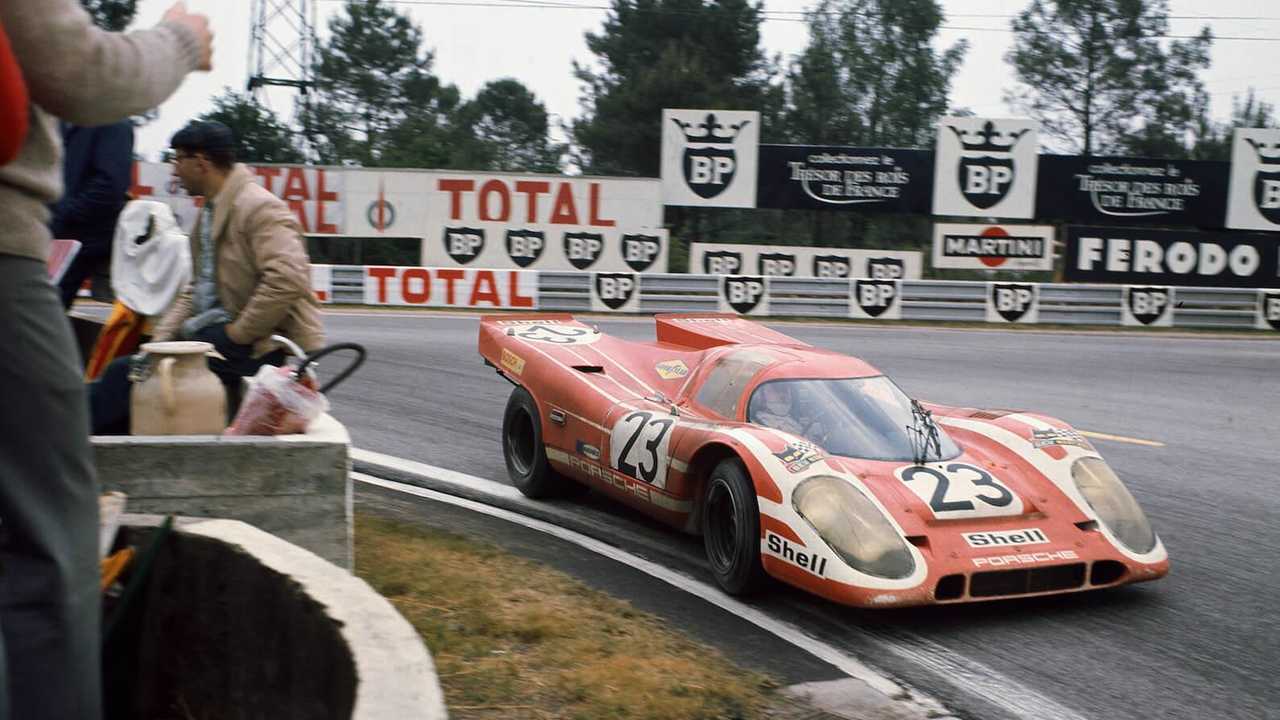 Can Fernando Alonso move a step closer to achieving his goal of winning motorsport’s triple crown? In the dominant Toyota TS050 HYBRID, the double Formula 1 world champion stands a genuine chance of taking victory at Le Mans on his first attempt this weekend.

Alongside the Monaco Grand Prix and the Indianapolis 500, Le Mans is one of the three most significant wins in racing. But as a 24-hour enduro where speeds are in excess of 230mph on a public roads circuit, and with such an illustrious history, victory in France is arguably the most high-profile and special even of the select three.

Thanks to the LAT Archive, AutoClassics looks back at some of the most famous cars, drivers and wins at the Circuit de la Sarthe.

When reflecting on the 1955 Le Mans, it pales into insignificance that it was the first triumph for Jaguar’s D-type, or that it was eventual F1 world champion Mike Hawthorn shared the winning 3.4-litre car with Ivor Bueb. Nor does it matter that Ferrari, Maserati, Mercedes and Aston Martin were also among the list of manufacturers duelling it out. Instead, it’s the airborne collision that claimed more than 80 lives and injured a further 120 that matters most. Motorsport faced a genuine threat of being banned altogether as a result of a hideously unfortunate chain of events that meant Pierre Levegh’s Mercedes 300 SLR was launched over 80 metres at 150mph.

This one was a watershed. In its third year of trying, Ford conquered Le Mans and conquered Ferrari, who had won the previous six Le Mans. It was Ford’s first Le Mans win; the first win for the famous and beautiful seven-litre GT40 which headed up a 1-2-3. The only sour note was at the end when the two leading Fords tried to arrange a dead heat on the line as close as possible to the 24-hour mark. The timekeepers said no and awarded the win to Bruce McLaren and Chris Amon on the grounds that they started further back on the grid and therefore had covered more distance. Whatever, Ford pulverised the opposition and it was personal too – Henry Ford II wanted revenge after a 1962 deal for Ford to buy Ferrari fell through at the 11th hour. Ford truly got its own back as it was about to embark on a crushing run of its own, winning every Le Mans race for the rest of the decade. Ferrari never again won Le Mans outright.

Porsche gets off the mark

The first of 19. Now the most successful manufacturer in Le Mans history, it wasn't until 1970 that Porsche joined the elite winners circle with the infamous 917. A car that eventually wound up in 1500bhp trim while competing in the unlimited Cam-Am series, Hans Hermann and Richard Attwood took the spoils. With Porsche in imperious form in the build up to Le Mans, Ferrari sent 11 of its 512S to take on the nine-strong fleet of 917Ks. After Jacky Ickx’s famous 1969 protest walk, ’70 was the first Le Mans to abandon the traditional running starts. Early heat led to heavy rain and attrition claimed much of the competition. Despite the diminished field, the 1970 race still made a superb backdrop for Steve McQueen’s passion project-movie cross Le Mans.

A work 962 dominates for the final time

Twenty laps, that was the Rothmans-liveried Porsche 962C of Derek Bell, Al Holbert and Hans-Joachim Stuck’s crushing winning margin. As other similar cars suffered piston failure due to the wrong microchip fitted for fuel management, Bell, Holbert and Stuck survived a like fate thanks to a new and correct chip. Victory in 1987 rounded off the last of six back-to-back wins for Norbert Singer’s 956/962 masterpiece – although an odd quirk in the regulations in 1994 allowed a barely road-converted 962 to win again thanks to privateer Dauer – with Bell collecting his fifth and final win. It was also the first use of the revised circuit layout that featured the addition of the Dunlop Chicane, designed to slow cars down.

In more than one sense the victorious Mazda in 1991 stands alone. It became the first, and so far only, Japanese manufacturer to win Le Mans. It faced down a host of famous rivals – Mercedes, Jaguar, Peugeot and Porsche. And did it by abandoning the usual piston engine with a distinctive-sounding rotary unit providing the 787B's horses. Three Jaguars were next home in a 2-3-4 but did not have the Mazda's pace; it decided not to race the striking new XJR-14 and Mazda also was aided by a weight concession over most of its rivals. The Peugeots retired early. Then Mercedes with its all-conquering C11 led in line astern on Saturday evening but they all hit problems. Two dropped out and its junior line-up – including a certain Michael Schumacher – finished a delayed fifth. The Mazda, by contrast, ran like a train – indeed of three that entered all finished, all in the top eight. Yet we never were to see its like again as rotaries were promptly banned.

This is a win that very much stands apart. Reflecting as much, the winning car never was intended as a racer in the first place. Star designer Gordon Murray at McLaren broke from F1 to build the ultimate road car. And he had to be cajoled into letting it compete on track. The F1 had success in BPR Global GT Series against the likes of the Ferrari F40 and Porsche 911 Turbo which were converted to race specification to provide the competition. An aerodynamic body kit was added to the F1 plus carbon brakes and strengthened suspension. Even so, at Le Mans it was essentially a road car competing against purpose-built prototypes, good it was thought only for GT class honours. Yet McLaren with its bulletproof reliability took four in the first five finishing places overall, and became the first manufacturer to win Le Mans in its first attempt. Murray only regrets that he didn’t drive the car from Surrey to the Le Mans track before winning there with it.

While a proposed set of regulations for the World Endurance Championship could lead to the likes of the Aston Martin Valkyrie being transformed into top flight sportscars sometime in the future, 1998 was the last time the winning cars would resemble their road going counterpart. The likes of Porsche’s 911 GT1 and Mercedes’ CLK LM were born out of homologation requirements and so a very limited few road cars had to be built. The outbreak of GT1 regulations followed the immensely successful BPR Global GT Series and it was Porsche who eventually ruled the roost with its 3.2-litre turbocharged flat-six contender. Allan McNish brought home his first of an eventual three Le Mans wins in 1998 while sharing with Laurent Aiello and Stephane Ortelli. Largely down to the 911 GT1’s superior reliability and its drivers avoiding Mercedes-claiming crashes, Porsche won before withdrawing from the top tier as to pave the way for its sister brand Audi to enter and dominate.

With nine overall wins including a run of six consecutive victories from 2000 to 2005, Tom Kristensen is the most successful driver ever to have graced the Circuit de la Sarthe. While his first win came with Porsche and in ’03 he chalked up another with Bentley, it’s Kristensen’s domineering time at Audi that stands proud. In 2013 he took what was to be his last Le Mans triumph in the diesel-fuelled R18 e-tron quattro. Fittingly, 2013 was the 90th anniversary of the first Le Mans and, although the race was painfully marred by the fatal crash of Allan Simonsen, Audi clocked up its 12th victory in 14 years with Allan McNish and Loic Duval joining Kristensen on the top step of the podium. In 2014, now alongside Lucas di Grassi and Marc Gene, Kristensen entered his final Le Mans and finished second, hampered by turbocharger issues.