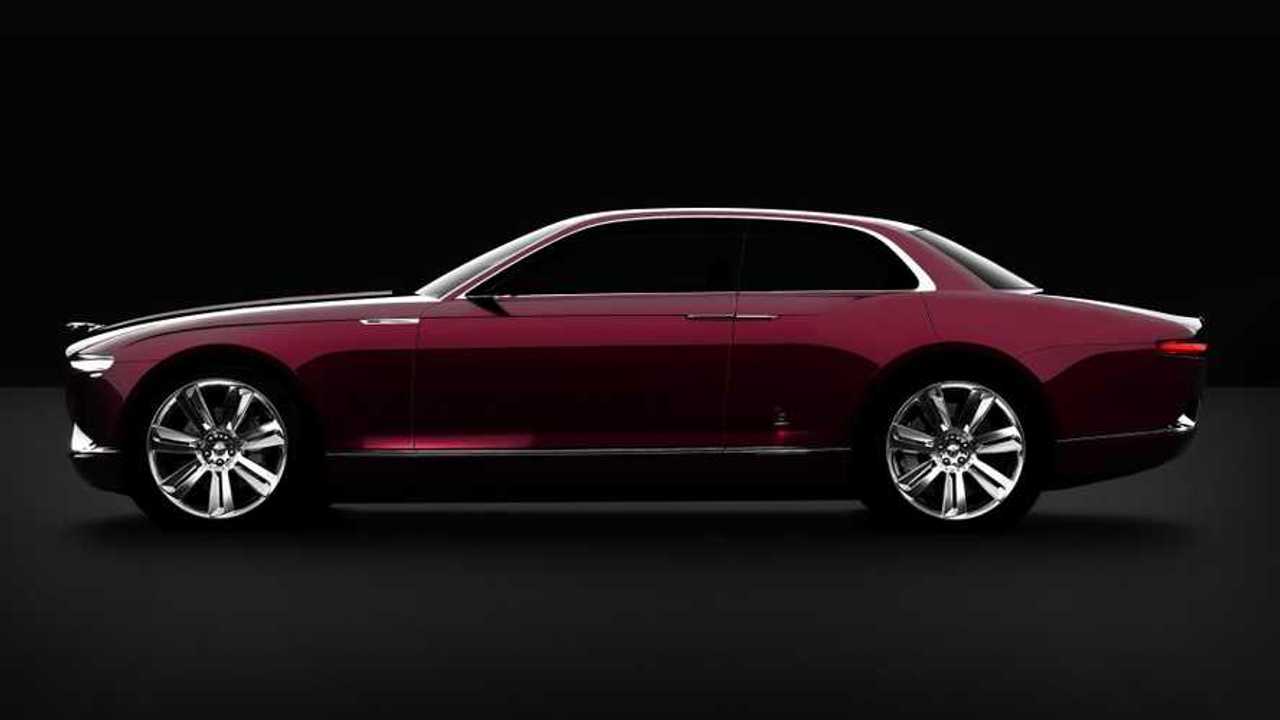 A Michelotti-bodied Jaguar barn find recently made monster money. We look at 10 other Jaguars with a Latin twist

Bertone was commissioned by the Jaguar’s Italian concessionaire Ferruchio Tarchini to build a four-seater GT based on the 3.8-litre S-type in time for the 1966 Geneva Motor Show. Chief designer Marcello Gandini was tasked with creating an all-new outline, the idea being to produce a car for the Italian market only. Tarchini would be the sole distributor for this coachbuilt strain, which was to be dubbed ‘FT’ in his honour.

It wasn’t warmly received following its unveiling but, nevertheless, Tarchini commissioned a second car, this time based on a 420 platform. Despite the FT being intended for the Italian market, this second – and last – example was delivered new to a wealthy Spanish businessman.

This striking device was conceived by The Daily Telegraph Magazine’s editor John Anstey, the scheme being to build the ultimate GT. It was only ever going to be a show queen, however.

Jaguar talisman Sir William Lyons was responsive when tapped, and supplied a 4.2-litre E-type 2+2 chassis. Nuccio Bertone then agreed to complete the coachwork in time for the Pirana’s debut at the October 1967 British International Motor Show.

Bodied in steel save for the aluminium bonnet, the resultant creation wasn’t exactly pretty, but it was undeniably dramatic. The car was transported to Earls Court in time for its big reveal, and was a magazine cover story the world over.

AutoClassics fact: Triplex supplied specially treated Sundym glass in an effort to stop the sun from slow-baking the car’s occupants.

Of the many 1970s show cars, few captivated quite like this exquisite XJ-S-based creation. Pininfarina was already under contract to give the XJ6/12 a midlife facelift, but this car was strictly a standalone gig with no official factory involvement. Jaguar did, however, contribute an XJ-S test hack as a donor car.

By the time the Turinese artisans were finished, all that remained was the bare floorpan, the new body being shaped in metal and aluminium under the direction of Lorenzo Ramaciotti. First seen publicly at the 1978 British Motor Show, it caused a furore, but sadly – tragically even – it remained unique.

Scroll back to 2011, and Bertone had been in a parlous state for much of the previous decade. Mired in debt, and with family squabbles being aired in public, its decline was hard to watch – but the arrival of the B99 concept at the 2011 Geneva Motor Show proved that this hardy legend still had the ability to surprise.

While Jaguar was keen to distance itself from anything remotely retro, here was a styling masterclass that appeared classic without being clichéd. It was also touted as a hybrid, with both a combustion engine and electric motors. It was displayed next to a mock-up of a racing version with the mother of all rear spoilers. Sadly, the scheme came to naught and Bertone soon tanked.

AutoClassics fact: It may have been Italian, but the B99 was styled by Birmingham-born artiste Adrian Griffiths.

Marcello Gandini was at the height of his ‘folding-paper’ powers when he styled this brutally angular coupé. Based on a shortened XJ-S platform, complete with 5.3-litre V12 and auto ’box, it was created at a time when Bertone was pitching to shape mainstream production cars for Jaguar.

What the creative types in Browns Lane made of the Ascot remains unrecorded, but this most serrated of big cats was nothing if not noticeable. Sharing styling cues with another Gandini creation, the Ferrari-based Rainbow, and bodied in aluminium, it was unveiled at the 1977 Turin Motor Show where it was met with muted praise. The Ascot remained unique.

AutoClassics fact: The prototype was originally white, but was later repainted in a striking golden hue.

Ghia’s take on the XK140 was rooted in a one-off Alfa Romeo 1900 dubbed ‘Supersonic’. This car was commissioned by a Swiss racer who wanted to compete on the 1953 Mille Miglia. However, the same basic shape with its mix of aerodynamic theory and concept-car excess was transposed onto a Fiat ‘Otto Vu’ chassis in time for the 1953 Paris Motor Show.

In addition to the Fiat Supersonic, Ghia followed through and built three Jaguar XK140-based cars in 1954, finished in red, white and blue. That should have been the end of the story, except Ghia completed a final variation on the theme two years later based on an Aston Martin DB2/2 Mk2 chassis.

AutoClassics fact: One Supersonic body was later transposed onto an AC Cobra chassis.

Styling colossus Giorgetto Giugiaro unleashed this distinctive saloon in 1990, and several physical cues were subsequently transposed onto several production cars; just not those wearing Jaguar badges. The ItalDesign co-founder attempted to move the marque’s design language forward, the most controversial part of the Kensington being the high-sited rear three-quarter treatment.

Several designers will freely admit to having been inspired by this one-off, but Jaguar – which didn’t sanction the build – was unimpressed. Never one to let anything go to waste, Giugiaro subsequently reworked the outline for several ItalDesign-shaped cars wearing Lexus nameplates among others.

AutoClassics fact: The XJ12-based Kensington was a fully functional prototype, and remains in the ItalDesign museum.

A degree of confusion surrounds this handsome machine penned by prolific pen for hire Giovanni Michelotti. Basis for the car was an ex-Equipe Los Amigos D-type sports-racer that finished third in the 1957 Le Mans 24 Hours. The car crashed in the endurance classic a year later, claiming the life of driver Jean-Marie Brussin.

The car was later robbed of much of its running gear during the build of a ‘replica’ D-type, with E-type parts being substituted. Painted red, it belonged to British collector Bill Lake for many years, and its original pale blue hue was recently reinstated.

Carrozzeria Bertone’s Franco Scaglione was one of the great free thinkers of automotive styling lore; part sculptor, aerodynamicist and boundary-pushing visionary, his take on the XK150 was, nonetheless, rather tame looking by his outré standards. There was no reaching for the stars here.

Nonetheless, it was well received when displayed at the 1957 Turin Motor Show. So much so, it led to two more cars being completed, purportedly to hotter XK150S spec. One was UK registered, but the identity of who commissioned it remains unrecorded. Of the trio, the sole remaining car currently resides in The Netherlands.

Pietro Frua’s resume included several landmark classics and just as many memorable show cars. This wasn’t one of them. This unfortunate reworking of an E-type was completed at the behest of well known dealer and race entrant John Coombs. He envisaged selling specially tailored Jaguars to discerning clientele, the prototype being displayed at the 1966 British International Motor Show at Earls Court.

Some 25cm was removed from the nose, while the power bulge was replaced with an air scoop. A new grille was also substituted. The rear end was similarly truncated and a new design of bumper installed. There were no takers, and accordingly the car remained unique.