Why there was so much more to Jim Clark than statistics 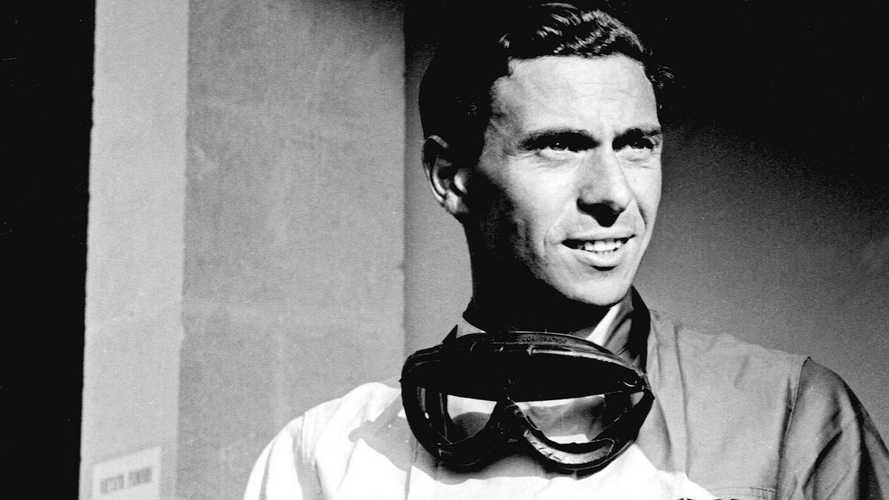 Success alone doesn't come close to telling the full story of Jim Clark's enduring appeal. Those that knew him best reflect on what made the champion so well liked

‘My admiration/hero worship for him is partly because of what he achieved’ says long-time Jim Clark aficionado Dario Franchitti when introducing David Tremayne’s recent book Jim Clark: The Best of the Best which marks 50 years since the great man’s death. ‘But the way in which he achieved it has always been equally important for me, too.’

‘The more the sport “progresses” the more his example continues to shine,’ adds Tremayne in the same publication. ‘To many he remains the greatest racing driver of all time, not just because of his strike rate of 25 Grand Prix victories in only 72 attempts, nor even his Indianapolis 500 success, but because he remained an unspoiled gentleman throughout, the genuine sporting hero, gracious in both victory and defeat, blessed with an endearing humility despite his greatness.’

And visiting the Scottish Borders where Clark grew up and lived for much of his life – the genteel, quiet and picturesque countryside and towns of Duns and Chirnside – leaves a lasting impression. It seems a world away from his global fame and his command of the raucous and glamourous world of motor racing. Yet it provided the basis of Clark’s way of doing things.

‘Jimmy’s real achievements were based as much on his natural character, what developed here, in this area with his family and his friends. Then he went on to become world champion,’ he says.

That natural character was something special. ‘Generally people who are champions are sportspeople in the true sense of the word,’ Chapman continues. ‘They have a sense of what’s right and wrong, and they respect their fellow competitors, and they show humility when it’s appropriate. It’s not necessarily something you can learn actually. Certainly he can be an inspiration.’

Long-serving Team Lotus mechanic Bob Dance concurs. ‘It was a great time to be in racing, you didn’t realise how fortunate we were to be in that position,’ he says, ‘Jimmy was a highly respected person and a straightforward person to work with.

‘Jimmy worked so well with Chapman and the rest of the team; you knew if the car was bolted together properly then you were always in with a chance of winning.’

But for those that knew Clark closely, his ability to turn up and win wasn’t reflected with an air of arrogance. His personality was a world away from this lavish success.

‘He didn’t like fuss and bother,’ says Clark’s cousin Doug Niven. ‘He was a modest man who’d rather just keep out the limelight, do his job which was racing cars and being a farmer, his day job.

‘People wouldn’t let him, he had to come out and do what he had to do, but it wasn’t his way of doing things.’

Ian Scott-Watson, Clark’s childhood friend who is considered vital in nurturing his early talent, agrees. ‘I think he would have been highly embarrassed!,’ he says of modern-day tributes to Clark. ‘He didn’t like a lot of fuss being made about anything. He was too modest.

The oft-repeated image of a simple farmer who didn’t understand his great talent is simplistic, particularly for Clark’s later years. But Scott-Watson confirms that in the early days Clark took time to understand the depth of his own ability.

‘I always tell people, I spent the first two, three years with Jimmy getting him cars to race. I couldn’t get him to understand how good he was! He really didn’t realise it himself,’ Scott-Watson says.

‘Until Ecurie Ecosse asked him to co-drive with Masten Gregory in the 1959 Tourist Trophy and Jimmy did the first stint and got the car up into fourth place. Masten jumped in to take the second bit and he was dropping back, and Jimmy and I were sitting in the paddock and he said to me “why is everyone going so slowly?”. I said “it’s not people going so slowly it’s you that goes so quickly!”

‘And I think as he heard the commentary going on, and Masten was his number one hero at the time, he suddenly began to think “maybe I am a bit quicker than I realised I am”. I was so glad about that because that definitely got him to believe in himself.’

Dance adds, ‘He wasn’t sure why he was that much quicker than other people! Drivers would talk to him and ask how you can go so much quicker through Paddock or wherever it might be, or La Source hairpin…

‘He was able to go out and lap a circuit and build up his speed and get a time he was happy with in quite a short distance, so 10 laps, he’d sorted out where he was and say that’s as quick as I can go, make any alterations that would improve it, that’s fine. But he didn’t go round and round and round, he knew his limits.’

Another distinguishing aspect to Clark was his ability to put the widest variety of cars under his spell – much more so than Fernando Alonso cameoing in the Indianapolis 500 or adding the World Endurance Championship to his schedule.

‘When people say who was the greatest driver I always say Jimmy was the greatest all rounder because he drove in all sorts of cars and classes,’ Scott-Watson continues. ‘It was amazing when you think about Jimmy doing a grand prix and maybe support races at the same time. Sportscars and touring cars and Formula 2 and Formula Junior in the early days.’

Appropriately, given its importance to his racing approach, Clark never detached himself entirely from his Borders roots and farming. In fact, his grave at Chirnside Parish Church describes him as a farmer first before listing his motor racing success.

‘Unless you asked him about something about cars when he came home he would be more interested in what was happening with the cattle and sheep and how the harvest was doing,’ notes Niven, ‘Unless you prodded him [about his racing] and said “tell me more about that”, he didn’t want to talk about it.’

The Borders reciprocated Clark’s attachment. ‘He had a lot of support from the Borders and he was well loved and thought of,’ Niven adds.

‘The Borders always are tremendously supportive of what Jim did and the legacy he left behind. And that legacy just grows and grows.

‘I’m told there are about 26 drivers rallying and racing that had a claim naturally in the Borders so that’s a legacy that came from Jim. Around the world people still write every day and send messages.

Dance adds, ‘Jimmy is remembered today by people who weren’t even born in his era. They’ll come up when we’re running in historic events and they’ll probably say “did you work with Jim Clark?”’