Classic Cars on Film: Range Rover vs Jaguar in Callan 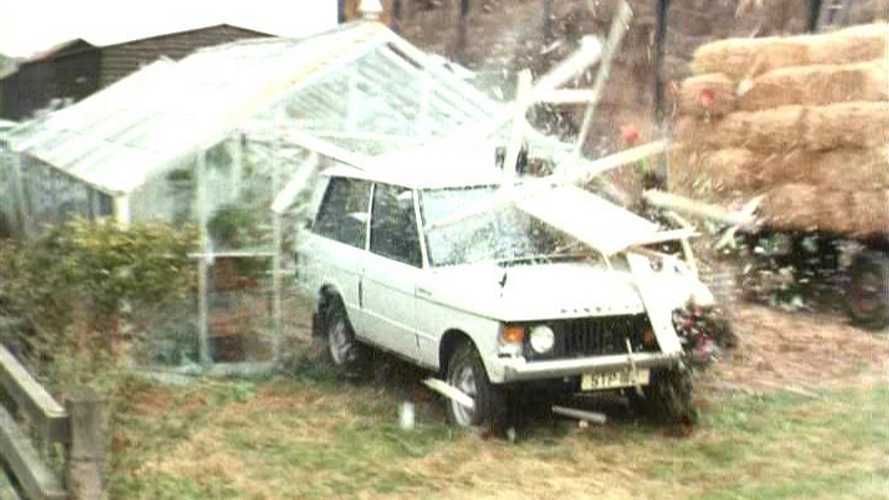 Looking for one of the greatest, yet largely unknown, car chases to come out of 1970s British cinema? Here’s the tense battle from 1974 spy film Callan

A white Range Rover is pursuing a black Jaguar S-type through the Home Counties. For those of us too young to have watched the 1967-1972 ABC/Thames spy series Callan, our first encounter with the conscience-stricken government hitman was in re-screenings of the 1974 film version.

Late night television in the 1980s often brought forth such gems, and you might start to watch out of mild curiosity for the vehicle; the opening credits have Edward Woodward jumping aboard an AEC Regent bus displaying a Mann Egerton advertisement for the Austin Allegro plus a scrapyard containing an orange Ford 100E Prefect.

After half an hour, you are hooked, and that is before Mr W is urging the Jaguar’s driver to ‘turn left Schneider old son, turn left!’.

From a 2018 perspective, it seems faintly bizarre that people would pay money to watch a cinematic interpretation of a popular, and often still-running, television show but between 1969 to 1980, it was a common phenomenon.

Such films were cheap to make, had a ready audience and, as mass-ownership of home video recorders would not really occur in the UK until the late 1980s, it was a chance to see your favourites again without waiting for a repeat.

There was the further bonus of being able to view well-known TV stars in the full spectrum; the black and white episodes of Callan had ceased in 1969, but comparatively few Britons owned a colour TV set until as recently as 1977.

During the 1970s British cinema tended to adapt sit-coms (Mutiny on the Buses…the horror…the horror…) but there was also a small number of big screen versions of dramas – Doomwatch, the two Sweeney films and, arguably best of all, Callan.

The last-named was based on the Armchair Theatre pilot A Magnum for Schneider and was inevitably a studio-bound piece, given the constraints of the medium at that time, but seven years later, the director Don Sharp uses the meagre budget to maximum effect.

There are countless shots of a litter-strewn capital city full of grey-faced extras with Rover P6B Area Cars patrolling a bedsit land where you can almost smell the boiled cabbage.

For classic enthusiasts, the main appeal of Callan is the set-piece car chase between our hero and Carl Möhner’s arms dealer Schneider.

In the later episodes of the TV series, David Callan used either a Ford Cortina MkII or was chauffered by Lonely’s Austin FX4 taxi, but for the big screen, he used a very early white Range Rover fitted with black glass – and it's menacing as hell.

As the stunt driving was arranged by the dark-haired and moustachioed Joe Wadham who bore no resemblance to the leading man, this aftermarket modification ensured a minimum of continuity issues.

As for the latter, you may have expected the 'bad guy' to favour a Rolls-Royce Silver Shadow but a battered Jaguar S-type bearing a blatantly false 'G' registration suffix? Well – it was on a budget, after all.

For those who have not yet seen the film, we will not spoil the ending (although, if you want to, the video is below...) and merely observe that:

The Range Rover went on to appear as a police car in Brannigan, and in the iconic horror feature The Omen while the Jaguar apparently enjoyed a new career in, and reputedly as, kitchenware.

The film of Callan is one that did not do a disservice to the television series, never underplays how unglamourous violence is, and is packed with fascinating incidental details, from the Morris Minor 1000 Panda Car to pub interiors of a fascinating grimness.

The film is also a deconstruction of how a low-budget picture shot with verve will almost always surpass a multi-million-dollar epic that is an essentially an inflated B-film with acting on a par with Stingray.

In an interview with Cinema Retro, Don Sharp remarked that ‘You can’t do action sequences as an entity in themselves. They’ve got to be part of the way a whole movie is developing. You’ve got to have, apart from energy, a very good sense of editing, what a camera can do.’

And remember, in what could be the best railway safety video of all time, never try to defeat a set of manually operated level crossing gates, even in an S-type…

Although once difficult to track down, you can purchase Callan on DVD here.