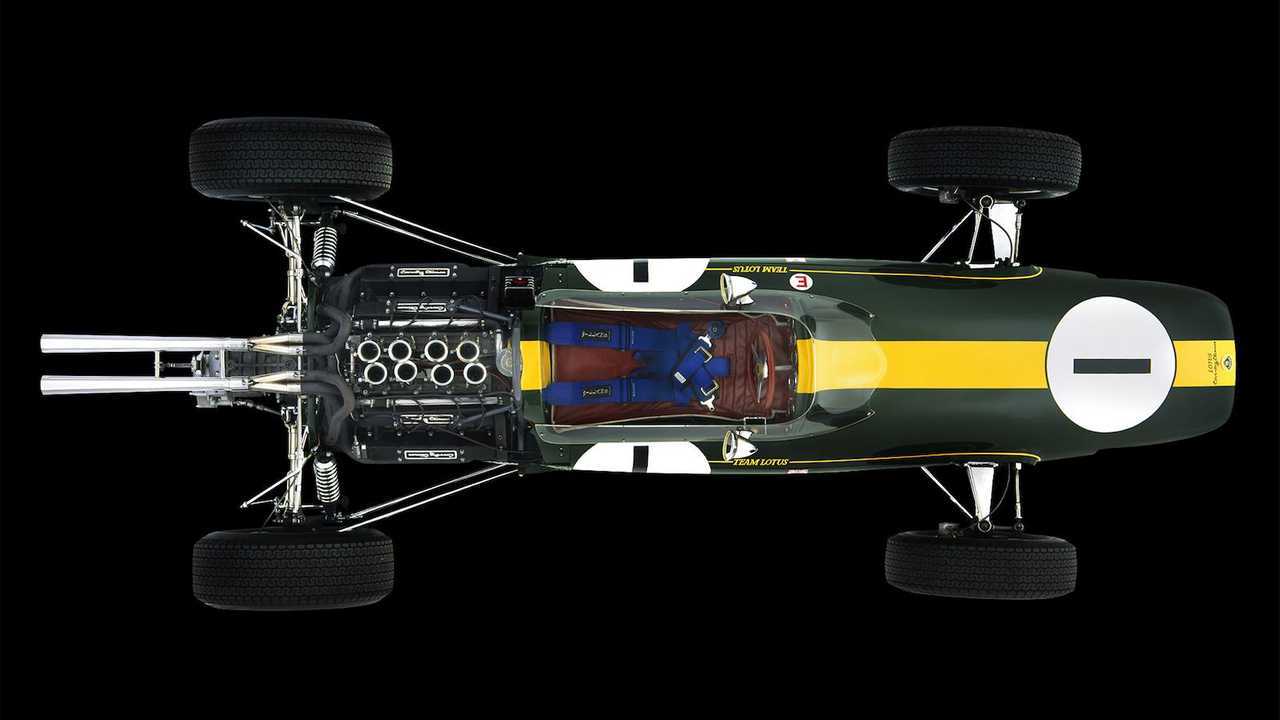 Did any car ever so typify the spirit of its age? In 1962, the Lotus 25 did for F1 what the Beatles did for music

For those lucky enough to be there, the Beatles were never fresher nor more explosive than in their first bloom. Love Me Do charted only as high as number 17 late in 1962, but for anyone paying attention the revolution was patently here, and it was turning fast.

Some months earlier in that seismic year, an equally ground-shaking force had quaked through F1. Thanks to the British Racing Green cigar-shaped tube with vivid yellow stripe you see here, and Jim Clark, the sublime young Scot who lay almost flat within it, nothing in the motor racing world would ever be the same again.

The Fab Four were no overnight sensation, of course. They’d paid their dues before the Big Bang. Likewise, Team Lotus and live-wire founder Colin Chapman had endured more than a fair share of setbacks during their own slog for success.

Landmarks had been and gone without title success: the ‘mini-Vanwall’ Lotus 16, with shoe-shaped body from the pen of Frank Costin; the boxy 18, as Chapman took Cooper’s cue and plumped for mid-engined push rather than front-engined pull; the 18/21 that adopted the decade-defining low-drag body shape; and the Type 24 that honed the pleasing silhouette for the benefit of customer teams.

But Chapman had saved his own Big Bang solely for himself – and he wouldn’t be sharing it.

Lotus customers seethed at Zandvoort in May ’62 when the factory revealed their secret weapon. The Type 25 looked like their 24s and shared the same mechanicals, justifying (at least to the letter) Chapman’s vow for factory/customer parity. But the reality was ‘Chunky’ had pulled a fast one. And then some.

In the Dutch GP paddock that day, under swept glassfibre bodywork, sat the first fully realised monocoque chassis in a single-seater racing car. In place of the 24’s traditional steel tube frame was an aluminium riveted tub created from a pair of D-shaped pontoons joined fore and aft by bulkheads and a stressed floor, with subframes housing front and rear suspension.

This thing was not only lower and much lighter, it was around three times as stiff in torsional rigidity than the customer 24. On Dunlop’s increasingly grippy tyres, the potential of the 25 must have been aggravatingly obvious.

Now, monocoques were hardly new. Aeronautical engineers such as Costin had built planes around them for 50 years, while Jaguar’s Le Mans-winning D-type was underpinned by a full monocoque.

But only after Chapman’s napkin sketches while dining with Costin, and a wonderfully inspired trial-and-error build process from those basic drawings, did Team Lotus’s mechanics realise just what the Old Man had hit upon, for the first time in an F1 context.

The genius was in the packaging. The problem of where to place fuel around the driver had dogged Chapman in his previous F1 attempts, but now he had a Eureka solution. Instead of tanks above the driver’s legs, fuel would be carried in rubber bags posited within the aluminium pontoons, with an extra tank behind his back.

Then there was the new, powerful V8 engine from British builders Coventry Climax (previously known for fire pumps and forklift truck motors), which would sit within the monocoque as a part-stressed member, adding to the impressive rigidity.

At the dawn of the new era of 1.5-litre engines in 1961, Ferrari’s 156 ‘Sharknose’ had left teeth-marks in the British opposition. Now, a little more than half a year later, the wounds would become a faded scar thanks to Chapman’s 25.

Still, Clark’s explosion wouldn’t be instantaneous. After clutch problems ruined the Dutch debut, he’d win three times in ’62 at Spa, Aintree and Watkins Glen, only for a seized engine to thwart his title bid in South Africa, to Graham Hill and BRM’s benefit.

But in the year that would follow nothing could stop Clark’s velvet force. Seven of the ten championship rounds would fall to the quiet farmer and his Type 25 R4 – four of them consecutively and on the same set of Dunlops! With further victories in the numerous non-championship races, the Clark era was in full flow.

The return of designer Len Terry is credited for the 25’s improved reliability in ’63, as Team Lotus took inspiration from their creation to begin plotting their parallel campaign to conquer the Indy 500. A new Coventry Climax V8 would lead to low-slung exhausts replacing the straight pipes of the original, and suspension development brought ever greater gains from the improving Dunlops. Clark made hay.

In ’64 the evolutionary Type 33 pressed home Lotus’s advantage, although the 25 raced on. Clark claimed its final World Championship victory at Clermont-Ferrand during his annus mirabilis of ’65.

Sandwiched between his two title years, Ferrari hit back thanks to the brilliance of John Surtees. The former motorcyclist surely deserved to win in ’64, although it admittedly only fell into his lap after another Clark engine failure – déjà vu of ’62. Without those failures, not of his making, Clark would have won four consecutive titles.

In those early months of ’63, on the radio, on grainy TV sets and in theatres up and down the land, the Beatles sent Britain’s youth into hysteria and simultaneously charmed the cognoscenti, as Please Please Me shot to the top of the charts to open a torrent of music that would change the world.

Culture, society, sport… the pace of change was breathless. As the Sixties began to swing, Jimmy Clark and his pretty British Racing Green Lotus with the vivid yellow stripe represented everything that was fresh and inspiring. What a time to be alive. It seemed like those days would never end.