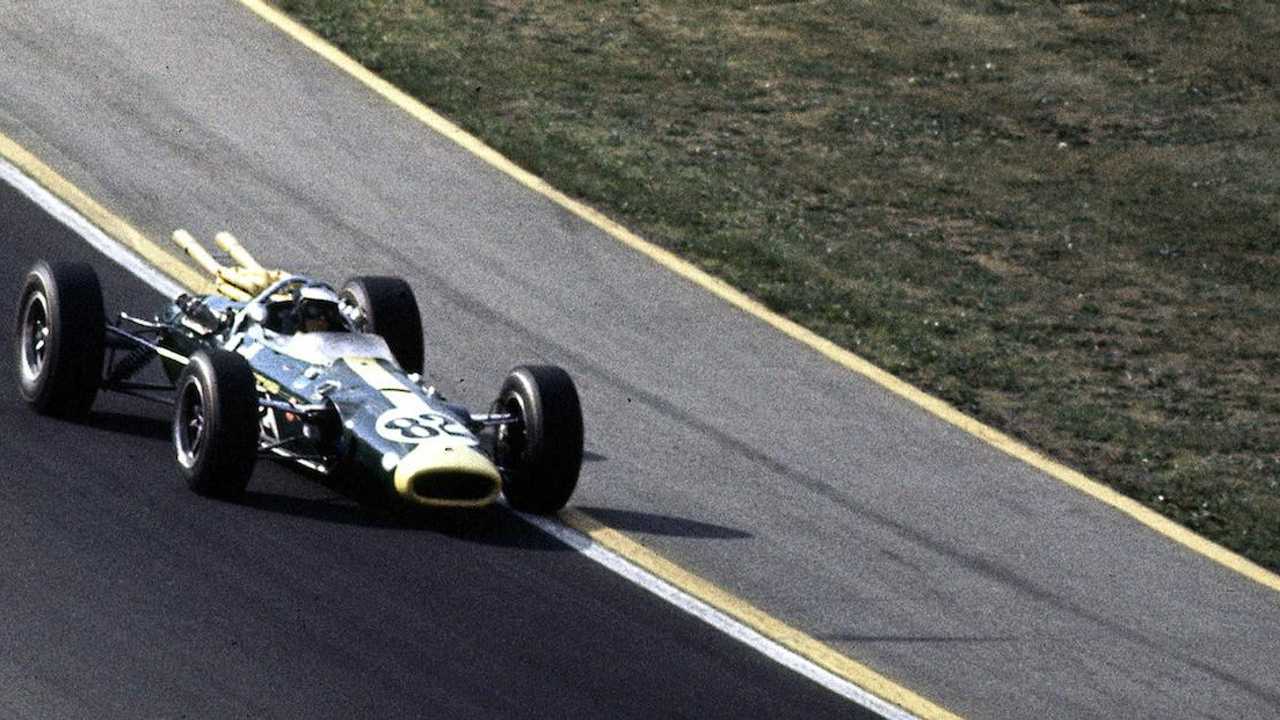 Saturday April 7 marks 50 years to the day since the death of Jim Clark. AutoClassics and LAT Images reflect on his mastery of many disciplines

The tragedy is that Jim Clark shouldn’t have been at the Hockenheim circuit entering the opening round of the European Formula 2 Championship the day he died.

Had it not been for confusion over a full entry list then the two-time Formula 1 world champion should have been at Brands Hatch to test Ford’s new F3L sportscar.

In many ways that best sums up the mastery of Clark in that, at the drop of a hat, he could switch between varieties of single-seaters before going out in a touring car or taking on the RAC Rally. What’s more, he was successful across the board.

Thanks to the LAT Archive, AutoClassics looks back at the immense breadth of the cars and disciplines with which he established himself as one of, if not the, greatest driver of all time.

Without a transporter, in 1958 Clark drove the Border Reivers team's new 3.4-litre shortnose Jaguar D-type up to Scotland where he raced it successfully in a number of club races. In an effort to 'clear' the XK engine, he would often take it beyond 150mph on the public roads. Here he guides the Jaguar to victory at Charterhall, one of 12 national racing wins with the D-type that season across 20 races entered.

A seminal moment in Clark’s formative years as he leads future team boss and Lotus founder Colin Chapman on the approach to Druids. Clark led off the line and pulled out a gap. But coming to lap a spinning Austin-Healey Sprite forced Clark to take avoiding action with Chapman going through to win. But Chapman was nevertheless suitably impressed.

'I wouldn’t have believed that any car could hold the road the way this Lotus [18] did. I could go through St Mary’s, the off-camber left-hander with the deep dip in the middle, so quickly that I didn’t think it was possible. The car seemed glued to the road.’ Clark reflected on his switch from sportscars to single-seaters with immense positivity and then duly beat John Surtees – in his first ever car race since retiring from motorbike racing – to take his first win in a formula car, as seen here.

To comply with new-for-1960 regulations, the Aston Martin DBR1 Clark was sharing with Roy Salvadori for Le Mans was updated with a wraparound windscreen and luggage boxes. Clark’s lightening start was undone by the power of the Maseratis and Ferraris meaning he dropped from first to seventh come the end of the long Mulsanne Straight where the Aston Martin was only 10 mph faster than a Lotus Elite. Rain, an oil leak and an ailing engine hampered progress but they still finished third overall – Clark’s best ever Le Mans result.

Clark span at Madgwick Corner in the path of the race leading Ferrari 250 GTO driven by Surtees. The two cars collided and then thump into the banking. A few laps later, Robin Benson’s Ferrari 250 GT SWB careers into both of the stationary cars. ‘I felt very upset about it as, ironically, it was my efforts to avoid holding him up which cost him this race,’ Clark wrote. ‘In the circumstances John was very decent about it, shrugging his shoulders and saying, “Well, that’s motor racing".'

In 1964, Clark added another feather to his cap. Only once across the nine races in that season's British Saloon Car Championship did he fail to win his class in the Lotus Cortina. The end result was romping to championship honours, 10 points clear of his cloest rival.

In the new Lotus 35, an evolution of the 32, Clark was two seconds a lap faster than the likes of Jackie Stewart and Graham Hill around the sodden Pau circuit. Despite the 35 neither being the pick of the field nor running on the optimum tyres, it was a drive that displayed the prowess and delicacy of Clark at his best. Come quarter distance he led by 26 seconds, and by halfway only one other car remained on the lead lap.

He'd finished second on his Indy 500 debut, then qualified on pole second time around only to drop down the order with tyre failure that damaged his rear suspension. But in 1965, Clark cracked US racing's blue riband event on his third go. Opting to miss the Monaco Grand Prix for the Brickyard, he took the first ever Indy 500 win for a mid-engined car and remains the only driver to win both the 500 and F1 championship in the same year.

Making the most of his connections with Lotus and Ford, Clark entered the Welsh rally with a Cortina while still the reigning F1 champion. Prowess on the gravel roads was evident too as he was a consistent top 10 runner, winning three stages outright and second fastest across seven. On SS45 his progress was ended following a roll but, testament to character, he continued to travel the rally with his team to assist the service crew.

And, of course, Clark's success in F1 was explemary. Two world titles and 25 victories – including the 1965 British Grand Prix, as seen above – were amassed from just 72 race starts. Of those, he set the fastest lap in 28 and started 33 on pole position.