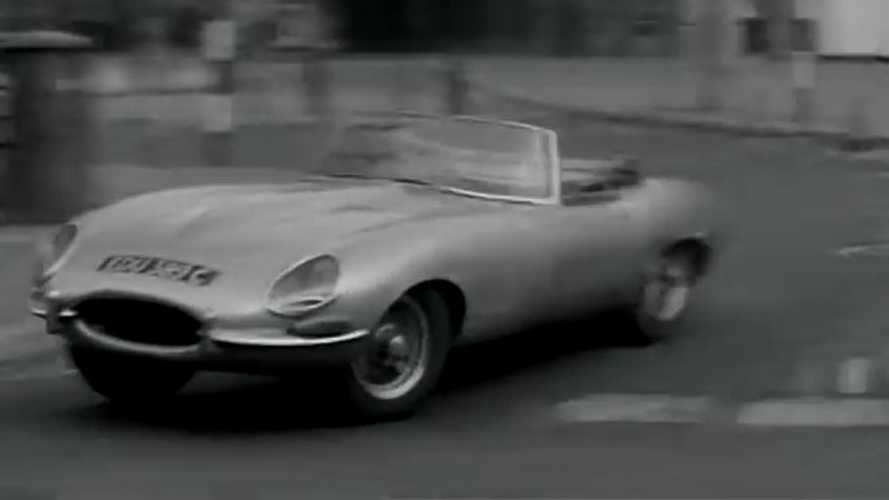 Sick of Hollywood's polished and unrealistic vision of a car chase? Here's ten you probably won't have seen to liven up your Easter bank holiday

A major challenge when compiling this list – aside from not becoming overly distracted by the fine cars on screen – is what now precisely constitutes ‘unknown’.

The advent of the DVD box-set and more enlightened release programmes means that the chases in Callan, The Sorcerers, Villain and Scream and Scream Again now enjoy a fresh generation of enthusiasts.

My selection here includes the vaguely remembered from half-term holiday viewing, titles that may not be immediately familiar to a British readership and gems from the netherworld of the B-film!

An alleged comedy that often haunted daytime TV during 1970s and 1980s school holidays, this monstrosity does at least boast a fine array of Citroëns – DS Safari, SM and Dyane 6. The last-named features in a low-rent chase staged near Pinewood Studios, the stock heavies favouring a Ford Galaxie and Equity-approved scowls.

An Anglo-German thriller with an eclectic cast – Klaus Kinski, Leo Genn and Christopher Lee – and a wonderfully low-rent chase involving a pair of black Wolseley 6/99s (of course) and an Austin J4 van. Cue overdramatic music and much ringing of gongs to disguise the fact that the getaway vehicle is travelling at approximately 28 mph.

For many years the caption ‘directed by Lindsay Shonteff’ was a certified guarantee of zero cinematic quality, but this Bond tribute/spoof/utter rip-off has a warped fascination all of its own. Connoisseurs of great film-making will particularly enjoy the 'flying' Jaguar E-type Series III, a special effect achieved via a set of plywood-looking wings and tilting the camera through 45 degrees. Here is the trailer; just remember that the actual film is approximately 100 times worse...

It is easy to appreciate why this remains one of the most popular films to hail from the Soviet Union; the acting, the direction, the music and, of course, the GAZ Volga M-21. The plot concerns a taxi driver who steals cars from criminals to fund charitable works and the chase sequence has caused many a cinema audience to develop a new respect for the Volga’s road manners.

No such 'Top Ten' would be complete without at least one example of the 'Poliziotteschi' crime films which dominated Italian cinema from the late 1960s to the late 1970s. Il cittadino si ribella is incredibly violent and the English-dubbed soundtrack is hilarously awful, but the cars are worthy of note. Fiat 130 Berlina and 132 drivers are under attack while the police favour an Alfa Romeo Giulia Super; the standard choice of law enforcement vehicle for this brand of picture. As for Franco Nero’s vigilante, he drives one of the world’s least menacing vehicles – an Innocenti Regent 1500L, the deeply wonderful local version of the Austin Allegro…

The story so far – pop singer Vicki Robbins (Susanne Leigh) takes an unwise holiday on the remote Seagull Island which just happens to be dominated by two over-acting bee enthusiasts. And if the promise of 'Hives of Horror!' (I am not making this up) is not enough, there is also a chase between a Land Rover Series 1 and an Austin A35 van. Thrilling.

The plot concerns how New Zealand is now controlled by a fascist government, so Sam Neill’s rebel needs a formable car to evade the forces of repression. His co-conspirator wisely choses Ford Zephyr MkIV – a car that was not renowned for either its handling or the precision of the four-on-the-column gearchange but formidable enough to defeat any Toyota Land Cruiser road block.

Nothing to do with Arnold Schwarzenegger, for this is heist film that concludes with Laurence Harvey and his truly amazing hair using his Lincoln Continental Convertible to force Alan Bates’ Austin A55 Cambridge MkII off a ravine. The Spanish locations also mean any number of fascinating Euroboxes such as the Guardia’s SEAT 1400 Familiar.

An overlooked gem from the tail end of 'Swinging London', with Tom Courtney’s junk dealer turned reluctant spy being pursued by a Ford Zephyr 6 MkIII full of enemy agents in the middle of his driving test. The supporting cast is of the highest order, especially James Cossins and Leonard Rossiter, the location work has a fascination of its own – and never has a Vauxhall Viva HA De Luxe appeared so dynamic on the silver screen.

This pop film that was the support feature to Doctor in Clover deserves to be remembered for three reasons. It is one of the first films to showcase a Ford Transit, it guest stars The Small Faces, Kiki Dee and Kenny Everett and it boasts one of cinema’s most implausible car chases; Jaguar E-type 4.2 Roadster versus police Wolseley 6/99 through the mean streets of Essex. Cue the swinging modern jazz score and much clanging of the Winkworth bell.