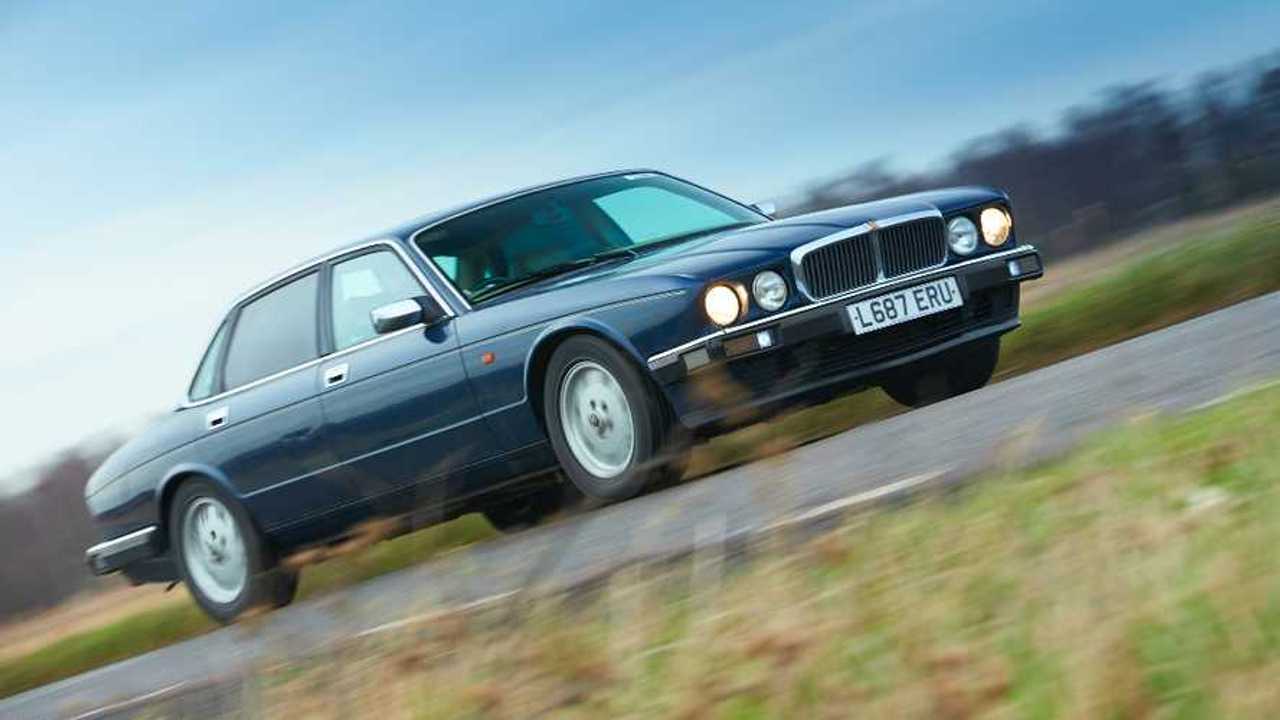 What could possibly be wrong with a £500 1994 Jaguar XJ40? As it turns out, a fair bit. Meet the new addition to the ever-expanding AutoClassics fleet…

My Glaswegian heart appears to have a soft spot for old saloons. Sleek lines and a faint whiff of sophistication get my blood pumping, especially if there’s a V12 under the bonnet.

Under appreciated and largely overlooked, these everyday barges from yesteryear are often sent to the scrapper due to a lack of market interest or understanding. A particular casualty of war is Jaguar, with scores of Series III XJ12s destroyed by the dreaded tin worm, and far too many X300s now in the merciless eyeline of those hellbent on driving something luxurious into the ground.

How healthy is our XJ40?

Julian Assange would be envious of the gearbox leaks, while the brakes are so warped they could probably travel through time. There’s a distinct lack of headlining, and the rear suspension has collapsed in the same manner as Sally Field accepting an Oscar.

When it comes to the paintwork it’s not so much patina as an assault on the optic nerves, and the 3.2-litre straight-six swallows a gallon of fuel every 19 miles. This could only be a £500 Jaguar.

The latest addition to our AutoClassics fleet is a 1994 XJ40 ‘Gold’. There are only 110,000 miles on the clock, but the list of maladies reads like a Shakespeare comedy.

For starters, the sunroof leaks more water than the sump does oil, creating a neat puddle in the passenger footwell. That problem isn’t as bad as you’d think as, luckily, there’s no carpet. It was purloined for use in another XJ40 some time ago, to be replaced by a slice of secondhand underlay. Classy.

The interior flaws continue. Continual exposure to the sun means the leather seat trim and dashboard surround have aged prematurely, a bit like Mickey Rourke’s face. Wires from the sunroof and interior light swing overhead like crazed vines, whereas the centre cubby showcases every conceivable shade of grime.

Further issues stem from the brakes, which feed enough vibration through the steering wheel to shake your shoulders apart. This issue is nothing compared with the rear suspension, though. The car’s back end is limp and crashy, and it rises and falls gracelessly as it smacks the bump stops over the smallest undulation.

It also turns the handling into something of a challenge, with the rear end behaving like a boisterous Jack Russell when powering out of junctions. The twitching hull caused by accelerating too hard out of a wet roundabout brings on a cold sweat, while emergency braking situations are purely for the brave; it feels safer simply to hit the tree you’re heading for.

It’s not as though the muscle is ripsnorting, either. From a standstill, the 3.2-litre engine could be out-powered by a diesel Range Rover. Low-down grunt remains non existent no matter how hard you try, making for sluggish city manoeuvres. Planting your right foot into the carpet results in noise but little else, at least until the revcounter breaches 3500rpm. Then the real fun starts.

Get the six-cylinder into the top end of the rev range and it sings, propelling you along at an impressive pace.

The Jag may take ten seconds to complete the 0-60mph sprint, while 30-70mph raises serious questions about whether the auto gearbox understands the concept of ‘kickdown’, but once on the go there are enough horses to see off any overtaking challenge. It’s only a shame the back suspension tries to crab between sledgehammer-like changes.

It’s almost like being clouted with a wrecking ball, while under duress the shifts could easily leave unsuspecting passengers with mild whiplash. It’s tempting to distribute documentation absolving you of all responsibility should the change from first to second leave rear passengers requiring a neck brace.

This effect comes from the combination of a gearbox suffering something of an identity crisis and a rear differential that’s on borrowed time. My transmission also appears to act like a sieve, playfully depositing all its fluid over the Tarmac like a toddler throwing food from their high-chair.

The Jag’s consumption of transmission fluid is nothing compared with its thirst for petrol, however. In the relatively few miles I’ve undertaken since purchase, the trip computer indicates that the 3239cc engine devours a gallon of fuel every 19 miles.

As if that figure isn’t depressing enough, the read-out appears somewhat optimistic, as manual calculation has proven that it’s over reading by 10 percent. Stocks in Esso, BP and Shell have doubled since news has leaked that the XJ is to become my daily transport.

The XJ40’s Achilles heel, besides rust and subframe issues, has always been Jaguar’s infamous electricals – and my example appears no different.

Besides the electric windows developing a mind of their own and the trip computer going all HAL 9000 on me, the car’s tendency to eat light bulbs and set off its own 1990s ringtone of an alarm is enough to drive you crazy. I very much doubt my neighbours will put up with many more 4am blasts of the big cat’s early-morning howl.

So, in summary, the 3.2-litre XJ40 is surprisingly slow for what it is, alarmingly thirsty and serves up more electrical issues than a frenzied Tamagotchi. The running gear requires some serious work, and the cabin is incomplete and worn. Quite frankly, it would leave even the most seasoned of Jaguar enthusiasts rocking back and forth in their garage praying for blessed relief.

With all this in mind, what the hell led to the car’s purchase and subsequent pride of place outside AutoClassics’ Bicester Heritage HQ?

For starters, the XJ40 is a handsome beast. A throwback to John Major’s Conservative era, and with a starring role in the BBC cult series House of Cards, its square nose and twin headlamps make for an impressive stance, while pinstripes slice each door bulge with finesse.

The svelte and droopy boot lid and rear wings may have been an easy target for those looking to lampoon the design when new, but the styling complements the butch frontal aesthetics and adds that trademark swoop established by preceding Jaguar saloons.

Then there’s the Kiwi wheels, now so seldom seen, yet a work of art in themselves. The car’s paint colour adds to its ambience, a kind of royal blue that instantly commands authority.

As a bonus, the car wears relatively new rubber that still holds a thick tread, while the previous owner had replaced the spark plugs and fan belt amid other engine service items.

A fair bit of work will be involved in bringing the XJ40 back from the brink, but it’s not a dark money pit in the making – even if those do prove to be famous last words.

It may look like Edward Scissorhands has washed the car using sandpaper and acid, while the cabin is seemingly crafted from papier-mâché and the mechanicals are rougher than a raw Quentin Tarantino script, but I have utmost faith in the old girl. Despite the tribulations, the car feels keen.

Others have mocked its battered appearance and down-and-out persona, so let’s set out to change that. The XJ40 has long been ridiculed as the unwanted and unruly child from the Jaguar family – now it’s time to set the record straight. Can a cheap XJ40 make for reliable transport? We’re going to find out with a series of challenges.

Stay tuned. The first adventure is already underway. See you on the other side...

Photography by Matt Howell. All credit for the 'Bangernomics' term goes to journalists Steve Cropley and James Ruppert