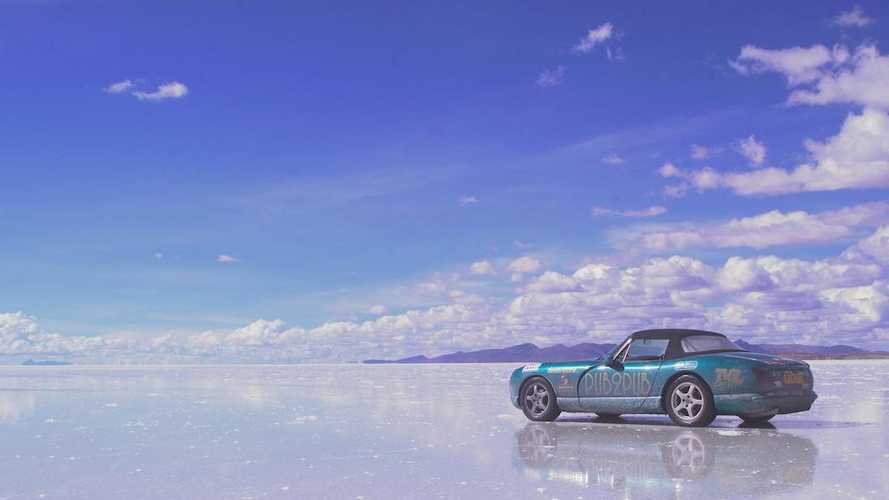 23 countries, 20,000 miles – all for a pint. Ben Coombs drove a TVR Chimaera from the planet’s northernmost bar to its southernmost. Here's the full Pub2Pub story...

We’ve all done it; the fabled drive to a country pub. It’s a cornerstone of classic car ownership, a life-affirming step back in time that always feels great. But how far can you take this slightly clichéd Sunday-afternoon tradition?

A long way, that’s how far. As I recently found out, with a bit of determination you can take it to the ends of the Earth. There are 20,000 miles between the northernmost pub on the planet, approaching the North Pole, and the southernmost, in Tierra Del Fuego. To put it another way, we’re talking a road trip across 23 countries, spread across three continents. What classic enthusiast who enjoys driving wouldn’t want to live that dream? The Pub2Pub Expedition was born.

Of course, a car can only go so far. The northernmost bar is located in an abandoned Soviet-era mining town on the island of Svalbard, 700 miles from the North Pole. It’s not the sort of place you can easily get your classic to, so my steed for the journey – a TVR Chimaera – waited patiently in mainland Norway while my crew and I downed our first pint.

After that pint, all roads led south; for the first leg, down through Scandinavia and Northern Europe, all the way back to Southampton, from where the plucky Chimaera embarked on a ship bound for the New World.

TVR Chimaeras were never sold in the US, so we made for a rare sight in this car-loving nation. A camera phone was never far away as we rolled west from New York, through Washington, Tennessee and Oklahoma to Amarillo – where, on a Sunday morning, we were thoroughly beaten by the locals at the drag strip.

Road-trip landscapes don’t get much more perfect than the American West. Wide-open plains compete for your attention with craggy sandstone deserts, endless forests and perfect coastlines. Our V8 soundtrack echoed across Monument Valley, Yosemite, Joshua Tree and Big Sur as we pushed on towards the Mexican border – where, after 10,000 miles in the familiarity of Europe and the USA, we experienced our first culture shock.

Slipping easily past Trump’s wall, we entered a world in which dusty, low-rise buildings are patrolled by heavily armed police and soldiers in pick-up trucks. The average TVR driver feels rather self conscious as a result.

Fortunately, however, the Tarmac was better than you’d expect, so we were able to make rapid progress south, away from the dangerous border area and into far more pleasant landscapes. Highlights included the beaches of Mexico’s Pacific coast, and the Mayan ruins that dotted the jungles as we crossed Mexico, Guatemala and Belize.

Our progress across Central America continued in a smooth and orderly fashion but, as the saying goes, all good things must come to an end. For us, this happened when we reached Costa Rica and weren’t allowed across the border, due to our car being right-hand drive.

We were stuck for eight days in the end, until we managed to get the TVR loaded onto a lorry for the journey across the country to Panama where, after a few further RHD-related issues, we found ourselves rolling through the verdant countryside. Our crossing of the North American continent was complete.

Thanks to the impenetrable Darién Gap, no roads lead from Central America to Colombia – the next country on our route – so the TVR embarked on its second sea voyage of the trip. It sailed from Panama to the old colonial port of Cartagena, where we returned to the road on Pub2Pub’s last continent.

The winding jungle roads, altitude and asthmatic trucks that characterise Colombia’s main roads make any journey an exercise in patience, while the stunning scenery often removes any urge to hurry. Because of this, it took us well over a week to reach the country’s southern border with Ecuador, across which one of the standout moments of the trip awaited – rounding a corner to come face to face with the 5897m Cotopaxi stratovolcano.

Next, we set about making progress across Peru’s costal desert; a surreal landscape where bleached sands tumble down to meet the churning breakers of the Pacific Ocean. Day after day we rolled across this terrain, until the improbably located metropolis of Lima rose from the horizon to welcome us with its churning tangle of traffic.

Having spent so long in the parched lowlands of Peru we were crreakaving the colour green, so we relished the stunning driving roads that climb up onto the Altiplano. Soon, we were driving at over 4000m, past llamas and snow-peaks, with the TVR’s big V8 still performing impressively in the thin air.

The Altiplano stretches for thousands of miles, and carried us past Cusco – legendary capital of the Inca Empire – to Lake Titicaca, and on to Bolivia. There, a rather famous highway was waiting for us: the Death Road.

While not the sort of experience sought by most classic owners on their drive to the pub, the Death Road wasn’t too much of a problem for the TVR. Sure, there’s an impressive drop to focus the mind, and the pitted gravel surface isn’t exactly the last word in refinement.

However, with 16,000 miles already completed since leaving Earth’s northernmost pub six months before, it was going to take more than that to stop the Chimaera, and we completed our descent of the world’s most dangerous road without incident.

Next up were the famous salt flats of Uyuni, which for our visit had flooded, turning the surface into the largest mirror on the planet. But even a flooded salt flat proved little issue for the TVR, and we were gifted with one of the trip’s finest photo opportunities as a result.

Gravel tracks in southern Bolivia led us to Chile’s Atacama Desert, where for day after day we crossed the driest landscape on Earth. We eventually reached Santiago, and – with the finish line only a few thousand tantalising miles over the horizon – we pushed on to Patagonia.

Endless grassy plains stretched ahead, and we rolled across them for hour after hour. The beautiful monotony was occasionally punctuated by the serrated peaks of the Andes rising up to the west. As the South American continent narrowed, we crossed off the miles – until we arrived in Punta Arenas. There, we boarded a boat heading towards the last bar on Earth, in Chilean Tierra Del Fuego.

Once we were there, we raised our glasses to the real hero of the trip. That tough little TVR, which had came through the whole journey without so much as a breakdown. The only work it had needed was a clutch change in Nicaragua and a tune-up in Peru. Impressive stuff.

Next time you decide to take your classic to the pub, why not choose a destination a bit further away? Who knows what adventures you’ll have as a result…

See here for more information on the Pub2Pub Expedition.