Anthony Reid on the Ferrari 250 SWB at Goodwood 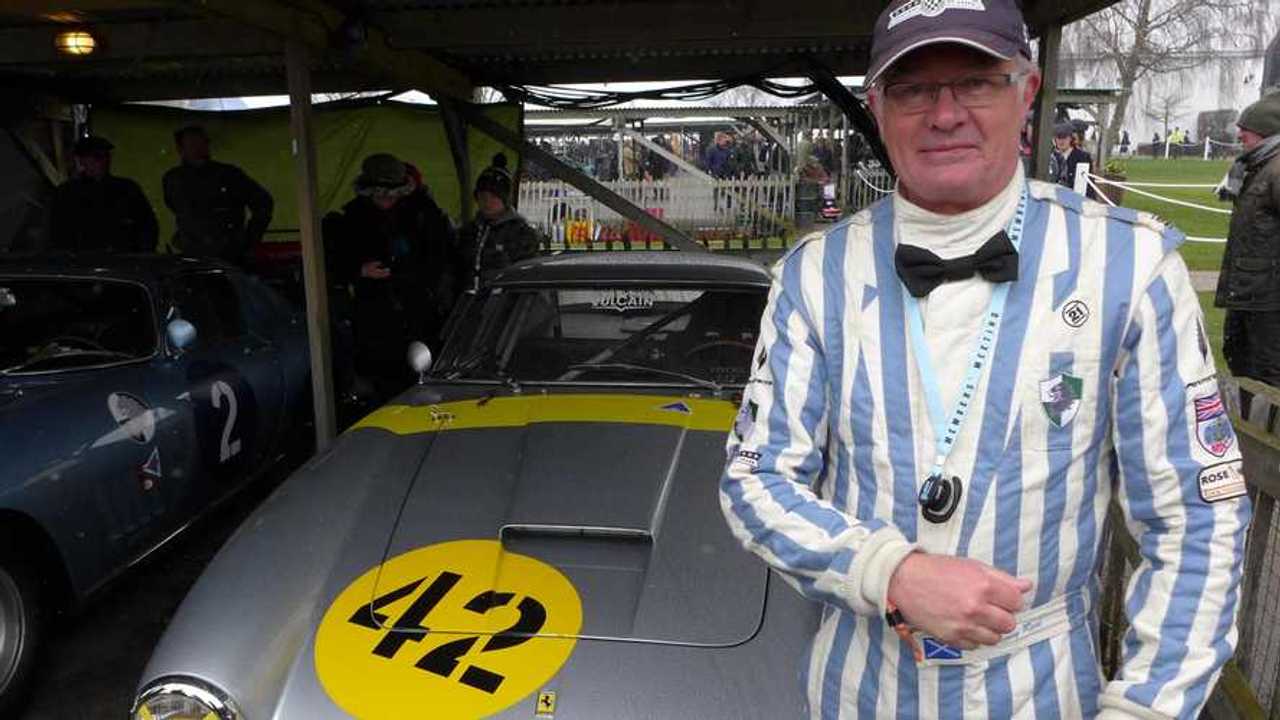 The former touring car star on driving the Ferrari in the snow at the 76th Members' Meeting at Goodwood, and why he prefers the 250 SWB to the GTO

During the 76th Members' Meeting at Goodwood Anthony Reid, the Methuen house captain, wearing his trademark striped racing suit with Nomex bow tie, was seen driving a Ford Capri and a very special Ferrari 250 SWB from Belgium. He had plenty to say about his Italian steed, but here's a little background first...

Some people still contend that Enzo Ferrari hated building road cars, but did it anyway because he needed the revenue in order to finance his beloved racing. Most of his one-liners were designed to attract attention and to improve the image of Ferrari cars, though, and were not necessarily expressions of deep faith. Just looking at a 250 SWB one wonders how anyone could see it as anything but an expressions of boundless love...

This 1959 model was created in response to a demand for a road car which could be competitive in racing, or, conversely, a race car that would be rewarding to drive on normal roads. The project was handled by a star team composed of Giotto Bizzarrini, Carlo Chiti and a young Mauro Forghieri, each of them a true legend in his own right, and all of them associates working on the later GTO.

Their labours resulted in a vehicle which is correctly named Ferrari 250 GT Berlinetta Passo Corto, the first road-going Ferrari equipped with disc brakes, shunned by the Maranello company for so long. Several iterations exist, among them one with an aluminium body made by Scaglietti, and a more performance-biased Competition version.

The designations ‘passo lungo’ or ’LWB’ for the long-wheelbase 2600mm chassis and ‘passo corto’ or ‘SWB’ for the short-wheelbase 2400mm Ferrari 250 chassis were adopted to distinguish between the two series. The chassis layout followed the familiar practice of twin, large oval section longitudinal members, with substantial cross bracing and a rectangular section front crossmember.

Suspension was independent coil spring and wishbone at the front, with a live axle in the rear featuring semi-elliptic leaf springs and radius arms to locate the axle, and hydraulic shock absorbers all round. The ’61 competition chassis displayed considerable weight saving, with smaller and lighter gauge tubing.

The 3-litre V12 engine fed by Weber or Solex carbs was a further development of the original Colombo-designed V12, with a single overhead camshaft per bank and wet sump lubrication. The power output of the engine was between 220 and 280bhp, dependent on its state of tune.

Since every car was built for a specific client, combinations of Competition chassis with a lower-powered motor, and a standard steel body with a highly tuned engine are also known to exist. Current market values reflect the desirability of Ferraris of the era, with 250 GT SWB examples easily reaching and exceeding $8-10million.

Anthony Reid, the former touring car star, renowned endurance racer and the driver often described as the king of the Goodwood Festival of Speed hillclimb, has driven a number of these cars over the years. He states that this is one of his favourite Ferrari shapes and designs, one he prefers over the widely acclaimed GTO.

He also says the SWB he is racing this weekend needs some more racing development work, but is already much improved due to the introduction of a larger rear tyre, which has fixed the oversteer problem and made the car much better balanced. Anthony says he prefers to have a perfectly balanced car with less grip to one with a lot of grip but precarious balance. He refers to the Ferrari as a thoroughbred and its V12 engine 'a fine piece of engineering'.

'It revs with such ease that you have to watch yourself not to exceed the 7000rpm rev limit, as the motor obviously has no rev limiter, he says. He adds that it is obvious, once you sit in this Ferrari, that the interior was designed by a racing driver or with a lot of input from one. All the controls are positioned ideally and perfectly weighted, the pedal box is designed for heel-and-toe, the gearshift is precise, and everything seems designed to enhance driver performance, the Scot insists.

He is disappointed that so far all testing since the rear tyre swap has taken place in the wet, making it impossible to more finely hone the chassis set-up for dry conditions, but in typical Anthony Reid style he chuckles and shrugs, with no need to verbalise his well-known prowess in slippery conditions.

'The brakes give the driver tremendous confidence, and together with the accurate steering they contribute to the ease at which the car can be driven on a racing circuit. The front and rear slide together, and you can adjust your yaw angle at will,' he emphasises.

Reid concedes that in the appalling conditions encountered during this year's Members' Meeting (snow, sleet, and rain, plus very low temperatures) the independent rear suspension of the Jaguar E-type worked more efficiently than the leaf spring and live axle arrangement of the 250 SWB, which it shares with the famous 250 GTO. However, on the straights, surprisingly, Anthony found that the speed difference wasn't so great.

'It is a privilege to be able to drive such a museum piece here. Fortunately the owner wants me to race it, and he races it himself. Vincent Gaye, a Belgian in the watch business, acquired this SWB some time ago, and invested heavily in making it perfect, including installing a set of brand new Spanish-made Weber carbs.

'The car has a complicated, checkered history, with multiple owners and a number of racing incidents in its past,' Reid points out. With a grin he adds that once a year the owner drives the car to Italy and stays for a week in order to make it possible for old Ferrari mechanics to rectify any problems, and then he simply drives it back home.

So, the ideal team, a willing owner, a talented racing driver, and a legendary car. Let's be grateful we can see them in action at Goodwood!

You can watch all the live action at the 76th Goodwood Members' Meeting on the live stream here.