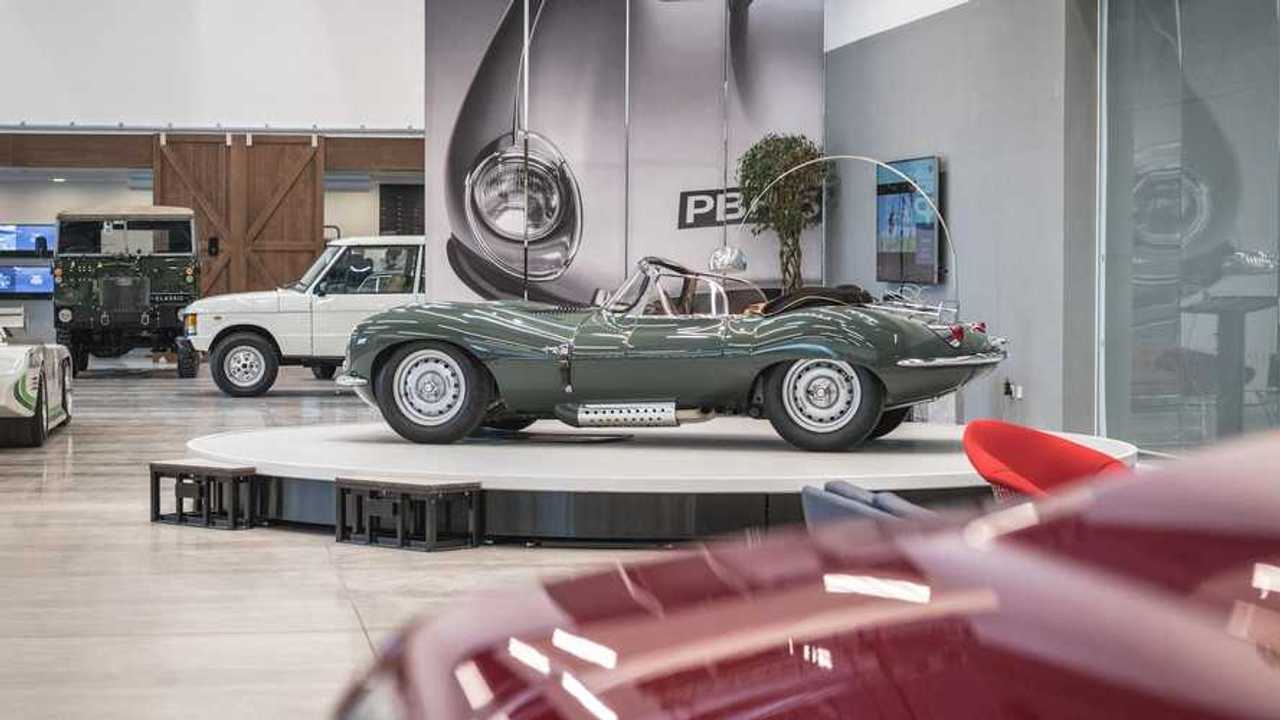 The game-changing Classic Works HQ is packed with classics in every state of repair, with surprises around every corner – even 007 cars

Jaguar Land Rover has always had a collection of classics, once crammed into the reception at the Browns Lane factory and various sites around Coventry and Solihull, but it moved into a whole new league when it opened its new 14,000 square metre Classic Works centre in June 2017.

The centre is on the Prologis Park in Ryton, on the outskirts of Coventry, the site of the old Rootes, later Peugeot, factory. It's also a few doors down from Jaguar Land Rover’s equally plush Special Vehicle Operations HQ.

It’s open to the public on a pre-booked basis, with three-hour Works Tours for £49 or £39 for children.

We made our fourth visit to Classic Works in 2018 to see how the first year has gone, and how it’s changed over the last few months, guided round this time by Jaguar stalwart Tony O’Keefe, very much the long-term guardian of the classics.

Tony’s tour starts in the front section of the building, occupying roughly a sixth of the 14,000 square metres overall and dedicated to a stunning showroom and customer area. To one side are the ‘Reborn’ Land Rovers, with both patinated and fully-restored examples on show, to help customers choose which they’d go for. It’s not an easy choice – lovely as the shiny ones are, the patinated Series Ones have a spine-tingling appeal. Mind you, a patina Reborn is £65,000 while a fully restored Reborn Series 1 is £75,000.

Classic Works now have two buyers travelling the world, sourcing cars for restoration. The rough S1 one display is worth £70,000 in the current market – and on the understanding that Jaguar Classic has to be seen to be paying market value – and could be built to a customer’s specification. All the original paint colours and 13 types of trim available, but bespoke colours and trim can be produced too. Left-hand drive and right-hand drive conversions are relatively easy, and sensible upgrades to brakes, ignition, cooling and oil seals in particular are de rigeur.

‘A full restoration takes 15 months at the moment,’ says Tony, ‘but that’s too long. We’re getting it down to ten months. The engine takes six weeks, the body is six to eight months, and it’s 12 weeks to assemble the car.’

An individual technician is assigned to each restoration, to work with the customer. As Tony says, ‘at £295,000, it’s an emotion, and the whole workforce is involved’.

Scattered around the rest of the reception are various greats from Jaguar history – expect to see race cars, XKs, E-types, XJ220s and more modern Jaguars, including XK8s, which Classic Works are getting more and more involved with. On the day of our visit there’s also a lovely Mk1 3.4 saloon – most of the cars in the showroom are for sale.

The even better bit, though, is the workshop, viewable from the reception through glass walls and sliding doors. There are 54 individual workshop bays and stripdown areas, plus a dedicated engine shop. It's an impressive sight.

As you walk in now, the first section you see is the continuation car area. All the XKSS customer cars are now complete, and production has switched to the first of the D-types.

Moving around the outer edges of the workshop, the next stop is the XJ220 area. On our visit, there are several 220s undergoing work, some in for servicing, some full restorations. At one point during the last year there were 14 XJ220s in. Classic Works has invested £500,000 to reintroduce the original Pirelli tyres, which now sell for £6000 a set. It’s big money but XJ220s are now selling for half a million, having appreciated by almost £100,000 a year in the last two or three years.

There are a couple of XJ Coupés hanging around here, awaiting attention, which is a fine reminder of the increasing desirability of these models, and then a line-up of Range Rover Classics, in for ‘Reborn’ rebuilds, from chassis-up. They sell for £145,000 each – the costs of remanufacturing the many obsolete parts, including tailgates and the original ‘kitkat’ style vinyl seat coverings have been much higher than for the Land Rovers.

In the next row of bays, there are yet more Series Land Rovers, and a long line of much newer Defenders, all awaiting the V8 Works conversion. There will be 150 of these built, again from chassis-up, replacing brakes, suspension and all running gear, refurbishing chassis and bodywork, and retrimming the cabins. It’s reckoned well over half sold out within a day of them being announced.

Further over there are the Jaguars, every type, some in for a service and others undergoing major surgery. Nestled in among these is the prototype E-type Zero, the electric conversion used by Prince Harry and Meghan after their wedding.

Ironically, it’s not so far away from the engine shop, impressively clean. In fact, it’s only in one far corner of the workshop that the white floors are hidden under your typical rusty vehicle parts. This is where Series One Reborn parts are being stockpiled, and there’s every chance of seeing Michael Bishop, the brains behind the Reborn project and an inveterate Land Rover enthusiast, rummaging happily through the bits.

Next to the pile of parts is the doorway through to the storage section, almost as big as the workshop and packed with cars – well over 500 of them, in double-decker storage. There’s everything in here, from Series Ones and Range Rover Classics awaiting Reborn treatment, to rare models kept for posterity.

Then there’s still a portion of the massive James Hull collection bought by Jaguar in 2014, several classic Jaguars still in logos from previous years, a couple of 007 Spectre film cars and even a D-type replica that is now tucked away, given that Jaguar Classic has just introduced the new D-type continuation cars.

A group of visitors is being guided around the cars here, the participants poring over the many artefacts. It’s as good as a proper car museum in here in many ways, and there’s an excitement to squeezing between the cars to work out what it is you’d spied from afar.

It’s time for our visit to come to an end, though not before some time reunited with the continuation car team, in the closed-off area at the back of the workshop, to see the prototype D-type continuation receiving finishing touches.

It’s clear that Classic Works has thrived over the last year, raising the game, bringing in new suppliers and investing in new parts as well as upping the quality of existing parts. The improvement for all involved is clear, especially when you consider that Jaguar Land Rover's heritage operations had previously been spread across 14 different sites (and it all came together here without any job losses). We exit via the gift shop, of course, looking forward to the next visit.

Find out more about Classic Works at the website here.