The two cars that continue to inspire Pininfarina today 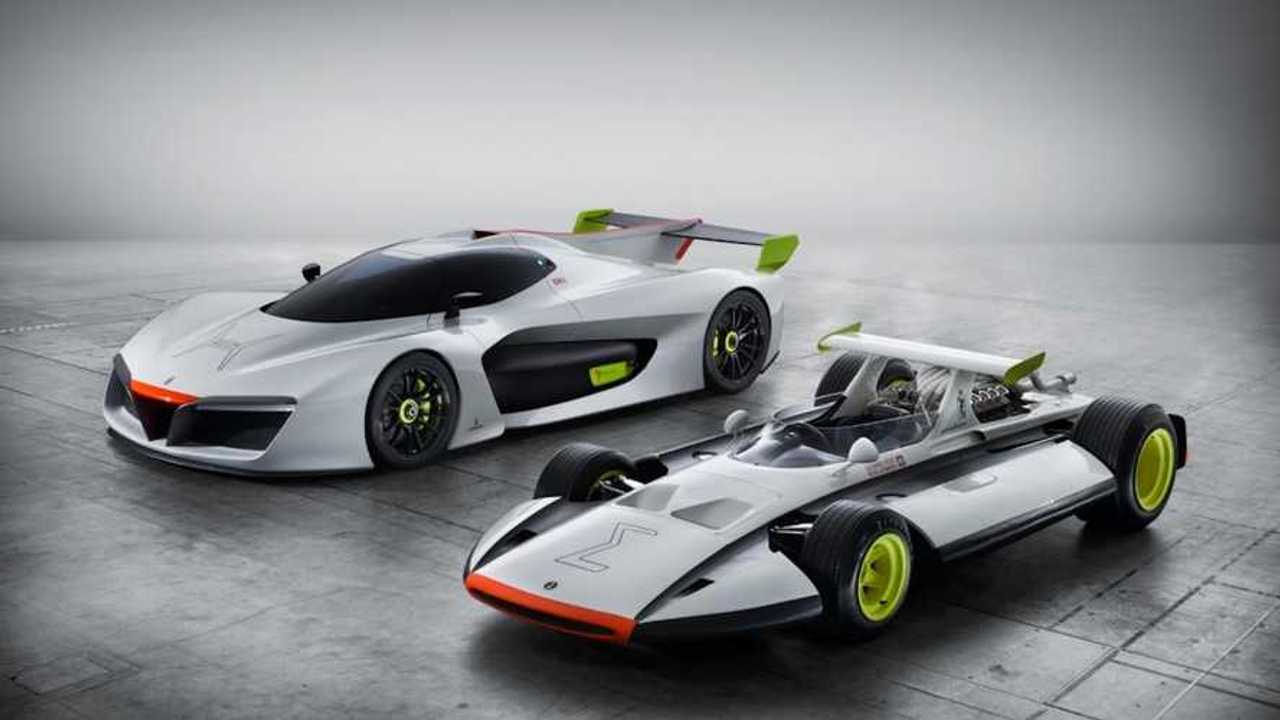 Splitting from Ferrari and switching to Formula E may seem an odd move for an Italian design house, but Pininfarina has always been motivated by technology

It’s not the iconic partnership with Ferrari that defines Pininfarina. Instead, as the design house works with the supercar manufacturer less and less frequently, its eyes are focused firmly on the future.

Pininfarina needs no invitation to remind you that it’s preoccupied with where the automotive industry is going, not just where it’s been. It’s formalised its involvement in Formula E through parent company Mahindra, and by developing a hydrogen hypercar in the form of the H2.

But that focus on efficiency and future-proofing shouldn’t be seen as a major sideways step from the artists responsible for countless classic shapes such as the F40 and Enzo. During a tour of its stunning museum, through which you come to appreciate the sheer number of cars in which Pininfarina has had a hand, the Italian firm is quick to acknowledge how influential its past has been to setting its current path.

At the unveiling of its Mahindra Racing partnership, Pininfarina CEO Silvio Pietro Angori repeatedly referred to two pioneering cars. He explained that these are key to the brand’s expertise, as well as its commitment to not being left behind by the ever-increasing availability of electric cars and the flirtation with hydrogen propulsion.

The first model Angori mentioned is the 1937 Lancia Aprilia Berlinetta Aerodinamica. As the name hints, this car was part of Pininfarina’s push to understand the importance of air flow well ahead of the curve.

Standing in the middle of a museum that houses the highlights of Pininfarina’s collaborations – from 1930s Alfa Romeos to the experimental 1969 Sigma Formula 1 that still looks like something from the future, along with its modern Ferrari projects – Angori said: ‘We have cars that from the 1930s, ’40s, ’50s, ’60s and ’70s, up to our modern cars.

‘In the purpose of what we will announce tonight [the Mahindra partnership], I want to refer to a car from 1937. In 1937, Pininfarina was already talking about aerodynamics. The Godfather [founder, Battista ‘Pinin’ Farina] was referring to it being fast.

‘It was very clear that it was about style, speed and aerodynamics, to an extent that the company designs cars by lines.’

The company’s forensic obsession with ‘lines’ is in part due to the windtunnel. Pininfarina has had its own since the 1970s, and to this day this remains one of the finest in Europe.

Farina himself helped take the Lancia Aprilia through a windtunnel. It was one of the first cars to be developed using such technology, and it achieved a then-record drag coefficient of just 0.47. By way of comparison, the original 1996 Dodge Viper is only 0.02 more efficient. The Aprilia was also notable as being the final car Lancia founder Vincenzo Lancia had a hand in before his death in 1937.

The car even made it as far as being entered for the Mille Miglia, which unfortunately exposed the Aprilia’s lack of steering movement – a cost of its futuristic but manoeuvrability-hindering bodywork. Straight-line speed, however, was no issue, as the Berlinetta Aerodinamica famously hit 100mph on the Rome-Ostia Autostrada.

Also noted by Angori during the press conference was a similarly important car – one that may otherwise have been considered a mere footnote in Pininfarina’s history: ‘The Fiat Ecos that we designed in 1976, 42 years ago, was the our first electric vehicle,’ he said.

The future has been on Pininfarina’s mind for several decades, and the company has produced a succession of small electric concepts in recent years. But as the very first EV in which Pininfarina played a part, the Ecos was where it all started. Displayed at the 1978 Turin show, it was a study into the wider use of an electric city car, well in advance of the idea being truly considered by the motor industry.

The 35bhp model had a top speed of just 50mph, but that was never realised on the road. It’s easily forgotten now, yet the Ecos concept was the first step into ‘ecological sensibility’. Pininfarina’s interest in alternative power can be traced back to the Fiat oddity.

Said Angori: ‘In 2008, the Bollore Bluecar was a major innovation in electric cars. Jumping to our latest car, the H2, it’s a racing car where speed works. It’s an electric-powertrain car, but the fuel cells in this car produced by hydrogen; that is the future.’

While the Lancia Aprilia Berlinetta Aerodinamica and Fiat Ecos do not appear in the Pininfarina museum, the company’s eye on the future can be traced back to the duo. One day, it’s likely the hydrogen-powered H2 will join the classic Alfas and Ferraris in the collection. It would be a fine testament to the early innovation found in Turin.