Where is the second Bullitt Mustang now? 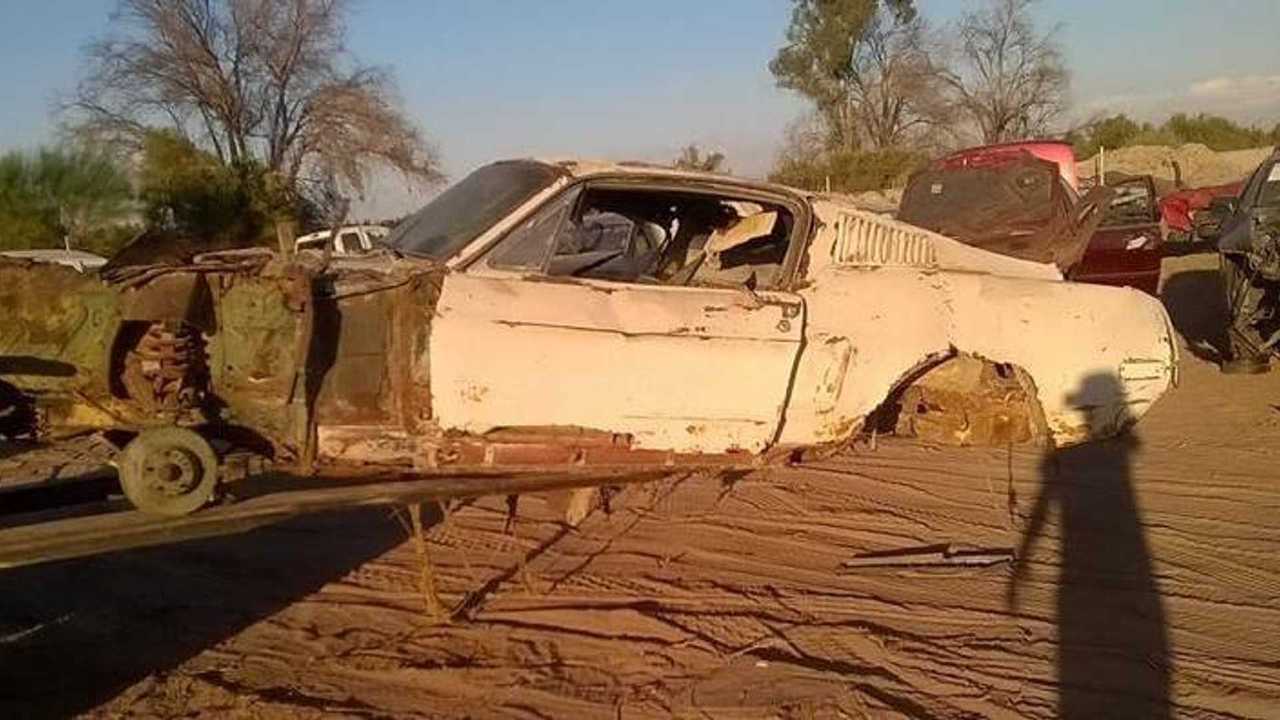 The 'hero' car is now big news but what about the stunt car? Was it really found in Mexico? And where is it now? We tell the story of the second Bullitt Mustang

You probably already know that two ’68 Mustangs in Dark Highland Green were used in the filming of Bullitt. The car revealed at the Detroit show by Ford on January 15 was the 'hero car' driven by Steve McQueen, but the other was used as the stunt car for those jaw-clenching jumps on San Francisco's hilly streets, and for the part of the car chase when it forces the Dodge Charger into a fuel station, causing an explosion.

So, where is that second car?

How do we know? Because the restorer of the car, Ralph Garcia, had contacted well-known US Mustang specialist Kevin Marti for a ‘Marti Report’. In the Mustang world, Marti Reports are the most trusted documentation of a car’s provenance and original specification, approved by Ford Motor Company. In fact, Kevin Marti works closely with Ford, and has been consulting with the company on the first Bullitt Mustang.

When Ralph requested a Marti Report for the Mustang, Kevin immediately recognised the chassis number given as that of one of the missing Bullitt Mustangs. It’s not unusual for enthusiasts to contact him asking for reports on the Bullitt chassis numbers, with the aim of building Bullitt replicas.

But when Kevin asked Garcia if he knew what the car was, Garcia said he didn’t. He was simply planning to turn the car into an Eleanor (the '67 Mustang from the 2000 Gone in 60 Seconds film) replica.

Kevin suggested that Garcia hold off on any restoration work on the car until it had been inspected, and asked if he could personally carry out that inspection. He met Ralph and the Mustang in a Ford dealership in Mexicali, and checked over the car and rusty bits of the bodywork that had already been cut away in the early stages of its restoration – and all while dozens of people looked on and a Mariachi band played...

It was around this point, March 2017, that Federico Garza, a fellow car restorer, posted pictures of the car on Facebook, and suddenly the word was out! Federico had been helping Ralph set up the unveiling of the car at the Ford dealership, and had Ralph's full approval to post the pictures.

We spoke to Federico about the find, but he explains it in full on the pages of Ponysite.de.

Where had the Bullitt car been?

The story of where the car had been gradually emerged. Max Balchowsky of Old Yeller (the Buick special race car) fame had been commissioned by Warner Brothers to prepare the two Dark Highland Green ’68 Mustangs fastbacks for filming. One car was used by McQueen for most of the filming, and the second car used for the stunts.

Balchowsky wasn’t happy when the two cars were returned to him after filming, saying he didn’t have room for them. Warner Brothers offered to sell him the cars, which he accepted. He then sold the hero car and sent the stunt car to a scrapyard, deeming it beyond economical repair.

It seems that the car escaped the wreckers though, and although it couldn’t be repaired sufficiently well to be licensed for road use in California, it was taken to Mexico. Over the years, it was painted red, and then white, but the salty air of the Baja Peninsula caused heavy corrosion, and it ended up in the back yard of a house in Los Cabos, where it stayed, sat alongside a Mustang coupe.

This is where Hugo Sanchez spotted it, and bought both Mustangs, fastback and coupe, for around $5000. He apparently tried to sell the fastback on again, but no-one was interested. Hugo then contacted Ralph Garcia’s nearby restoration shop to have the two cars made into one Eleanor replica. Ralph is known for his Eleanor replicas, along with customs and restorations.

Ralph realised that the car was an S-code GT, which are generally too desirable to turn into Eleanor conversions, and decided to request a Marti Report – which is when he discovered that this could be the Bullitt car. With this news, Hugo and Ralph made a deal to own 50% each of the car.

Restoration was already underway by the time Kevin inspected the car, and the floorpan and rusty rear valance had both been replaced – but luckily the originals hadn’t been thrown away. The valance in particular was crucial, because it had been damaged and crudely repaired during filming – and the repairs were still clearly visible.

Now the restoration continues, with help from Bullitt Mustang expert Glen Kalmack. A period-correct engine and running gear has been found, and Ralph says that they still have the original interior.

‘The car was going to be built for a customer in Georgia as an Eleanor,’ Ralph told Larry Edsall from ClassicCars.com. ‘But it wasn’t meant to be. It was meant to be for myself and Hugo Sanchez. We’ve been blessed with this Bullitt car. We plan to keep it and restore it back to the way it was from the movie, and from that point we’re going to see what the Lord has to offer us.’

The big reveal of the Bullitt Mustang 'hero' car.

Gallery: Where is the second Bullitt Mustang now?