Best of the historic cars and drivers at Autosport International 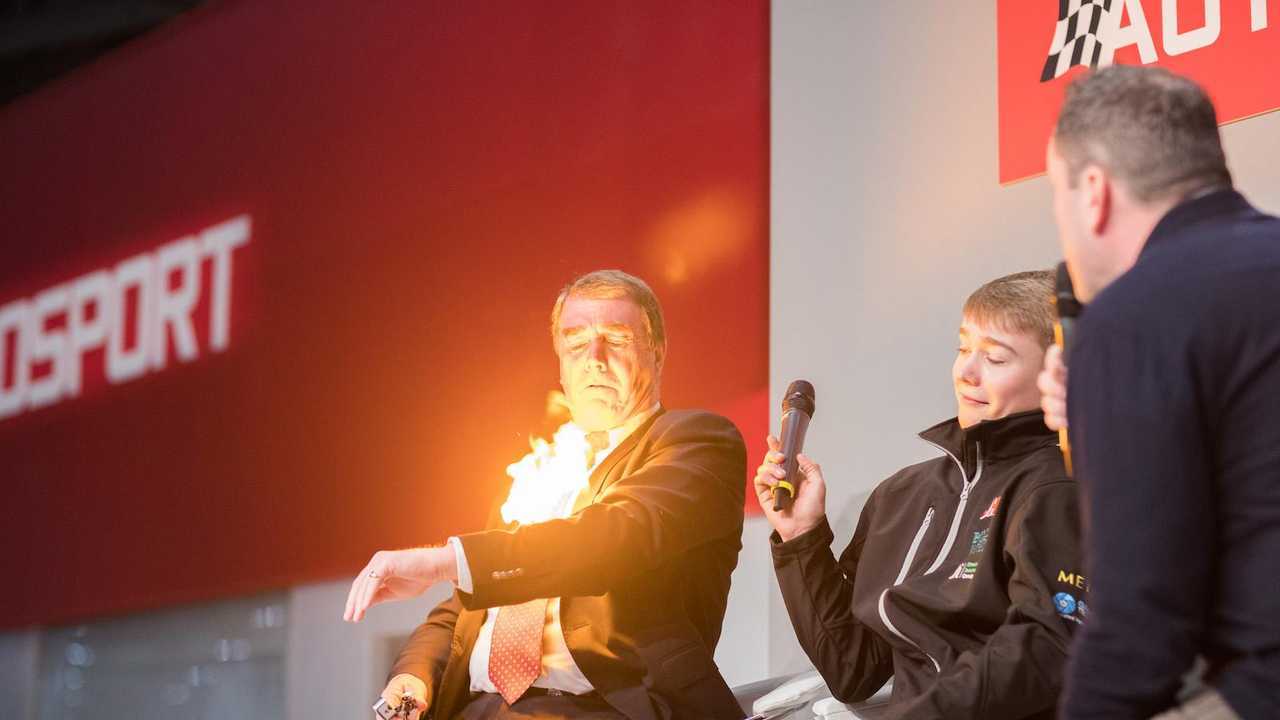 Nigel Mansell sets fire to himself on stage, Howard Donald's Cortina Mk1 race car and 60 years of BTCC and at the weekend's Autosport show

The annual Autosport International Show at the Birmingham National Exhibition Centre marks the start of the motorsport year. Granted Formula E continues over the off-season as a winter series, but it’s the January show that acts as a curtain-raiser.

Last weekend’s ASI built on that hugely with, for the first time, the World Rally Championship swapping Casino Square in Monte Carlo for the mainstage at the NEC to launch its season. New liveries were unveiled and the team bosses and championship hopefuls all lined-up for the media. Billy Monger plus past and current famous drivers guest-starred and Ginetta unveiled its new LMP1 sportscar contender.

For most, the greatest historic element to the show was the guests interviewed on the Autosport Stage. Most notably was Nigel Mansell who in particular played to the audience, unsuccessfully attempted a fiery magic trick and recounted iconic moments from his career, including his dynamic with Ayrton Senna.

The Historic Sports Car Club was also honouring an anniversary with six Formula Junior cars on show and a selection of the series’ former drivers. The formula also celebrates its 60th anniversary in 2018 and kickstarted a year of special events at ASI.

The line-up of cars included a 1958 front-engined Stanguellini, representing the marque that won the first Formula Junior race at Monza in April 1958. And from the short-lived series’ final season was a 1963 ex-Denny Hulme Brabham BT6 – effectively a scaled-down grand prix car.

Ferrari celebrated its 70th year with a collection of race cars, most notably the F2004 F1 car with which Michael Schumacher won his seventh and final title. The marque’s 2017 contender was also on display, as was the revised and more extreme Ferrari FXX K special for Corse Clienti use.

Over 50 lots went up for auction with Coys including a Ferrari F40 built up to LM racing specification and a Mercedes CLK DTM. A Zakspeed Ford Capri was also on display ahead of its running in Group 5 demonstration laps at this year’s 76th Goodwood Members’ Meeting.

Gallery: Best of the historic cars and drivers at Autosport International