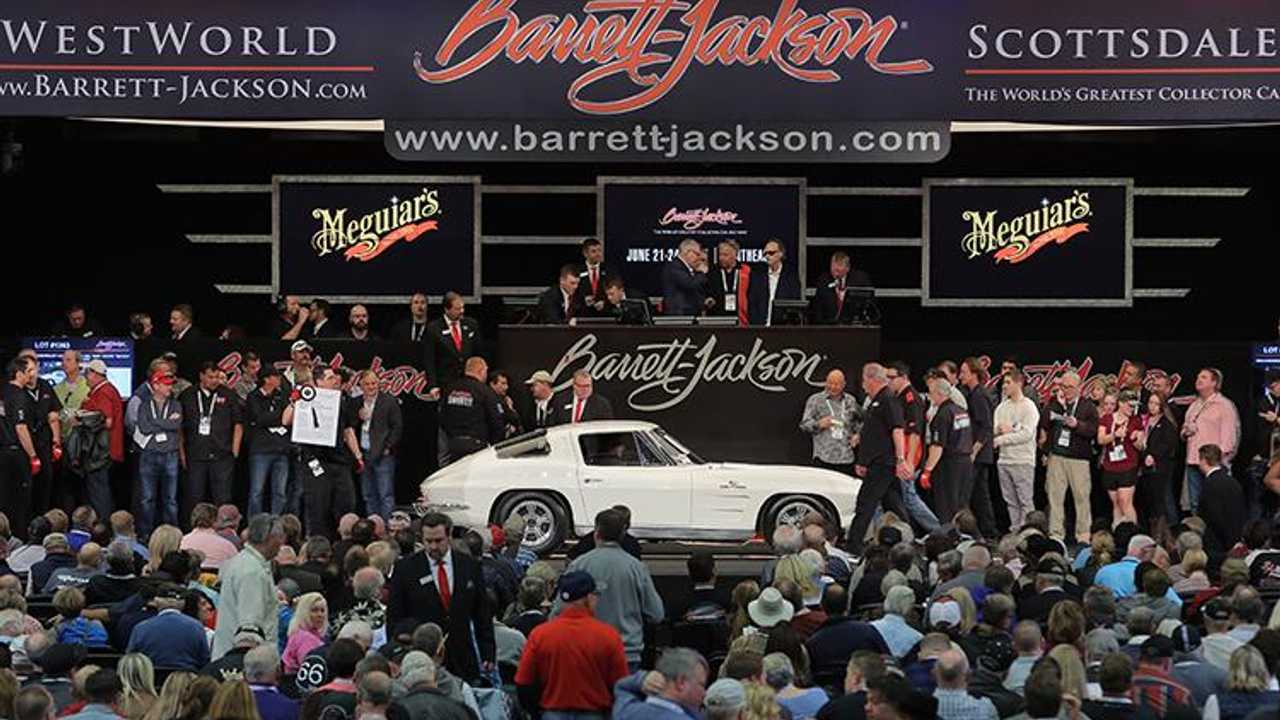 One of the great petrolhead experiences, Arizona Auction Week features thousands of cars going under the hammer. Here's what to see

Scottsdale auction week... there was a time when it was all about muscle cars, and famous tales of potential buyers being 'encouraged' by that age-old combination of beer and voluptuous ladies.

It's moved on, but it's still a circus. A great big, wonderful automotive circus spread across the Arizona desert town of Scottsdale. It's a pleasant enough place, perhaps a little non-descript – but in mid-January it teems with car life. It's sort-of the blue collar version of Monterey week except the muscle cars and pick-ups have been joined by Ferraris, and the emphasis is on buying and selling, not about shows and concours.

The centrepiece is the Barrett-Jackson sale, as it has been for years. The company takes over the huge Westworld showgrounds, and packs out its many, many gargantum marquees and temporary buildings with cars and people. During the course of the week, over 1700 cars pass through the huge auction tent.

At Barrett-Jackson there are almost no set reserves on the cars (only 20 cars have reserves), but with 16,000 people packed into the auction tent – plus thousands viewing the sales on TV worldwide – there's little chance of a car slipping through below its true market value. These sales define the market value. Sellers are given credit based on the expected sale price of their car, so they're free to bid on something new even before their existing car has got even close to the auction block.

The cars head across the auction stage in quickfire succession, but their progress isn't nearly as quickfire as the auctioneers' crazed country sale style. It's bewildering to newcomers but exciting, the constant noise designed to give the impression of a hugely dynamic sale, even when bidding is slow.

Elsewhere, rival auction houses set up home in widely-differing styles across the town. You could spend the week there, and do a different auction house every day. In fact, here's our guide to doing exactly that.

The big one. Nothing will prepare you for the spectacle and scale of the Barrett-Jackson sale. The company has added to its muscle car repertoire with its 'Salon Collection', showcasing top-end coachbuilts, muscle cars and supercars.

This year, the Salon Collection cars, which go through in the important Saturday afternoon slot, include a selection of historic Dodge cars and trucks and a great cutaway Corvette.

In the top-end classic car world, RM Sotheby's dominate. But at Scottsdale it's more of a sideshow, albeit a large, influential sideshow. In 2018 it'll run through around 160 lots, including a line-up referred to as 'A Century of Sports Cars'.

The style is more sedate, more gentlemanly, but the prices will be as strong as the market can support, and the auction room will be packed with the world's biggest car collectors, or their representatives. For record-price sales, RM Sotheby's is usually the place to be.

You'd be forgiven for thinking that Gooding is an English auction company (it's not), given the style of its auctions. They're polite and civilised, and after a spell at Barrett-Jackson you might wonder how any cars could possibly sell.

But sell they do, and though volumes are lower – this year Gooding and Company has around 130 lots catalogued – prices will be razor-sharp, and you can bet that the important collectors will be there. The two important Shelby offerings are expected to fetch sky-high prices.

Bonhams are a major force in the UK but its US sales are often over-shadowed by the home companies. Still it turns up some of the most important cars though, as well as an excellent range of more mid-market offerings.

This year, Bonhams has got several highly significant Porsches on offer, among over 110 lots.

All-American, and finely-tuned into the Scottsdale vibe, having been founded there in 2001, Russo and Steele labels itself as sellers of 'European sports cars, American muscle cars, hot rods and customs', and prides itself on a friendly approach and customer service.

It offers mostly mid-range classics, with plenty of muscle cars, but there are Porsches and Ferraris and even a few rarities this year, such as a Cheetah and an ASA.

Russo and Steele auctions take place at ground level (no stage) in the middle of 360 degree raised seating, so the spectator experience is strong.

Silver is the smallest company at Scottsdale but don't overlook it, because within its 140-odd lots there are some gems. There's also remarkable variety, from a Mitsubishi Silver Pigeon (a 1950s scooter) to a Porsche Boxster, a Bricklin SV-1 to a Hummer H3, etc.

Silver Auctions Arizona is now under new management, having split from founder Mitch Silver. The reformed company runs three auctions a year in Arizona, so this is home territory.

Other attractions in Scottsdale

So you think you'll have time for anything else? Hmm... well, maybe. If you do, then the obvious place to visit is the famous Bondurant Racing School, 50 years old in 2018, and still headed by Le Mans Shelby legend Bob Bondurant.

The school is just the other side of Phoenix, less than an hour away from Scottsdale even given a bit of auction week traffic congestion. Well worth a session if you can get in – if you don't, bear it in mind for an early booking for 2019's Scottsdale auction week.

Fancy a bit of culture instead? Architect Frank Lloyd Wright's Talesin West house – his winter home and teaching base from 1937 until his death in 1959 is just outside Scottsdale, in the desert foothills of the McDowell Mountains, and well worth a visit.

Scottsdale is also known for hiking and cycling excursions, along with adventure sports such as quad-biking. With all that desert and all those mountains surrounding it, and the relatively moderate climate (by Arizona standards) early in the year, it's a good time to be sampling these pastimes.

Scottsdale airport hosts plenty of domestic flights but Phoenix is less than an hour away, with domestic and international flights.

Driving, of course, is the way to get around, and parking is generally easy at the sales. At the bigger ones, shuttle buses take you from car park to sales arena.

There are still hotels available. The nicest area is Old Town Scottsdale, though prices are highest there too. The Gooding sale is based in the Old Town – but Barrett-Jackson is at the other side of town.