Toyota AE86: the magic of the Hachi-Roku 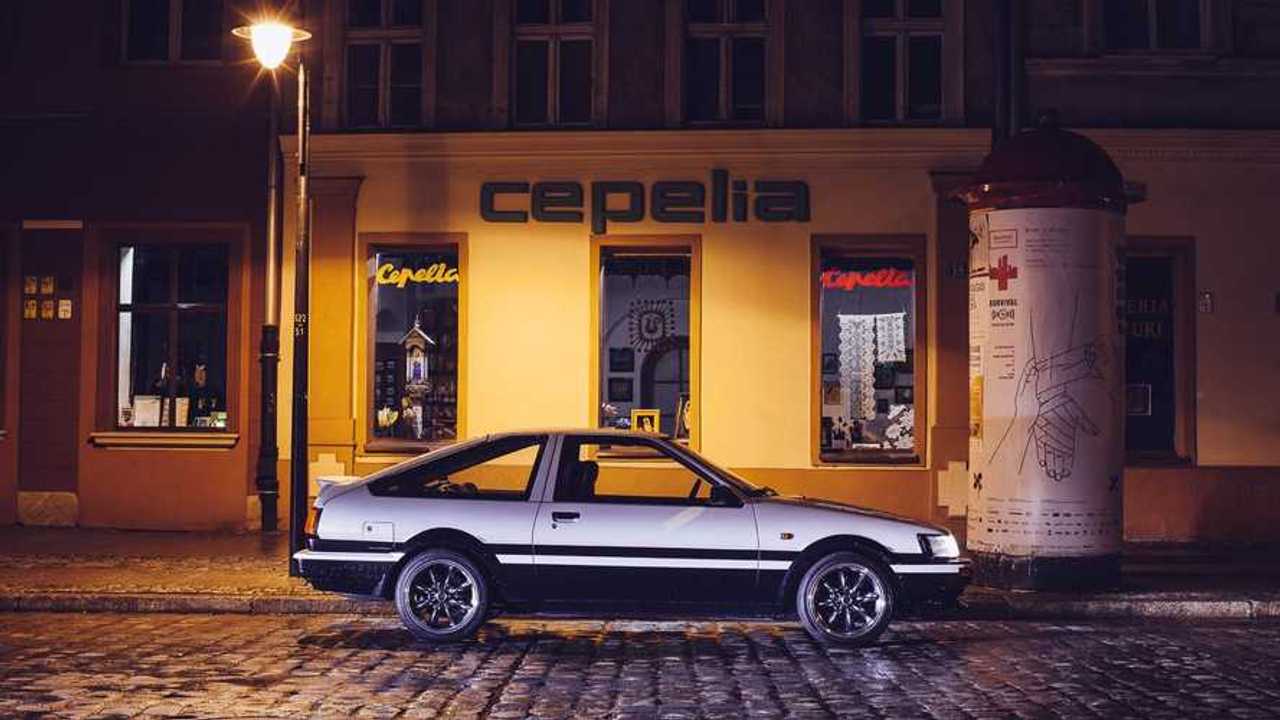 Back when the GT86 appeared, full of hope and promise for Toyota under the leadership of Akio Toyoda, the internet was suddenly overflowing with stories and images of the original AE86 – the car that was said to be the spiritual ancestor of the new coupé.

Time passes quickly. I no longer care that the GT86 has shown itself to be the kind of car that’s liked by enthusiasts and journalists, but actually bought by very few people.

Toyota’s main problem now is that most people assume the brand can’t do ‘naughty’. Well, any company this size can, it’s only a question of will and resources. Toyota proved its skills over many decades, with various rear-wheel-drive Corollas and Celicas, powerful and tuneable Supras and the Celica GT-Four homologation specials. Four-wheel drive, turbo… life was good.

But then came a string of failures; the exclusion of the Toyota WRC team after it was caught cheating, and the bottomless pit that was the manufacturer’s failed Formula 1 team. After that, accountants ran the company, and its adventurous spirit was quashed.

Under Mr Toyoda it has slowly been revived – of which the said GT86, the hybrid WEC racer and the growing Gazoo Racing brand are proof. Still, Mr or Mrs Average never thinks ‘driving fun’ when looking at a contemporary Toyota.

I am old and remember a lot. In my mind, the marvellous, featherweight, rear-wheel-drive Corolla Levin – known to the nerds among us as the AE86 or Hachi-Roku (Eight-Six in Japanese) – is forever associated with the permanently smiling, wrinkled faces of Japan’s legendary racing drivers, especially the Drift King, Keiichi Tsuchiya.

Keiichi’s main weapon has always been the modest AE86 Sprinter Trueno. He has a manga comic-book character named after him, and you can easily find on YouTube tasty examples of this old man beating youngsters, driving his outdated car with gusto and samurai-like precision.

The AE86 was lightweight straight out of the box, and it lent itself gracefully to all forms of tuning, including some very extreme ones. So the car was drifted at outrageous angles on mountain roads, as well as driven extremely cleanly on racetracks. Takumi Fujiwara, the protagonist of the cult manga graphic novel Initial D delivers tofu in such a car. The AE85 and 86 models have grown a faithful following, and their prices only go up.

We are not in Japan, but it’s dark, and the rain gives the city of Wroclaw in Poland an eerie yellowish glow in the light of the sodium streetlights. It’s an ideal hunting ground for Japan’s most important sports car. Wroclaw is one of my favourite European cities.

Up to 1945 Wroclaw was located in Germany, under the name of Breslau. Poland got it because Stalin persuaded Roosevelt and Churchill in Yalta to let him take over all of Eastern Poland, and to give the Poles a smaller chunk of Germany as compensation. It’s a fantastic place, with 25 islands and more than 130 bridges of various sizes. Some streets are preserved with their original slippery cobblestones intact – and when it rains, you don’t need a lot of power to drift.

Just over 900kg, only 130 horses and a limited-slip diff, plus more steering precision than you might find in a recent Ferrari – the AE86 is that good. Not lowered, not ‘improved’, perfectly original and exquisitely balanced. It was restored by the Toyota import company in Poland, using only original parts from Japan.

New cars often pretend to be precise, but their case falls apart when they’re pushed. Not this thing; you can deliver tofu on time, every time. Cars such as this one are no longer made. If they were, the computer-game generation would decimate itself in no time at all.

Zero driver assistance, no rubbery feeling in the controls, no electronic nannies… just action-reaction. Pure Newtonian physics. A driving experience as raw as a sliver of abalone in a piece of sushi, as exciting as fresh wasabi, and as refreshing as a slice of marinated ginger.

I can now see why the old Japanese champions liked those ‘touge’ races on mountain passes or on the slopes of Mount Fuji. Racing uphill requires power. Racing downhill requires bravery and skill, and also a predictable, friendly car – which this one is, through and through.

Prior to this wet night in Wroclaw, I have never driven a Hachi-Roku, but I feel at home right away. No, strike that, I feel better than at home. Domestic appliances, door handles, pieces of furniture… they never work in this delicately balanced way.

The thin roof pillars, huge windows and angular bodywork all contribute to the ease with which I can place this car on the road, in a corner, choosing where I want each tyre to touch the ground. Getting the line through a bend just right is as easy as taking candy from a baby; there is no power steering, but there is no need for it. Why would anyone want to dilute the experience? If your arms aren’t strong enough to turn the wheel at parking speeds, well, public transport is the right choice for you.

Ultimate power is not this engine’s strongest point, but tractability and enormously spontaneous throttle reactions are. Modern motors, mapped to satisfy Brussels, are no longer capable of this trick. I immediately realise that the worst part of driving this model is giving it back: my ‘normal’ car will certainly feel badly broken in comparison.

The short marriage between Colin Chapman’s Lotus and Toyota had potential – lots of it. The Japanese did not have to be taught about lightness or harmony, but they could have shown Lotus a thing or two about quality control or reliability...

Saying goodbye to this car, I reflect again on the old Toyota’s marque pedigree. Pity it has disappeared with time. I pat the little Hachi-Roku on the roof, disturbing the droplets of rain that cover its immaculate paint.

Toyota needs to rediscover itself in the same way that so many global brands already have – through their legacy. There is nothing to be ashamed of, and the Toyotas of the 1970s and ’80s are truly original and captivating in their design and character. It was the most creative period in Japanese automotive history, when the industry finally strove for stylistic independence. Honda has already realised that, and proceeded to test the waters with its EV concepts at the latest Tokyo Motor Show. To move forward, Toyota first has to look back.