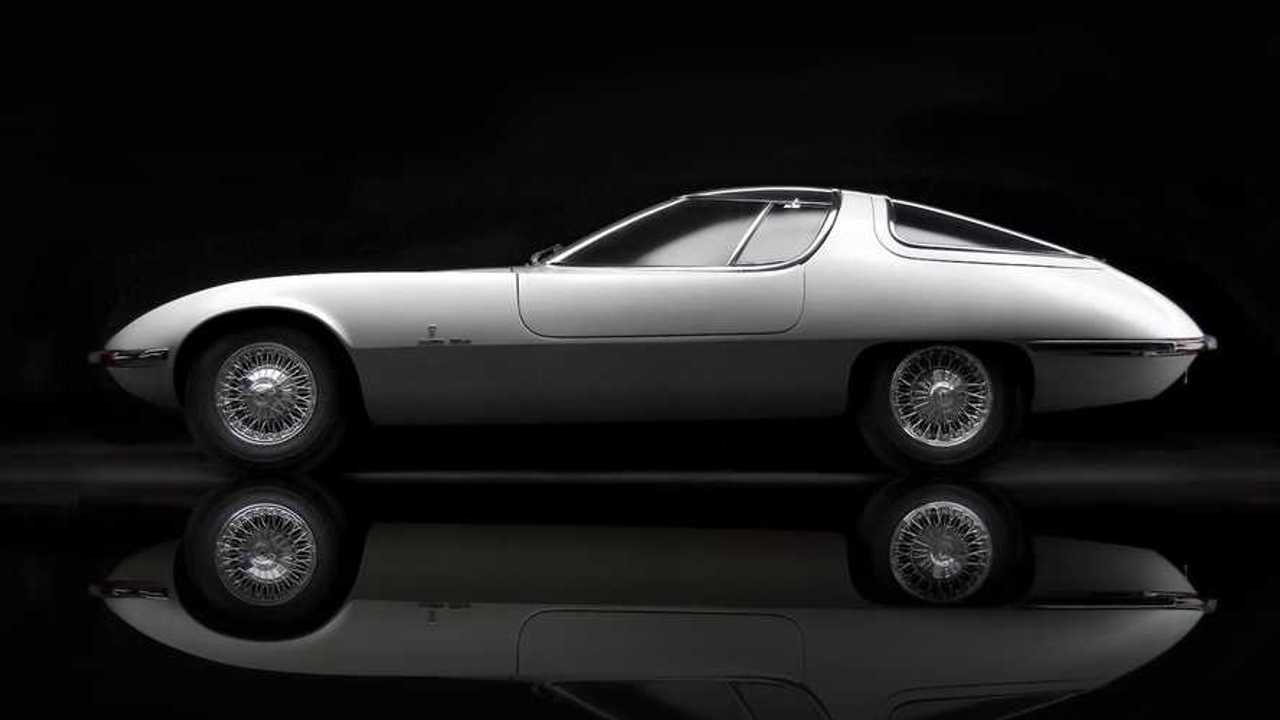 Visions of the future that have already passed into history. Some are a touch mind-boggling (what were they thinking!) but some are simply awesome

The Berlina Aerodinamica Technica Alfas – or BAT cars for short – were designed by Bertone’s Franco Scaglione. The Florentine’s interest in streamlining resulted in a trio of design studies, which kicked-off with the Alfa 1900-based BAT 5 in 1953. It was followed by the BAT 7 a year later and BAT 9 in ’55. This was heady stuff for the period with the first BAT Alfa boasting a drag coefficient of just 0.23cd. All three Alfas were road-legal and tested extensively and, while too radical to enter production, they inspired the gorgeous, Scaglione-penned Giulietta Sprint Speciale which did.

AutoFact: The BAT11 – purportedly based on an Alfa 8C Competitzione chassis – broke cover in 2008.

In the late 1970s, Pininfarina was contracted by Jaguar to facelift the XJ6/12. This car, however, wasn’t built at Jaguar’s behest but Pininfarina took a flyer anyway in the hope that it would be adopted for production. Jaguar went so far as to donate an XJ-S development hack, which was shipped over to Turin where it was comprehensively filleted until all that remained was the bare floorpan. Under the direction of Lorenzo Ramaciotti, the new body was formed from metal and aluminium. Unveiled at the 1978 British Motor Show in Birmingham, the XJ Spider captivated. Nevertheless, it remained unique, tragically.

AutoFact: Pininfarina later customised a batch of XJ220s for the Sultan of Brunei.

Technically speaking, this was a coachbuilt one-off rather than a concept queen per se, but the FZ93 was also a show car. Built by Zagato at the behest of Roberto Tonali, it was styled by Ercole Spada and looked nothing like its Testarossa donor car. Up front, the FZ93’s pointy snout and air intakes mimicked the contemporary nosecone and wing outline first trumpeted on the Tyrrell 019 F1 car. Launched at the ’93 Geneva motor show, it was met with hostility by just about everyone. Fast forward 20 years, and its styling cues have since been cribbed by just about everyone.

AutoFact: Zagato bodied its first Ferrari as far back as 1949.

Concept cars, by definition, are meant to forecast future design trends. That was undeniably the intention of this aerodynamic styling studio. The Ford Sierra was already signed off, this Uwe Bahnsen/Patrick le Quément coproduction featuring extensively in Ford’s advertising after it was unveiled at the September 1981 Frankfurt Motor Show. Boasting a drag coefficient of just 0.22cd, and painted in a rather nasty shade of gold, it wowed punters and the media alike.

AutoFact: Ford followed through later that decade with the Probe IV which was even wilder, not that it led anywhere.

In many ways, the Testudo was among the most important concept cars to emerge during the ’60s. Based upon a shortened Chevrolet Corvair platform, it marked the emergence of Giorgetto Giugiaro as a trendsetter. The name, a literal translation meaning ‘turtle’, was chosen to symbolise the design theme: a sharp crease ran down each flank, dividing the body, while the ‘bubble roof’ canopy hinged forward for access to the cabin. Work on this brave new world began in January 1963 and it was completed in time for March’s Geneva Motor Show. Giugiaro drove it there.

One to be filed under ‘if only’. Styled by Moray Callum, whose brother Ian would reinvent Aston Martin’s design language with the DB7, this would-be super-saloon broke cover at the 1993 Geneva Motor Show. Parent company Ford was keen to boost Aston Martin, and considered its sister brand Lagonda a good fit for expanding its reach as it looked to increase production. A 5.9-litre V12 was mooted should the Vignale have entered production. However, the project was axed after just two show cars had been completed. A third example was later made at vast expense for the Sultan of Brunei.

GM’s Harley Earl is often cited as being the founding father of car design, for no other reason than he established the first proper styling department. However, Earl and his group of starry-eyed futurists went for broke with this wild flight of fantasy, which broke cover at the 1953 Detroit Motorama. Inspired by jet fighter aircraft of the day, and powered by a Whirlfire Turbo Power GT gas turbine, it was tested at the Indianapolis Motor Speedway by multiple Indy 500 winner Mauri Rose. In true aircraft style, its ailerons were fully-functional and could be used as an air brake.

This flight of fantasy was essentially a road-going manifestation of an Indy 500 racer if you believed the PR blurb. It prompted jaws to slacken in unison when unveiled at the 1996 Detroit Auto Show, and with good reason. Basis for the car was a specially-designed central monocoque formed of lightweight carbon-fibre and aluminium honeycomb composites. It was a hugely labour-intensive, one-piece structure manufactured by racing car constructor Reynard Motorsport. Power came courtesy of a quad-cam, six-litre V12 mounted amidships. This unit was essentially two Duratec V6s (as used in the Ford Taurus and Mercury Sable) mated together.

AutoFact: Two cars were made, but only one was drivable (it was known as the IndiGo…).

The central conceit for the 1978 show car was to promote new ideas – primarily the integration of a car’s glasshouse with a regular steel body. Essentially, there would, in Bertone speak, be: ‘A single sculpture with no dividing lines’. Basis for this oddity was a Lancia Stratos, stretched by 3.9 inches, the body being entirely hand-formed from steel. Bertone almost came unstuck after long-time collaborator and glazing firm Glaverbel failed to come through. Instead, it was forced to use tinted plastic panels which were then glued into shallow grooves in the ’shell. The joints were then filled flush with elasticated sealant.

The brainchild of Father Alfred A. Juliano, construction of this monstrosity was ‘sponsored’ by his congregation in Branford, Connecticut. Some 18ft long, and bodied in glassfibre, the car took three years to build. It featured all manner of safety features, not least a roll cage, padded dashboard, side impact bars and a deformable steering column. Other novelties included a plastic ‘astrodome’ roof, and air jacks. There were, however, one or two ‘issues’. Not least, the prototype was based on a tired 1953 Buick of indeterminate origin. It broke down 15 times on the journey to its big reveal in 1957.

AutoFact: Juliano was later held accountable by the Catholic Church for misappropriation of funds.