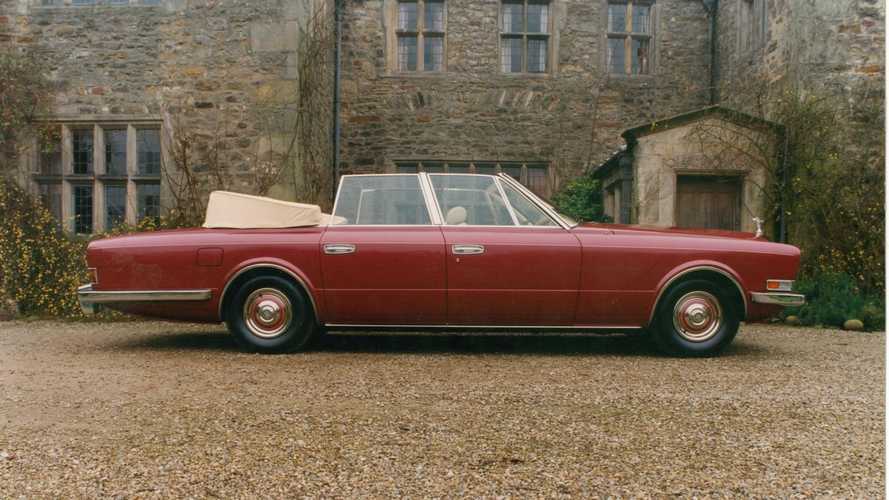 Rolls-Royce has made some of the finest cars the world has ever seen. We weigh up ten of the best

Introduced in 1907, the Rolls-Royce 40/50hp was simply the finest car offered on sale anywhere. The 12th car made had its coachwork finished in aluminium paint and was swiftly dubbed the Silver Ghost. The name was subsequently adopted as an official designation with outside coachbuilders only adding to the legend with striking outlines that mirrored the inherent technical excellence. The model’s reliability was exemplary: in 1907, one example was driven for 40 days and nights over a distance of 14,371 miles. In 1913 the Silver Ghost dominated the Alpine Trial and won the Spanish Grand Prix, which only added to its lustre.

AutoFact: The Rolls-Royce tagline ‘The best car in the world’ was actually coined by The Autocar in 1907

Conceived as a replacement for the Silver Ghost, the original Phantom (or New Phantom as it was first dubbed) raised the bar for luxury transport in the 1920s. Powered by a new pushrod 7.7-litre straight-six which produced ‘sufficient’ power, the model was built in Crewe and also in Springfield, Massachusetts (American-built Phantoms differed slightly in wheelbase). Cars constructed in Britain were sold as rolling chassis to be clothed by an outside coachbuilder. However, US-made cars could be ordered with bodywork by Brewster & Co, which was then owned by Rolls-Royce. Some 2296 cars were made to 1931.

AutoFact: It was replaced by the Phantom II, the firm’s first truly new product since the Silver Ghost.

Arriving in 1949, and initially only offered for overseas markets, the Silver Dawn represented a major change of emphasis for Rolls-Royce. It was the firm’s first mainstream (all things being relative) model, and one aimed at owner-drivers rather than those ferried about by chauffeurs. It was also the first model to be offered with a body made in-house, sharing its outline with the sister Bentley MkVI. Powering this ‘compact’ Rolls was a 4257cc (4566cc from ’51) straight-six allied to either a four-speed manual or an auto gearbox. UK sales didn’t begin until late 1953, with production ending two years later. 761 were made.

AutoFact: Motor magazine recorded a top speed of 94mph for the model in 1954.

Rolls-Royce Motors once maintained that it made the finest cars in the world. However, by the early 1960s, its products were losing the technical arms race to overseas rivals. Nonetheless, the Crewe firm responded to foreign threats by releasing its first-ever volume product in 1965. The Silver Shadow was equipped with an all-aluminium 6.2-litre (later 6.7-litre) V8, the car’s most striking feature was its hydraulic self-levelling suspension, which afforded a cossetting ride quality. Styled in-house by Bill Allen, the Silver Shadow proved popular in overseas markets, with more than 38,000 being made (including Bentley-badged models) to the end in 1980.

AutoFact: During its 15-year production run, more than 2000 revisions were incorporated.

TV great Gerry Anderson was nothing if not persuasive. Of all his many achievements, few were more impressive than his marionette action show Thunderbirds. However, you could argue that his greatest coup was persuading Rolls-Royce to allow the use the name, radiator grille design and Spirit of Ecstasy mascot for one of the programme’s star cars. The thing is, it was less impressed when a full-scale, 20ft-long ‘FAB1’ was constructed for promotional purposes. It was built by top props man John Mitchell, and based on a Bedford Duple chassis. Rolls-Royce demanded all references to its trademark be removed.

AutoFact: A second car was reputedly made several years later on a modified Silver Spirit chassis.

Built from 1968-1990, the Phantom VI was essentially a variation on the prior Phantom V, complete with coachwork by Mulliner Park Ward, and a 6250cc (6750cc from ’78) V8 as found in the Silver Shadow. It was also the last Rolls-Royce to feature a separate body and chassis. Most cars featured stately limousine coachwork, although a few landaulets were also built (some were non-factory-sanctioned ‘chops’, mind). A pair of two-door convertibles was also made, one of them going to Sophia Loren. There was even a hearse based on a car bought new by controversial tycoon Rowland ‘Tiny’ Roland.

AutoFact: Robert Jankel was also once tasked with inserting a 24-litre Rover Meteor V12 into a Phantom V1 but the work never started.

This 16-years-in-the-making leviathan endured a troubled gestation. Commissioned by a moneyed Swiss, and based on a Phantom VI chassis, Pietro Frua was originally employed to style and build this one-off confection. Work began in Italy in 1977, but the 21ft-long car was completed by British restorer David Royle in the early ’90s for a Swedish businessman who had acquired the incomplete car in 1983. Borrowing styling cues from an earlier two-door Frua Phantom, there was more than a faint hint of FAB1 about the Drophead Coupé’s angular lines, with Royle conceiving a new, super-plush interior.

AutoFact: A messy legal battle ensued between Royle and his Swedish customer over payment.

The Camargue was the first post-war Rolls-Royce not designed in-house, a degree of interference between the Italians at Pininfarina and the men from Crewe ensuring that it didn’t look anywhere near as pretty as Paolo Martin’s original renderings. Beneath the skin, it was underpinned by the Shadow’s platform, and powered by the same 6.7-litre V8. Launched in the UK in March 1975, the Camargue cost an egregious £29,250 including taxes, which made it the most expensive production car then on sale. Nevertheless, some 530 cars were still shifted over an 11-year period, with the majority heading to warmer climes.

AutoFact: The most recent Pininfarina Rolls-Royce was the one-off Hyperion built in 2008.

Launched in 1980, the Silver Spirit picked up from where the Silver Shadow left off, being effectively the same car but with a new suit. The square-rigged styling had just the faintest aroma of Nissan Laurel about it but, nonetheless, it had – and has – its fans. Updates from 1989 included an alleged power hike, fuel-injection, anti-lock brakes and a cabin makeover. The Silver Spur was a long-wheelbase version, which outlived the SWB car on which it was based. In 1994, the Flying Spur joined the range, complete with forced-induction. Just 134 were made and the model remains largely overlooked today.

These days, it’s difficult to comprehend the furore caused by the latest strain of Phantom after it was released in 2003. The first model to be designed and built under BMW ownership, this V12 monster was also the first R-R engine in living memory to come with a quoted power output (454bhp rather than ‘adequate’). But the real shock was the Marek Djordjevic-styled outline. To some arbiters of beauty, it was the greatest thing ever. To others, the front end was reminiscent of a Peterbilt truck that had shrunk in the wash (but only by a little).

AutoFact: An all-electric version was built which worked brilliantly but it remained unique.