Top 10 groundbreaking driving games to play before you die 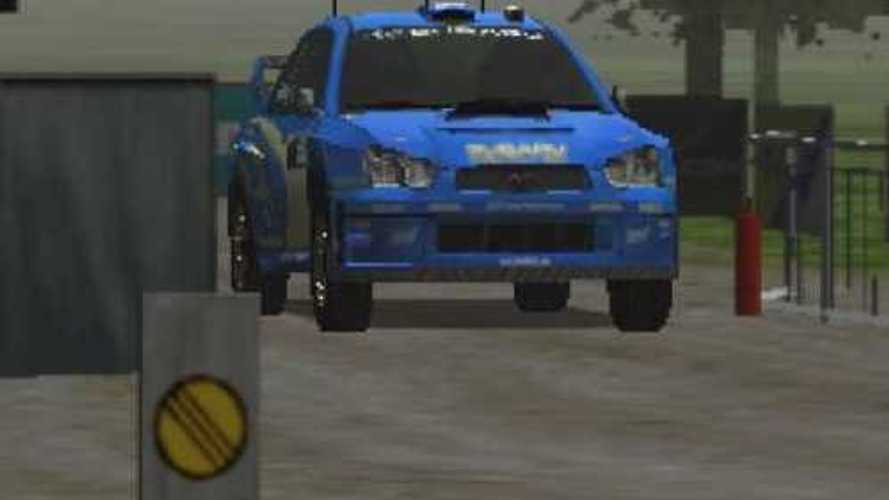 AutoClassics count down the ten most innovative driving games ever to grace our videogame consoles. Is your favourite in here? And which one is top of the leader board and which one is doomed to obscurity?

There is now an entire generation of petrolhead who discovered a passion for cars, not from riding around in their father’s Jaguar or attending car shows in muddy fields, but instead from staying at home with a controller in hand – racing Lamborghinis and Bugattis around Le Mans or sliding a 3D-hairpin in a Subaru Impreza; all on their parent’s TV screen.

Over the past four decades, a huge number of driving games have arrived on the scene. Many were slack-jawed disasters, but some took players to the edge and left us desperate for more. It’s that exclusive group of revolutionary driving game that we are delving into, celebrating the elite titles that pushed the genre forward, and taking a look at one that got everything wrong – missing the point so spectacularly that its mere mention sends seasoned gamers into an enraged seizure.

If you’ve ever aspired to play the role of The Daily Mail’s worst enemy, then Grand Theft Auto offered ample reason to upset the curtain twitchers. From the four-wheeled acts of anarchy to blood thirsty armed rampages and the Tarantino-busting plot devices, Grand Theft Auto ushered in a new age of driving game and a more overtly adult approach to gaming in general.

While the birds-eye view of a 2D universe wasn’t in keeping with the latest 3D advances of the time – in fact it looked more alike to role-playing games from the previous generation of consoles – the content was fresh, funny and utterly addictive. While crime was at its heart, cars and car culture were essential to the game’s success. It’s the only time you can purposefully aim for pedestrians with your convertible and not end up behind bars. Well, unless your name is Lindsay Lohan.

The premise is ultimately simple. Control your car, traverse the racetrack and avoid the other driver hot on your tail. Except, where this game was superior to its rivals was in the execution – utilising a 60in screen, projector and booth, it was one of the first ventures of its kind.

The impressive unit managed to veil the simplistic set up – the nose of the car and the controls remained fixed but the screen projected the road ahead, which rolled out in front of you. The first and only projection game released by Atari, F1 was not only unique at the time, but also a major commercial success. However, soon ‘pixel’ games improved beyond the possibilities of mechanical games, rendering them obsolete. F1’s spirit endures with various arcade games still adopting a booth and screen approach, making F1 the forerunner to cult-classics such as Poll Position, Sega Rally and Daytona USA.

AutoFact: George A. Romero was a fan, with characters playing this game during his 1978 film Dawn of the Dead.

8. The Need For Speed

Before The Need For Speed, which is not actually about drugs, racing games were, in the main, arcade affairs and with physics, graphics and collisions that were about as realistic as Katie Hopkins' face. NFS changed all that, allowing gamers to gain first-hand experience of real supercars without the awkward problem of convincing showroom salesmen that you really were authentic millionaire Esso BP McShell.

It introduced traffic and police chases to the gaming makeup and left you with the impression you really were involved. It was so immersive that a later version – NFS: High Stakes – allowed you to be chased by British police officers only without the subsequent arrest, trial, bankruptcy and ultimate divorce from you wife and – more importantly – your car. The franchise is still going – the 23rd title in the series was released in November 2017. It even spawned a motion picture in 2014 staring Aaron Paul, although the less said about that the better.

AutoFact: Electronic Arts teamed up with US car magazine Road & Track to simulate vehicle behaviour, including capturing the sound of each vehicle’s controls.

Incorporating a truly great storyline told via 40 assignments, inspired by 1970s car chase movies, Driver combined real-world style physics, original graphics and lifelike driving styles – yet allowed you to indulge your inner 70s cop drama persona with tail-out, tyre-screeching madness around the beautifully realised streets of various iconic American cities. Advancing the formula of exploration first seen in Grand Theft Auto, an arcade style ran deep within but the driving and motion control was unlike anything that preceded it.

The mini games unlocked through gameplay also struck a chord, with ‘Survival’ – staying alive as long as possible in a flurry of police cars – topping the bill for sheer lunacy in car form.

By the time 1998 rolled around, the sheer number of driving games launched for the original Playstation left gamers spoiled for choice. For an automotive videogame to stick out from the crowd it was going to have to be something fresh and special. And the original Colin McRae Rally was just that.

With tracks ranging from the Australian outback to killer Swedish snow trials, Colin McRae Rally’s unique set-up meant that ice and sand proved to be a real challenge, ensuring you would only succeed if you practised, developed skill and gained knowledge about each track’s novice-catching traps. The fact that you had to gain Colin McRae’s approval through his preparation programme on the training levels made each accomplishment all the sweeter.

AutoFact: If you get lost during one Australian level, aliens will abduct your car before returning you to the track, at which point you’ll find that you're now made of jelly.

It seems that good bike racing games for the early gaming consoles were few and far between. Except Road Rash took things a bit differently, in applying a heavy dollop of Mad Max chaos to the proceedings. Like Super Mario Kart on TCP, you can hang off the side of your motorbike with weapons to slow your opponent down. ‘Sidecar mode’ allowed a two-player team effort, with one focusing on the track and the second player tasked with causing as much injury to other riders as possible. A happy game for all the family, then. The Road Rash series didn’t arrive on other platforms until 1998, with the title exclusivity available only on the Sega Genesis. This instalment called an end to the franchise, although there have been various attempts to bring the title back.

AutoFact: Jailbreak featured licensed music from Celldweller, The Suburban Vamps and The Ziggins.

The first Toca Touring Cars signified a watershed moment for console racing games, being the first time the British Touring Car Championship had featured in a software title since Saloon Cars Deluxe in 1992. This time, however, the cars were accurately modelled with lasers and the tracks used ordinance survey maps to capture the real-world circuits in perfect detail. The handling was suitably difficult and the races were full-length simulations often lasting a thumb-cripplingly painful 22 laps. It was so realistic (at the time, at least) ex-F1 racer Gianni Morbidelli used Toca to learn the tracks when he drove for Volvo in the 1998 British Touring Car Championship. Later versions of the game allowed you to drive Australian V8 Supercars and the DTM.

AutoTrivia: Tiff Needell provided a voiceover for the game, of which his sweary rant about reading the script can be found with a cheat code.

Released for the Commodore Amiga and Sega Mega-CD, the game based on the infamous Jaguar was ultimately more successful than the actual car – and for good reason. While the XJ220 was a disappointment to many, the game bearing the car's name was radical and innovative in a time when driving games were all feeling a bit too similar. It even featured a track editor where you could build your own race circuit. A complete novelty when first on the market.

The championship took you across 12 countries, with rivals lashing a host of drool-worthy supercars from the early 1990s – including the Ferrari F40 and the Bugatti EB110. The gameplay was admired for being highly intuitive while the detailing set it far above rival racing games. It was even deemed the ‘essential purchase’ of the year by various gaming publications.

It took 15 people five years to complete Gran Turismo. In an interview with Kazunori Yamauchi, the main developer, he said ‘I would wake up at work, go to sleep at work. It was getting cold, so I knew it must be winter.’ He and his team's hard work paid off however, with a game praised by critics that set the tone for racing games to this day. Utilising 75% of the PlayStation's performance, Gran Turismo offered a complete racing package never seen before with a wide selection of cars and tracks, award-winning graphics, licensed music and different levels of drivers’ licences to apply for different events. Prize money was awarded to tune and purchase new cars. To this day, Gran Turismo remains the best-selling title in the original PlayStation’s history.

AutoFact: Kazunori Yamauchi estimates he was home for only four days a year throughout the game's five-year development.

Guns! Driving! Gore! Scandal! No, we aren’t talking about a weekend with the Manson Family, we’re on about Turbo Esprit for the ZX Spectrum, Amstrad CPC and Commodore 64. A true groundbreaker, this game was so advanced for its time that all other driving games appeared to be made out of cardboard. The object of the game is to stop drug-peddling gang members delivering heroin, by tracking them down and killing them, or ramming them until they surrender. You are basically an unlicensed James Bond – but the game had so much more to it than that.

The game featured four free-roam cities to explore, long before Grand Theft Auto. Computer controlled cars follow road rules and stop at pedestrian crossings or traffic lights. Collision with these vehicles or failure to follow the rules results in penalties, many years before Driver was praised for doing the same. For a dose of reality, you could run out of fuel and had to stop for petrol. Your Lotus even had brake and indicator lights – which blew minds when first played. Credited with being detailed, completely absorbing and original, if you are hunting back to find the driving game that changed everything, you’ll want a copy of Turbo Esprit.

And at the other end of the scale:

The worst game? There are titles that fail to work, and there are those where the graphics are terrible. Some have physics seemingly crafted by children. However, very few actually combine all of these elements in one game. Except this one.

Tommi Makinen may have trounced Colin McRae in the real World Rally Championship but in the virtual realm it was the Scot who came out top. That’s because Tommi Makinen Rally, released in the same year as Colin’s opus, was utter tripe. Cars had about as much resemblance to the real things as I do to a lawnmower, the scenery was seemingly drawn with an Etch A Sketch and the handling was about as nuanced as a Glasweigan kiss. To make matters worse, your progress was narrated by Tommi Makinen. Great rally driver he may be, but enlivening orator he is not, to the point that his Norweigan lilt can turn any mild-mannered gamer into a joypad-chewing nutcase within a few corners. In its defence, it did have a track-building mode, but that was a bit like being told you can design your own playpark in hell.