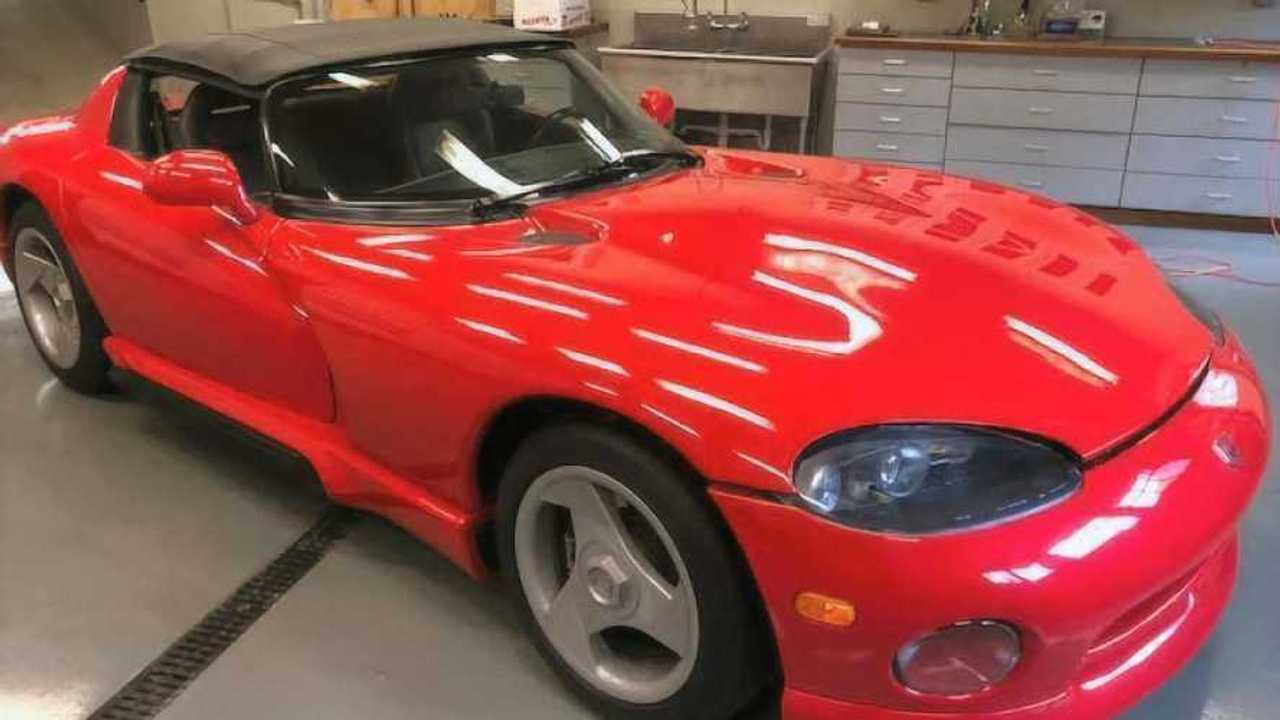 It’s one of 183 pre-production models that Dodge built.

If 2020 was the Year of the Viper, then early indicators show 2021 could be even bigger. Last year, used first-generation Dodge Viper models began receiving the love they've longed deserved. Prices on the used market have started to climb, with Lee Iacocca's own 1992 Viper RT/10 selling for a cool $285,000 last year. Another early example is for sale, though it's even more unique as it's a handmade pre-production model.

The listing at GTToyz.com says the car is one of only 183 pre-production models Dodge made in 1992 and that it's never been titled, which technically makes it new. However, its pre-production status might hinder its legal roadworthiness in some states, so be cautious if you're looking to add it to your garage. According to the listing, the Viper is in superb condition, with zero paint blemishes. The Viper features no dings or dents, and there's no previous collision damage.

The windshield, tires, battery, and brakes are in great condition, along with the gray leather and plastic interior, which looks incredibly dated. However, no one buys a first-gen Viper for its creature comforts. The car is all about power, and this pre-pro model packs Dodge's monstrous 8.0-liter V10 under the hood, which is paired with a six-speed manual gearbox pumping power to the rear wheels. In 1992, the stock mill produced a then-potent 400 horsepower (298 kilowatts) and 450 pound-feet (610 Newton-meters) of torque.

The seller is asking for a hefty price for the Viper – $249,999. That's steep, though not the most expensive Viper we've seen. It has 4,177 miles on the odometer and comes with a spare key, a set of new tires, and a mini spare. The tires that are on the car have about 75 percent of their tread life left. First-gen Dodge Viper prices have only been increasing, and it's doubtful they'll slow anytime soon.