Volkswagen Looks Back At Starting Beetle Production 75 Years Ago 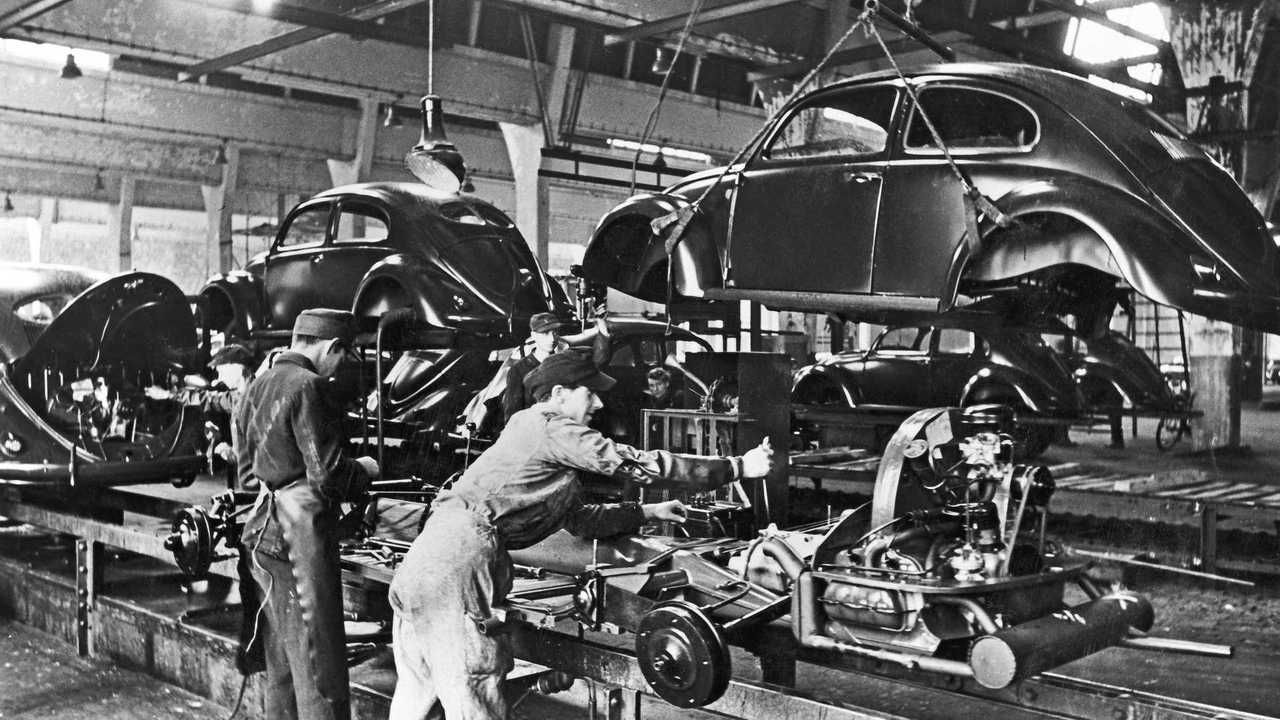 What started as a “prestige project” of the National Socialists before World War II later became the Volkswagen Type 1, the production of which started on December 27, 1945, after the trusteeship over Volkswagenwerk GmbH was assumed by the British Military Government in June 1945. The company’s factory was largely destroyed during the war but an order from the British Military Government for 20,000 vehicles in August 1945 basically guaranteed the future of the facility. This is how the legendary Beetle was born.

In a new press release, Volkswagen takes a look back at the birth of the Beetle 75 years ago. The world’s second best-selling automotive nameplate in history started its life in December 1945 when a total of 55 examples were manufactured before production was boosted in 1946 to approximately 1,000 units per month. That was not enough to fulfill the order quota initially but production was hampered by raw material and energy supply bottlenecks.

In 1947, Volkswagen established a sales and after-sales service system and began to export the Beetle outside Germany, focussing mainly on sales to the general public. In 1949, the former Opel manager Heinz Nordhoff was appointed director of the manufacturing site with production increasing dramatically over the next decade. The one-millionth car came off the assembly line in 1955, 10 years after production of the civilian Type 1 started

The rest, as they say, is a history with the Beetle becoming the best-selling car around the globe for a long period of time until the Toyota Corolla took the crown. Volkswagen only discontinued production of the VW Beetle in Mexico in 2003, after 21,529,464 vehicles had been manufactured, including about 15.8 million in Germany.