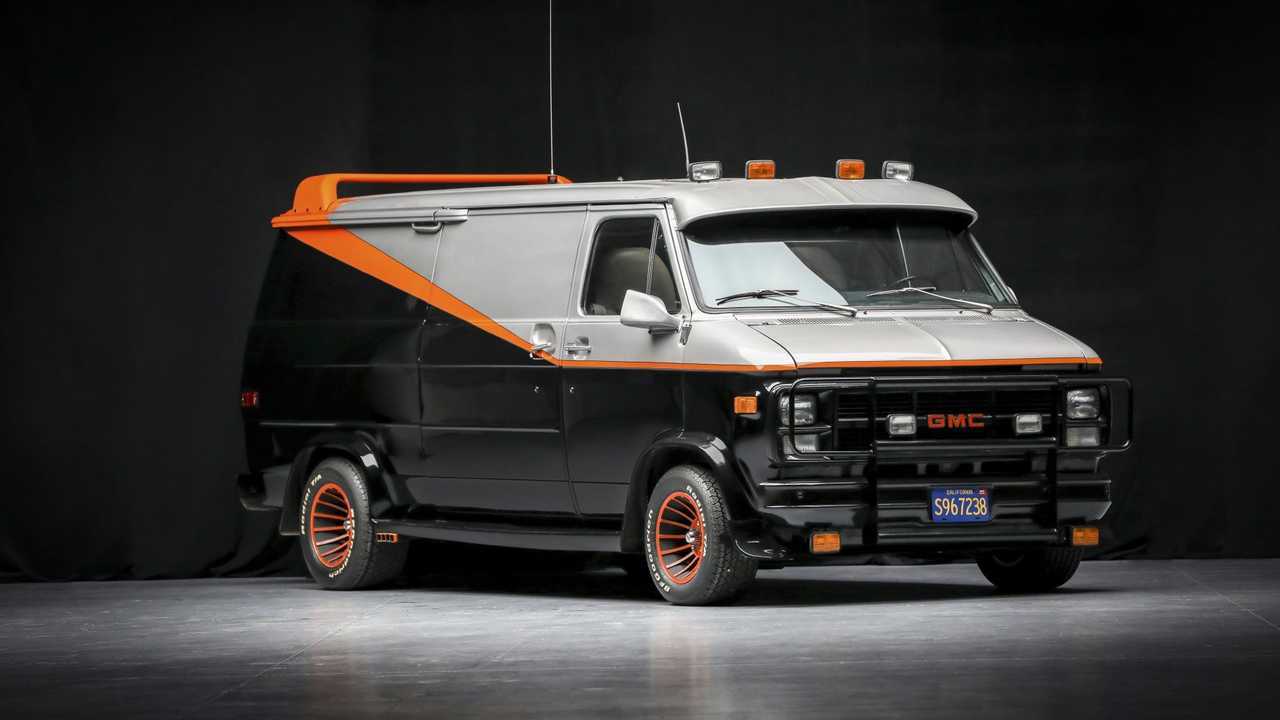 It crosses the block with Worldwide Auctioneers in January.

Go ahead and say it. You know you want to say it. Never mind, we'll do it. I pity the fool that doesn't buy this A-Team van. The two-tone black-and-gray GMC with the red stripe, roof spoiler, and grille guard is one of the most iconic television cars of them all. It's often imitated on other vans, but this isn't an imitation. It's one of six officially licensed vans by Universal Studios, and yes, it crosses the auction block next month.

Worldwide Auctioneers will sell this van at what would normally be its Scottsdale, Arizona auction on January 23. It's still billed as the Scottsdale auction, but it's taking place both live and remotely at the company's home location in Auburn, Indiana. The venue for the sale isn't the only name-game taking place here, because you'll notice the auction lists this as a 1979 Chevrolet A-Team van. A quick look at the van's VIN confirms it is a Chevrolet vehicle wearing GMC branding, which is one of many interesting quirks about this classic machine.

According to the auction listing, Universal Studios officially licensed six A-Team vans back in the day to promote the hour-long TV show. It aired from 1983 through 1987, and this is one of the six vans used in the promotion. It wasn't used on the actual show, but with the odometer showing 90,297 miles, it's certainly seem some time on the road. Furthermore, we don't know if it traveled with the automatic weapons in place, but they certainly add to the van's soldier-of-fortune charm. For that matter, so does the vintage CB radio mounted in the console above the driver.

Is This The Most Significant Surviving 'General Lee' Dodge Charger?

The auction description doesn't provide any details on the van with regards to features or condition. Provided everything is accurate with the VIN and our decoders, this started life as a three-quarter-ton Chevy van, running a 350-cubic-inch V8 engine. Information on the original conversion process isn't offered so at this point, what you see is what you get. It does look to be in fantastic shape, right down to the red turbine wheels with white-letter tires.

Ordinarily, a late-1970s Chevy van isn't worth much but when it comes to having a Hollywood connection, all bets are off. Any guesses as to what it will bring?