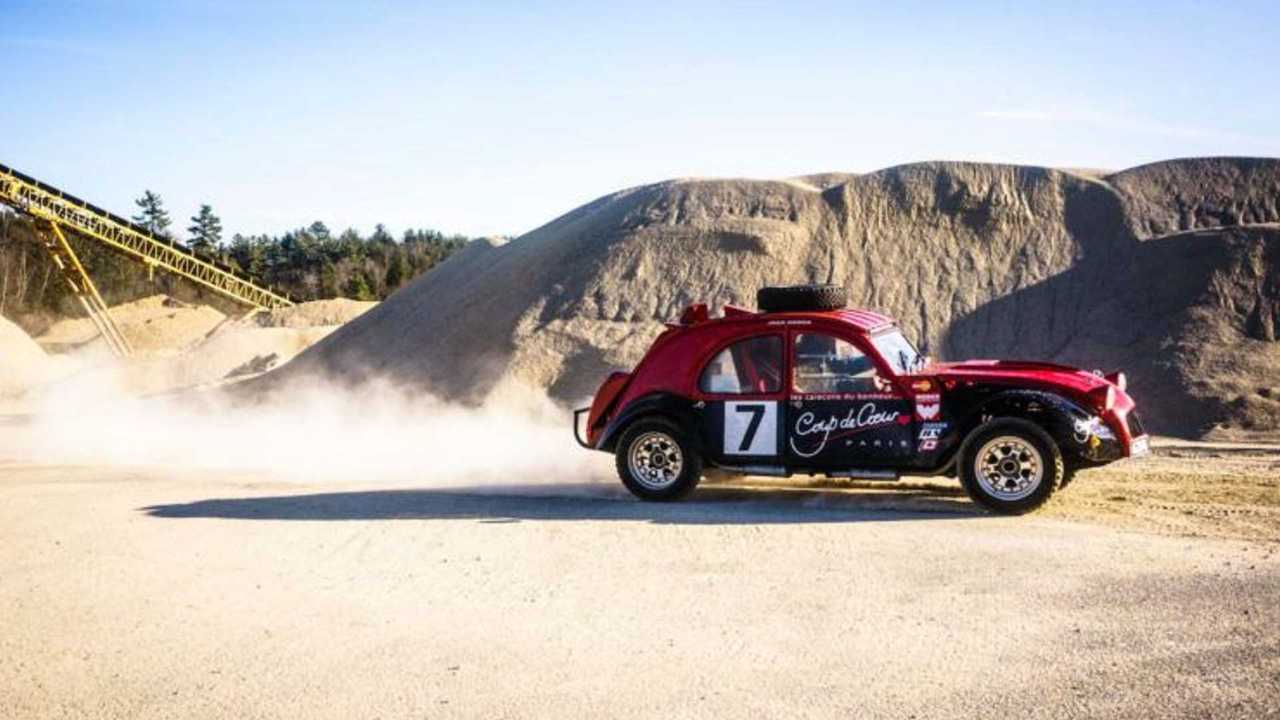 A French interpretation of the Baja Buggy?

The Citroen 2CV can mean many different things to those in the automotive space. To most, it’s an incredibly simple French car for the people, but nobody on earth has ever thought to go desert racing in one until now. Frenchman Jack Hanon used the 2CV as a base to compete in the fearsome Rallye de l’Atlas, a 1,800-mile race across Morocco’s Atlas Mountains.

Hanon began by connecting two Citroën Ami frames together; allowing one engine at the front to power the front wheels and another at the back to provide drive to the rear wheels. The engine of choice for this peculiar creation is the flat-four from the French automaker’s GSA – both powerplants will keep their transmissions and use a shared gear lever and single clutch pedal.

Put together, both engines only produce a grand total of 130 horsepower (96.9 kilowatts) which isn’t a lot, but we’d be remiss not to mention that they sit in a very light package. Propulsion aside, the vehicle is much more than just a 2CV racer with two engines shoved into it. One of its party pieces lies in the independent suspension which allows for 12-inches of ground clearance.

The full build took every bit of 3,000 hours which was all completed in a garage just outside Paris in the suburb of Gennevilliers. We can’t be certain, but we’d like to think that this build was loosely inspired by the Citroën Sahara 4x4 which was factory-built with two engines.

Semantics aside, the 2CV is up for sale at $20,000 - $34,000; it competed in the Rallye de l’Atlas for a decade until Hanon and his wife took the car with them to Canada where Jack passed away in the mid-1990s. After going through new ownership, the car bears a New Hampshire, USA title but currently resides in Holland.